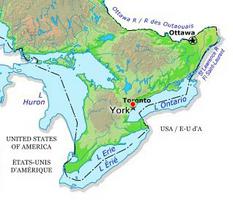 York, Ont, is an urban community within the city of TORONTO and is separated from Etobicoke by the Humber River.

The township of York was first surveyed in 1791 and the first settlers took up land in the township in 1796. By the early 1800s the community had grown to include a grist mill, several sawmills and taverns. The mouth of the Humber River served as a port for Lake Ontario commerce and a number of industries were operating on the river by the late 19th century. This area, close to the lake shore, continued to develop because of its proximity to the growing city of Toronto. By the early 20th century it had become an essential part of the Toronto urban area. In 1983 the township of York and the town of Weston incorporated into the city of York. On 1 January 1998, city status was dissolved when York was merged into the new city of Toronto. 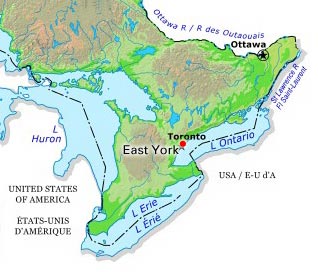