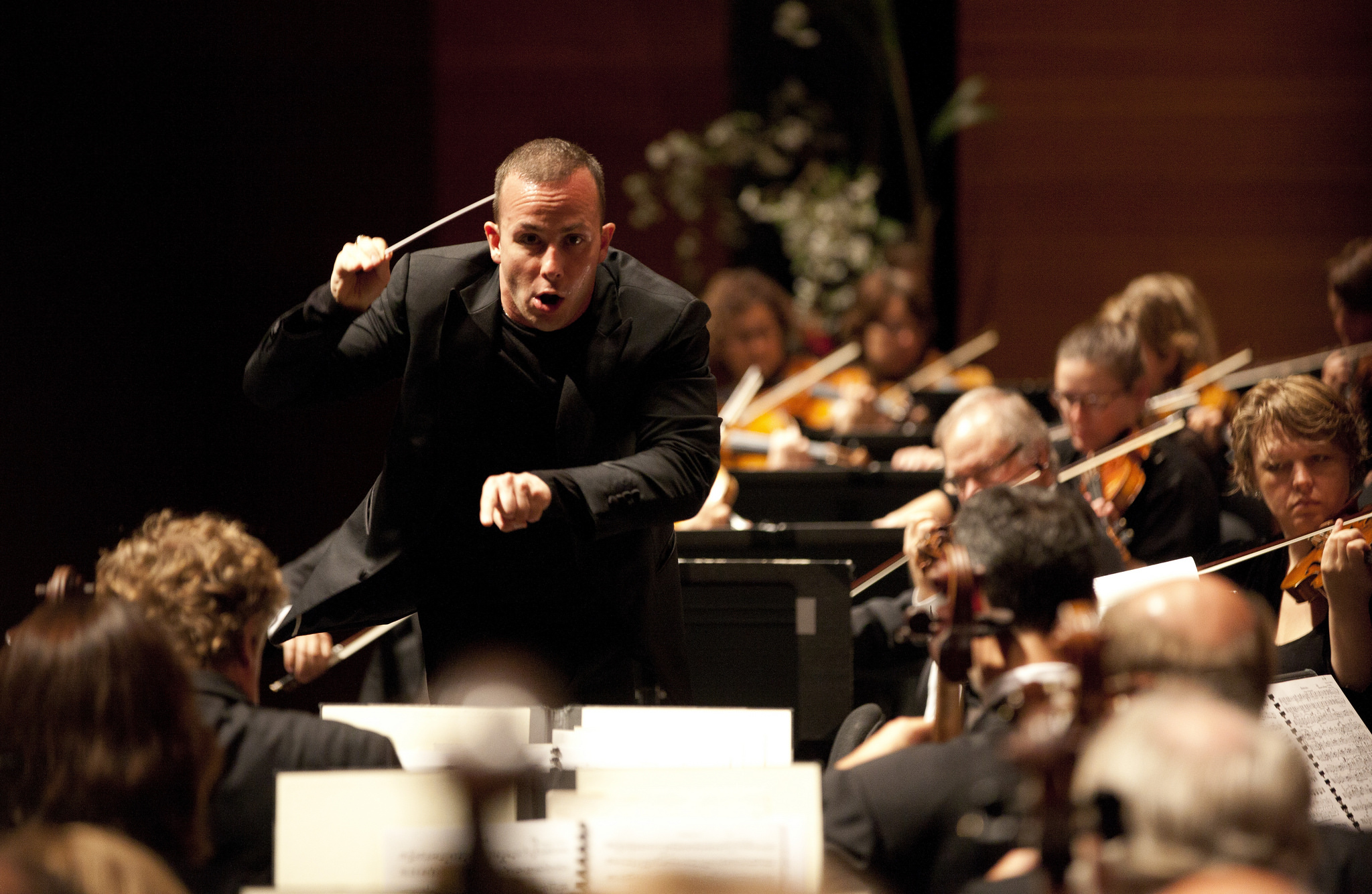 Yannick Nézet-Séguin began piano lessons at age five. At age 10 he expressed an interest in conducting, after seeing Charles Dutoit conduct the Montréal Symphony Orchestra. At age 13, he became the youngest student to enter the Conservatoire de musique du Québec à Montréal, where he studied piano with Anisia Campos as well as chamber music, composition, conducting and. He earned premier prix diplomas in piano, solfège, harmony and counterpoint, as well as obtaining a graduate diploma in 1997. His mother, a professor of education, told the Globe and Mail in 2016, “He could have been an architect or anything but he had it all figured out.”

In 1994, at age 19, Nézet-Séguin was named music director of the Choeur polyphonique de Montréal. His first professional position came in June 1998, when he became chorus master and assistant conductor of the Opéra de Montréal, a position he held until 2002. In 2000, he was appointed artistic director of the Orchestre Métropolitain in Montréal (where, after contract renewals, he will remain until the end of the 2020–21 season). Also in 2000, he was recognized with the Canada Council’s Virginia Parker Prize, the first of many national and international awards.

Nézet-Séguin conducted an acclaimed interpretation of Lakmé for Opera Ontario in 2003. Also that year, he began an appointment as principal guest conductor of the Victoria Symphony, which he held until 2006. He was also taken on by the Askonas-Holt arts management agency, known for representing prominent conductors.

Under the aegis of Askonas-Holt, Nézet-Séguin’s orchestral career began to grow in Canada, where he has since conducted every major orchestra. In Europe, he made his debut with the Orchestre National du Capitole de Toulouse in 2004. He also received increasing accolades as an opera conductor, with engagements at the Opéra de Montréal, the Vancouver Opera (Faust, 2006) and the Canadian Opera Company (Faust, 2007). He has performed at venues in Europe such as the Liceu in Barcelona, the Royal Opera House in London and La Scala in Milan, and worked with performers such as Bryn Terfel, Renée Fleming and Ewa Podleś. Nézet-Séguin’s first appearance at the Salzburg Festival (2008) directing Gounod’s Roméo et Juliette resulted in a Deutsche Grammophon video release in 2009. 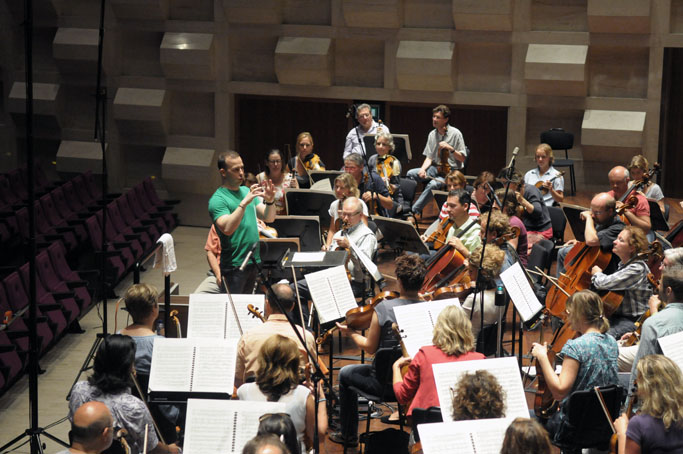 Nézet-Séguin also began to establish himself in the United States, guest-conducting the Boston Symphony Orchestra and the Los Angeles Philharmonic in 2009. In 2010, he was the subject of Theodore Ushev’s National Film Board short documentary,  Yannick Nezet-Seguin: No Intermission and won the Governor General’s National Arts Centre Award. In 2012, he embarked on a third, concurrent post as principal conductor of the Philadelphia Orchestra (replacing  Charles Dutoit), continuing until 2026. He made his Carnegie Hall conducting debut performing Verdi’s Requiem — characterized by National Public Radio (NPR) as “a conductor’s dream come true” — with the Philadelphia Orchestra in 2012.

In 2013, he conducted Lohengrin (his first Wagnerian opera and a Québec premiere) at Québec’s Lanaudière Festival. He has also conducted in Austria, Belgium, France, Germany, Italy (La Scala), Sweden, Switzerland, Australia, New Zealand, Japan and the United Kingdom. He has conducted at the BBC Proms and has appeared at such music festivals as Vail, Saratoga, Mostly Mozart, Edinburgh, Lucerne and Salzburg, among others. He has also had engagements with the Chamber Orchestra of Europe and was artist-in-residence at Konzerthaus Dortmund in Germany.

Yannick Nézet-Séguin with the Metropolitan Opera

In June 2016, The Met announced that it had appointed Nézet-Séguin as music director designate. He was set to take up the baton beginning in the 2020–21 season. However, after his predecessor, James Levine, was fired from his emeritus role following sexual misconduct allegations, the Met changed Nézet-Séguin’s start date to the beginning of the 2018–19 season. He is the second Canadian to whom The Met, the largest performing arts institution in the US, has entrusted its artistic vision, the first being Edward Johnson, the Met’s general manager from 1935 to 1950.

Nézet-Séguin’s additional appearances in Canada have included conducting the Toronto Symphony Orchestra as a last-minute replacement in 2004, leading to annual visits there as guest conductor. Also that year, he led an orchestra for the Genie Award-winning feature film Head In The Clouds (2004). He also guest-conducted the National Arts Centre Orchestra in Ottawa in 2010 and 2013. In 2011, he was awarded the Prix Denise-Pelletier, and in 2015 he directed Richard Strauss’s Elektra with Opéra de Montréal.

Nézet-Séguin has made more than 20 recordings with the ATMA label since 2003 as both conductor and pianist. For Deutsche Grammophone, he embarked upon a series of recordings of all seven of Mozart’s operas, as well as a variety of symphonic works. He has also recorded for the EMI/Virgin Classics label. With the Orchestre Métropolitain, Nézet-Séguin has earned several Opus and Félix Awards; he was also nominated nine times for Juno Awards from 2004 to 2015.

Yannick Nézet-Séguin is married to Pierre Tourville, a violist with the Orchestre Métropolitain. The couple have resided in New York City since Nézet-Séguin’s appointment with the Met. The five-foot-six conductor was nicknamed “Mighty Mouse” by mezzo-soprano Joyce DiDonato for his “incredible amount of energy and super-heroic disposition, wrapped in a more compact package.” He reportedly wears superhero underwear as a good luck charm whenever he conducts an orchestra.

Known for his energy, charismatic presence and cooperative demeanour, Nézet-Séguin is popular with the orchestras he has conducted and has been invited back repeatedly. Though critics have tried to classify his style, he has remained defiantly eclectic, preferring not to specialize in any given repertoire. In addition to operas, he conducts a variety of symphonic works from early music to contemporary composers. Ballet is another of his strengths, ranging from The Rite of Spring to The Nutcracker. The Montreal Gazette’s Arthur Kaptainis observed in 2007 that “whatever orchestra he conducts, he has an artistic calling. It is remarkably protean and free.” The New York Times stated that Nézet-Séguin is “widely considered to be one of the most talented conductors of his generation.” 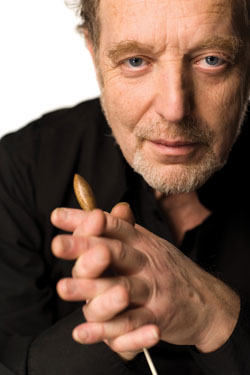