Wolf Koenig, director, producer, cinematographer, editor, animator (born 17 October 1927 in Dresden, Germany; died 26 June 2014 in Toronto, ON). A multi-talented and innovative artist, Wolf Koenig spent 47 years at the National Film Board of Canada (NFB), where he contributed to some of the most prestigious documentary, experimental and animation films in the history of the NFB.

Koenig’s family left Germany in 1937 and settled in Galt (now Cambridge), Ontario. He joined the NFB in 1948, famously straight from his parents' farm. An NFB crew from the agricultural unit was filming near the family property, and the inquisitive Koenig approached the crew, which included director Raymond Garceau, and told them he hoped someday to be a filmmaker. Garceau suggested Koenig submit an application and six weeks later he was offered a job at the NFB.

In the early 1950s, Koenig filmed Norman McLaren's Oscar-winning Neighbours (1952). He also worked on Colin Low's animated short The Romance of Transportation in Canada (1952) —an Oscar nominee for best short subject that received a special BAFTA Award — and was the cinematographer on Low's 11-minute masterpiece, Corral (1954). With Roman Kroitor, Koenig directed the visually innovative City of Gold (1957), a film that brought historical photographs of the Klondike Gold Rush to life. City of Gold won the Canadian Film Award for film of the year, was an Oscar nominee for short documentary and won first prize at the Cannes Film Festival for documentary short.

As one of the leading members of the direct cinema movement at the NFB's Unit B (along with Terence Macartney-Filgate, Kroitor and producer Tom Daly), Koenig made a major contribution to the influential Candid Eye series (14 films produced for the CBC, 1958–61), and directed the legendary Lonely Boy (1962) with Kroitor. The film, about pop sensation Paul Anka, is regarded as a pioneering rock documentary. It won Film of the Year at the 1963 Canadian Film Awards.

Koenig was the head of the NFB's English animation unit from 1962 to 1967 and from 1972 to 1975. In that position he photographed Arthur Lipsett's Experimental Film (1963); produced The Drag (1965), an Oscar nominee for animated short, and What on Earth! (1966), another Oscar nominee, with Robert Verrall; and was the executive producer on The House that Jack Built (1967), a third Oscar nominee and BAFTA nominee for best animated film. He also was the executive producer on Caroline Leaf's The Street (1976), based on a short story by Mordecai Richler, which won the Canadian Film Award for animated short and was an Oscar nominee.

Koenig received dozens of other honours and awards during his long career, including the 1984 Genie Award for best theatrical short as producer on Ted Baryluk's Grocery, and two earlier Canadian Film Awards: best TV information film for Stravinsky (1965; the last film he directed with Kroitor) and best documentary short for the live-action/animated The Hottest Show on Earth (1977), hosted by David Suzuki. Other notable films include Gold (1955; Canadian Film Award for best theatrical short) and To See or Not to See (1969; Canadian Film Award for film of the year and Golden Bear for short film at the Berlin Film Festival). He also co-produced Alanis Obomsawin's Kanehsatake: 270 Years of Resistance, about the 1990 Oka standoff, which was named Best Canadian Feature Film at the Toronto International Film Festival and received a Genie Award nomination for best documentary.

Koenig retired from the NFB in 1995 with a credit list of more than 170 titles. 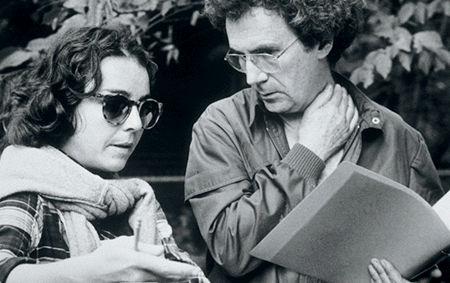