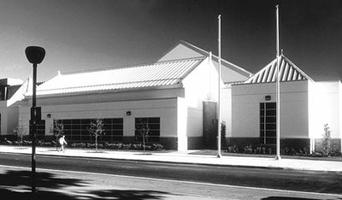 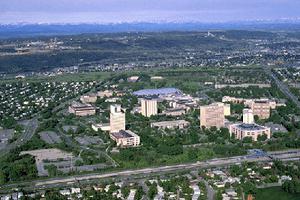 The University of Calgary, CALGARY, Alta, was founded in 1966. University of Calgary began in 1946 when Calgary Normal School became a branch of the Faculty of Education of the Edmonton-based UNIVERSITY OF ALBERTA. Gradually, introductory courses were offered in arts, science, commerce and engineering under the respective Edmonton faculties. Known as the University of Alberta, Calgary Branch, it moved to its present campus in 1960. In 1963 department heads were established for the faculties of arts and science, education and physical education, and for a division of engineering. The university became fully autonomous in 1966. Mount Royal College and Medicine Hat College have been affiliated with U of C since that time.

By 1969 the U of C had established many of the programs offered by larger Canadian universities. In 1991, the year of its 25th anniversary, the U of C had more than 20 000 full-time and part-time students, with almost 4000 academic and staff positions. There were more than 30 buildings, 16 faculties and 49 programmes leading to bachelor's, master's, doctoral and professional degrees. Today the university has more than 60 academic departments and major program areas.

The U of C houses many research institutes, centres and groups investigating a wide variety of topics such as the Arctic, law and the family, energy, the environment, petroleum engineering, the humanities, software research and development and transportation. About 75 chairs and professorships in such areas as American studies, schizophrenia, project management, cancer and intelligent manufacturing attract renowned scholars and leading researchers to the U of C. Some unique programmes offered at U of C include Outdoor Pursuits; Social Work; Natural Resources Law; Geomatics; an Executive MBA in co-operation with University of Alberta; Archaeology; Primatology; and a web-based Bachelor of Nursing.

The U of C is Calgary's fourth largest employer. Its motto "I will lift up my eyes" (in Gaelic) and its colours are scarlet, yellow and black. There are currently 23 000 full-time and 2400 part-time students attending the U of C.