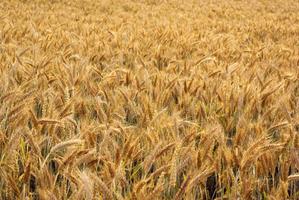 Triticale (Triticosecale Wittmack), the first man-made crop species, is initially produced by crossing wheat (genus Triticum) with rye (Secale), and resembles wheat. Treatment with the chemical, colchicine, restores fertility to the otherwise sterile hybrid. The development of triticale as a cereal crop in Canada first began in 1954 at University of Manitoba, Winnipeg. Triticale is still a minor crop in Canada. Triticale grain is used either as a human food (bread and pastry products and in the brewing industry) or as a livestock feed. Relative to wheat, triticale grain is high in lysine, a component of protein required by humans and most other animals for normal growth and development. Hence, triticale is expected to assume an increasingly important role as a food grain in regions in which cereal crops already constitute the main dietary source of protein.