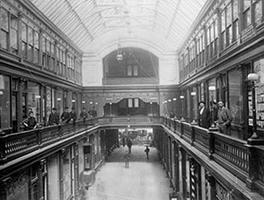 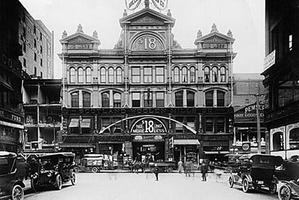 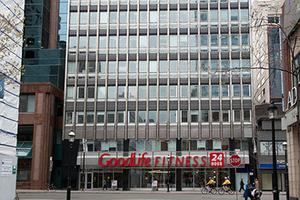 The Arcade was demolished in 1955 and replaced by the present Arcade building (photo by James Marsh).
PreviousNext

The Toronto Arcade at 137 Yonge St was built to provide commercial space that would attract customers to an indoor "street." The origins of such buildings date to diverse sources, but the greatest of all arcades was the Galeria Vittorio Emmanuelle II in Milan (1865-67). In Toronto, the Arcade enabled shopkeepers to meet the challenge from the new department stores, such as Eaton's and Simpson's.

The Toronto Arcade, which opened to the public in the summer of 1884, was the first such building in Canada and represented a change comparable to the development of suburban malls in the 1950s and 1960s. "The most notable addition to Toronto's architecture," declared the Daily Mail, "is, without doubt, the Arcade." It was praised for furnishing a delightful promenade and a shelter from rain or sun.

The use of cast iron and glass created a tall interior space bathed in natural light. There were shops on the ground floor, shops and offices on the second, connected by a balcony, and on the third floor was a mixture of offices and artists' studios. The central roof was entirely made of iron-framed glass. Extensive detail added to the attraction of the Arcade, with Corinthian capitals on the piers and gaslights mounted on tall standards.

The Yonge Street façade was the most impressive feature, constructed of contrasting brick and Ohio sandstone. The two-storey arch in the centre beckoned passers-by. The Arcade stood until 1955 when it was demolished and replaced by the present office building of the same name. Today the arcade principle is much in vogue and was a motivating factor in the design of the Eaton Centre and innumerable other malls across Canada. (See shopping centre).