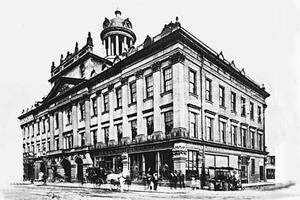 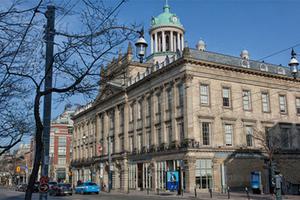 The Toronto convention offered African American leaders a safe haven to meet publicly with abolitionists from Canada, the United States and Britain without fear of violent reprisal.

One of Toronto's most beautiful buildings, St. Lawrence Hall at 157 King St. E was designed by architect William Thomas, otherwise known for Brock's Monument, his famous monument to Sir Isaac Brock at Queenston Heights. Thomas' masterpiece, with its classical Corinthian-columned front and domed cupola, was Toronto's ultimate representation of civic pride. Its grand 30-metre hall witnessed the city's first performance of Handel's Messiah in 1857, and sold out concerts by "Swedish Nightingale" Jenny Lind. Some 500 Reformers met here in the Convention of 1859 and adopted a federation project, which eventually led to Confederation. Other uses included boxing and high-wire demonstrations.

For a number of years St. Lawrence Hall was the home of the National Ballet of Canada. The building was designated a National Historic Site in 1967 and underwent thorough restoration that year as the city's Centennial project.