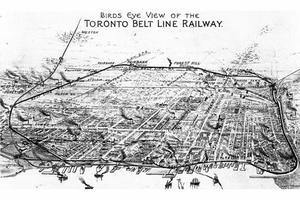 Map of the Belt Line Railway published in a promotional booklet by the railway (public domain). 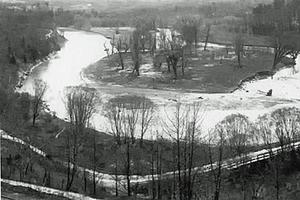 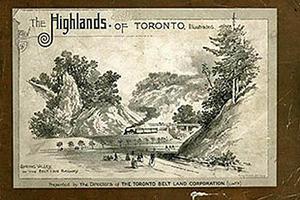 In 1889 a group of Toronto businessmen, excited by the growth of the city and its suburbs in the late 1880s, proposed to link the outlying areas to downtown with a new steam railway that would encircle the entire city.

The Toronto Belt Line Railway began operating in 1892 around two separate track loops that centred at Union Station. Other stations were located at Forest Hill west of Bathurst, Fairbanks Station at Dufferin St, Eglinton Avenue, Yonge Street and south of Moore Avenue. The fare between any two stops on the line was set at 25 cents.

Unfortunately, an economic depression halted new residential construction. Sir William Mackenzie's Toronto street railway siphoned off much of the traffic and the Belt Line shut down in 1894. Portions of the line were used by freight trains but Toronto would not have an extensive commuter train operation again until 1967, when the provincial government established GO Transit. Although the Belt Line railway tracks are gone, the roadbed has evolved into one of Toronto's most popular recreational trails. The only surviving relic of this "premature" railway is a stone bridge pier on the east side of Yonge Street. 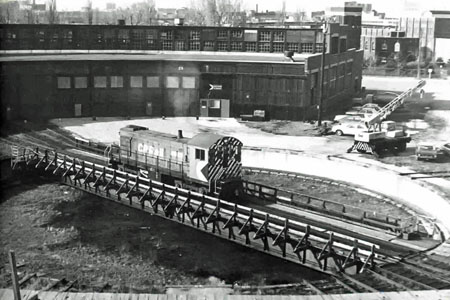 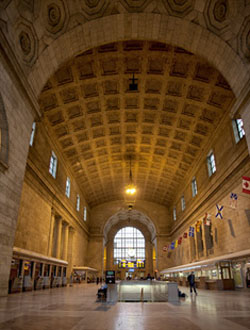