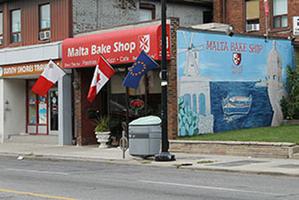 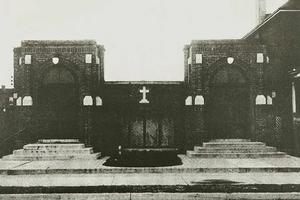 The first St Paul the Apostle church was completed in September 1930 (public domain). 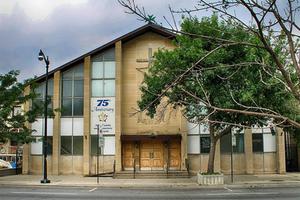 Malta may be one of the world's smallest countries, but at one time Toronto was home to two different Maltese neighbourhoods: one in the Junction, and one downtown, near Dundas and McCaul.

When Maltese immigrants arrived in Toronto in the early 20th century, fleeing over-population and unemployment, many of them were unable to speak English. Although they were able to get by, they found themselves unable to take part in every aspect of their Catholic faith, as there were no Maltese-speaking priests who could hear their confessions. Several Maltese priests visited Toronto in the years between the world wars, and found themselves listening to several years' worth of confessions! These priests soon started the ball rolling towards establishing a Maltese church in Toronto.

St. Paul the Apostle Catholic Church was established for the Maltese Catholic community in 1930, starting as a simple basement church. By the 1940s, the Junction had become the centre of Toronto's Maltese community and as immigration increased after the Second World War a larger church was needed. In 1956, a new building was erected, and a rectory and an auditorium added four years later. Franciscan fathers of the Province of Malta run the parish.

In recent years, the stretch of Dundas between Runnymede and Clendenan has been recognized on street signs as "Little Malta," and is one of the few Maltese neighbourhoods outside of Europe.