This content is from a series created in partnership with Museum Services of the City of Toronto and Heritage Toronto. We gratefully acknowledge funding from the Ontario Ministry of Tourism, Culture and Sport, and the Department of Canadian Heritage. 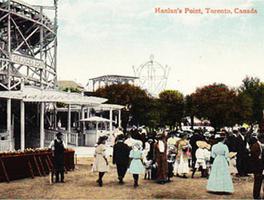 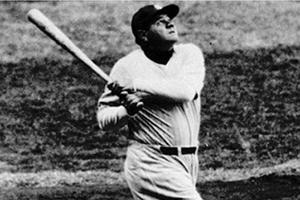 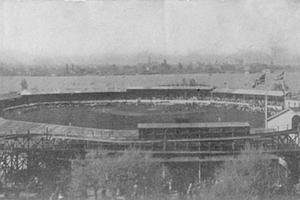 Stadium at Hanlan's Point, circa 1907. An airport was built on the stadium and amusement park sites (public domain).
PreviousNext

In the late 19th and early 20th centuries, Hanlan's Point on the Toronto Island was Canada's answer to Coney Island. It had a vaudeville theatre, dance floors, an amusement park, a roller coaster called "The Big Scream," and a baseball stadium. It was here in 1914 that 19-year-old Babe Ruth hit his first professional home run.

According to legend, Ruth swatted the ball all the way into Lake Ontario. Ruth was promptly summoned to the majors by the Boston Red Sox and as a Yankee became the most famous baseball player of all time. Though now renowned for his hitting, at the time Ruth was also a pitcher, earning the description "southside phenom" from the Toronto Daily Star.

The Toronto Maple Leafs baseball team that played at Hanlan's Point moved to the mainland in 1926. The amusement park closed in the 1930s to make way for the new Island Airport (now called the Billy Bishop Toronto City Airport), which was built on new lakefill and the stadium site.