The Guild became a beautiful graveyard for remnants of some of Toronto's grandest late-19th and early-20th-century buildings, including this arch from the Bank of Toronto (photo \u00a9 2012 by James Marsh). 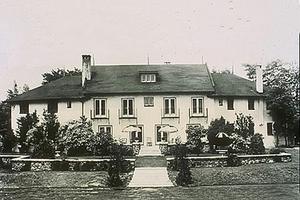 The former Bickford House prior to expansion as the Guild Inn, circa 1920s (courtesy Guildwood Village Residents Association). 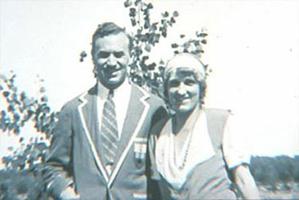 In 1914, Colonel Harold Bickford built Ranelagh (also Ranleigh) Park, a 33-bedroom villa with stables and acreage. It passed through other hands before it was purchased in 1932 by an idealistic Toronto heiress and her new husband, who transformed it into the Guild of All Arts, a community of crafts people and artists dedicated to the inspiring value of well-made, beautiful things.

Rosa Breithaupt Hewetson and Spencer Clark were inspired by the famous Roycroft colony in New York, which valued practical, well-designed, handmade objects. They put their beliefs into action by converting their home into a workplace for artists in many media, from pottery and woodwork to painting and sculpture. Converting the stables and building workshops, they provided space and even homes for artists who would otherwise have nowhere to work. The Guild grew to include 500 acres.

The Guild's activities were interrupted by the Second World War, when the Canadian government requisitioned the property as a training school (HMCS Bytown) for the Women's Royal Canadian Naval Service (WRCNS) and then a convalescent hospital. After the war, faced with rising property taxes, the Clarks used part of the property to develop Guildwood Village, a planned residential community, and the Guild Inn. Throughout the property, the Clarks installed pieces of Toronto architecture salvaged from the heritage buildings that developers were razing at an alarming rate.

In 1978, Metropolitan Toronto and the Ontario government purchased the Guild property and created Guildwood Park. It remains a testament to a visionary and dedicated couple. 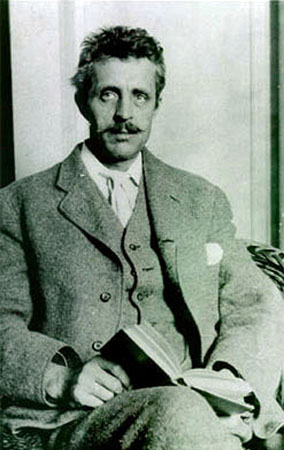