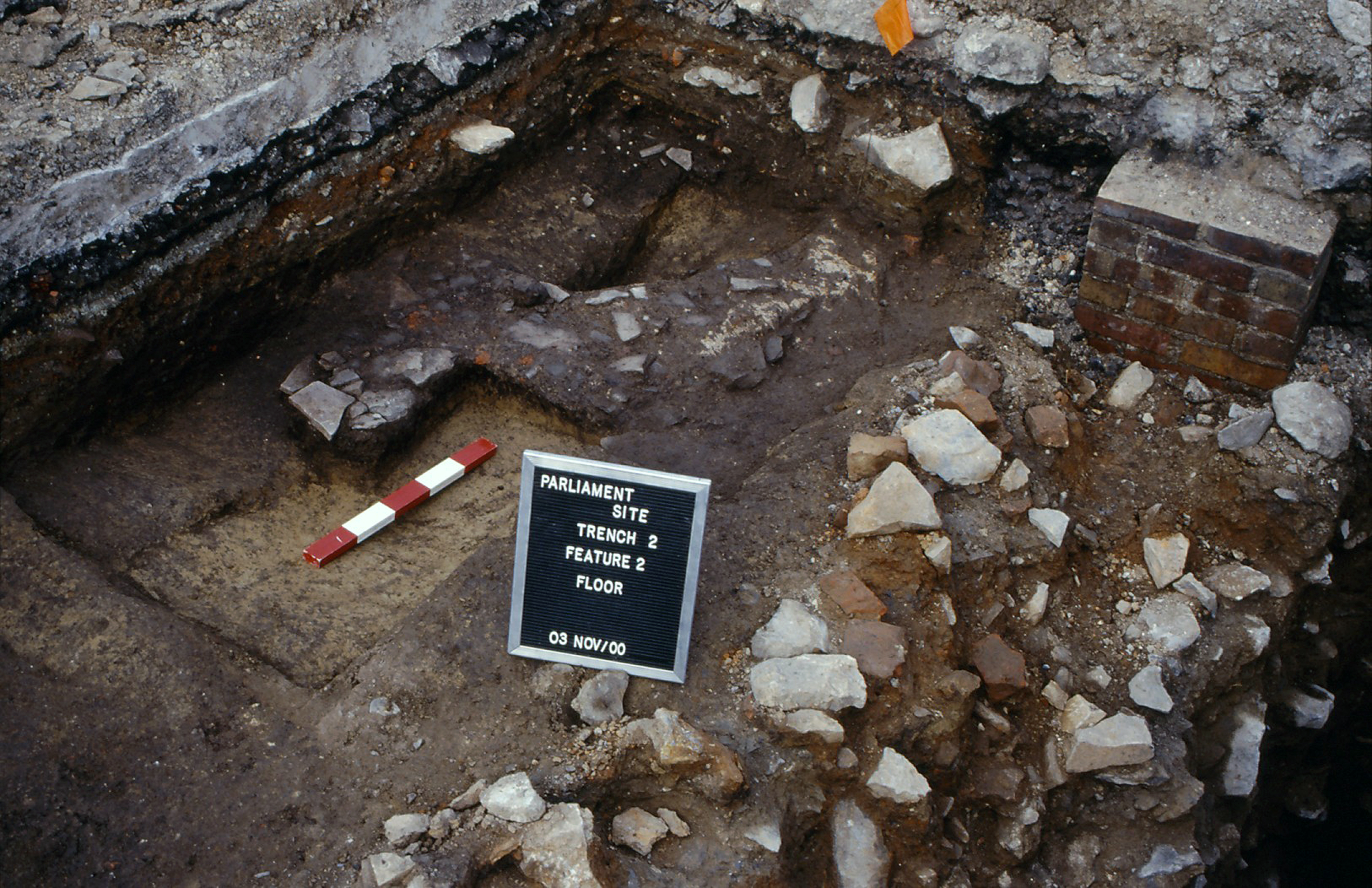 Archaeological dig at the site of a former car wash, originally the site of the first Parliament Buildings in Toronto. The Parliament's burned floor boards are visible in the area adjacent to the scale. 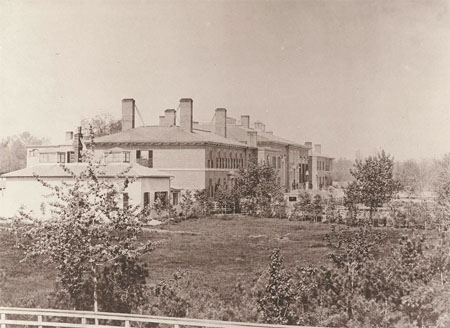 These parliament buildings on Front Street were constructed in 1832, and were the third for the province (not counting itinerant stops in various other locations). (courtesy City of Toronto Archives/Fonds 1498, Item 10). 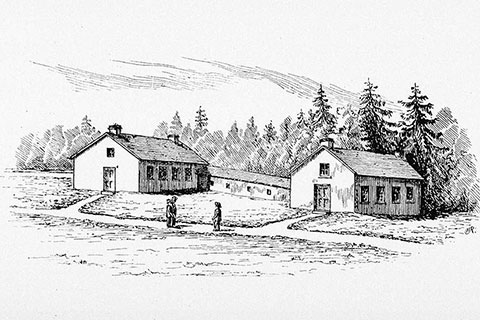 A 1910 drawing of Ontario's first Parliament Buildings, located near the Don River. The parliament building and the courthouse were identical and connected by a covered walkway. They were destroyed in an American attack on York on April 27, 1813 (courtesy City of Toronto Archives/Fonds 1231, Item 2076).
PreviousNext

You never know what's under your feet. The site of Ontario's first parliament buildings was long known to Torontonians, but that site had since been occupied by a jail, then built over for a Consumer's Gas plant. But when archaeologists looked at the maps, they thought a corner of the foundation of the Parliament Buildings might not have been disturbed. They were right. A few feet below the pavement of a car wash parking lot, they found the charred bricks and remains of burned floorboards of Ontario's first Houses of Parliament. The buildings had been burned during the American occupation of the Town of York (now Toronto) after they had taken the town in a battle in 1813.

Officially opened in 1797, Ontario's first purpose-built parliament buildings stood on the southeast corner of Palace (now Front) and Berkeley streets. They were the first buildings in the fledgling Town of York to be built of brick. Essentially two small buildings, one housed the equivalent of today's House of Commons, the other the Senate. They also housed the courts of justice, and before the first St James Church was built in 1807, the services of that congregation.