Theodore Frederic (b Johann Friedrich) Molt. Teacher, writer, pianist, organist, b Gschwend, near Stuttgart, 13 Feb 1795, d Burlington, Vt, 16 or 19 Nov 1856. The son of a Lutheran organist and schoolteacher, he received his first music lessons from his father and an elder brother. Soon after entering university he became a soldier in Napoleon's army and was accountant and assistant paymaster of his regiment. 'They reached Waterloo on the day of the battle [18 Jun 1815], too late to participate in the strife, but not too late to survey that fatal field, strown [sic] with the dead and dying - a scene which ever after lived in vivid remembrance in his mind' (Converse). After leaving the army, he studied music and in 1822 he went to Quebec.

In Quebec, Molt established himself as a teacher of 'piano forte, thorough bass and music' (Quebec Mercury, 21 Jun 1822); in 1823 he married Henriette, a pianist and daughter of F.H. Glackemeyer, and in 1824 he formed a Juvenile Harmonic Society, which featured recitals by his pupils. However, in June 1825 he had his household goods and musical instruments auctioned and left for Europe to further his education. When he returned a year later he announced that he had meanwhile studied with Beethoven, Czerny and Moscheles (Quebec Gazette, 8 Jun 1826). Converse adds the name of Schubert.

Only the visit to Beethoven is documented in musical literature and it is obvious that Beethoven did not provide any lessons. Introducing himself in writing to the deaf composer, Molt said 'I am a music teacher in Quebec in North America. Your works have delighted me so often that I consider it my duty to pay you my personal gratitude.' A few days later he wrote a letter to Beethoven, including a blank sheet on which he asked the composer to write 'from his great soul' a souvenir 'which shall remain for me in a distance of nearly 3000 hours (whither I am travelling again from here) an eternally precious document' (Thayer, German edn only, ed Riemann, Leipzig 1923; transl H. Kallmann).

Beethoven complied and on 16 Dec 1825 (his 55th birthday) presented to Molt the canon 'Freu Dich des Lebens' (Kinsky, works without opus no. 195). The manuscript, once in the possession of one of Molt's sons, was acquired in 1933 by the Berlin antiquarian J.A. Stargardt. Some 30 years later it turned up at a New York autograph auction, and in 1966 the Montreal bibliophile Lawrence Lande (see Lande Collections) acquired the manuscript from the purchaser. The National Library of Canada bought it in 1979. (The canon forms the basis of Alexander Brott'sParaphrase in Polyphony, 1967.)

Molt taught piano, organ, violin, voice, and thorough bass both privately and institutionally 1822 (or 1823)-5, 1826-33, and 1841 (or 1840)-9 in Quebec City (Séminaire de Québec and Hôpital Général de Québec), and 1833-41 (or 1840) and 1849-56 in Burlington, Vt (from 1835 at the Burlington Female Seminary), interrupted briefly in 1837 by an attempt to establish himself in Montreal. Like F.H. Glackemeyer, he was a convert to Roman Catholicism and an organist-choirmaster (1841-9) at the Quebec Basilica. He was the first of this church's organists to play during the St-Jean-Baptiste celebrations. In the early 1840s at the Quebec Cathedral, he formed an amateur choir which later became the Société philharmonique. The 36-voice choir presented three concerts in 1844.

Molt was a hard-working and respected teacher and wrote several of the earliest musical instruction books to appear in Canada, including the first bilingual one. He began to publish a series of 'The favorites of Germany, a series of waltzes by different composers, selected and fingered for the pianoforte by T. F. Molt' but only one issue, a waltz by Bruno Held (no date) has been located. In 1841 he intended to publish accompanied church music in a monthly magazine. In 1842 he invited the public to submit songs for an anthology of Canadian chansons. He did publish the first version of his own setting of 'Sol canadien, terre chérie' (words 1829 by Isidore Bédard), one of the oldest Canadian patriotic songs. His other compositions include the song, 'Know'st Thou the Land' and, for piano, the Post Horn Waltz with Variations (both published in Philadelphia, probably in the 1830s) and Six Variations on 'Na bissel a Lieb und na bissel a Treu' by 'J.F. Molt from Gschwend' (preserved at the State Library in Berlin). The British Library owns Eight Airs for Two Performers on One Piano (London 1825?) and the Library of Congress four piano pieces by 'Molt' published in New York 1840-1. Pazdirek's Universal-Handbuch der Musikliteratur lists several others. A Theme and Variations for flute and piano was recorded in 1982 by the Ensemble Nouvelle-France (Siscom SC-08211/Harmonia Mundi HMB-5145). Of his accompaniment to 'Myrtillo's Lament' from Il Pastor fido, the London Harmonicon (1827) said 'so much bad taste, not to say error, in so short a space, we have rarely seen.' A Mass by Molt is preserved in manuscript at the Desrochers Collection of Laval University, and the NL of C owns two notebooks of 'Music sacrée.' Molt obtained a patent in 1832 for his Chromatometer (see Inventions and devices).

New and Original Method for the Pianoforte (Burlington 1835)

The Pupil's Guide and Young Teacher's Manual, or The Elements of Piano Forte Playing (Burlington 1854, copyright 1855) 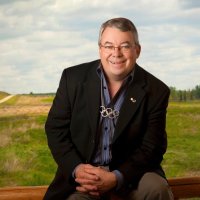