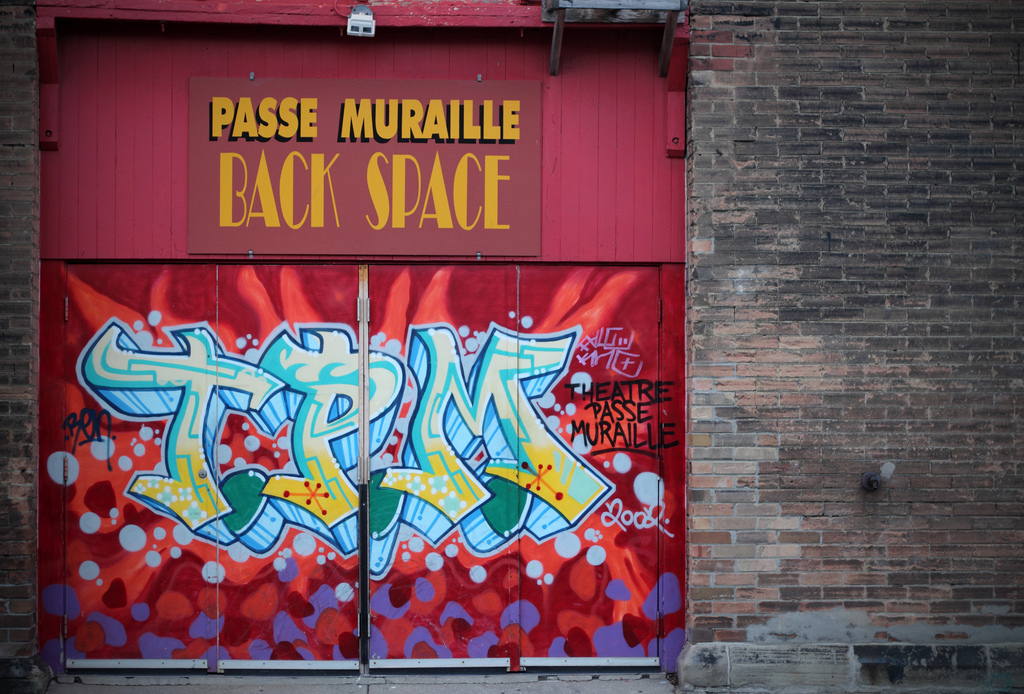 The backstage entrance to Theatre Passe Muraille in downtown Toronto.

Theatre Passe Muraille was founded by Jim Garrard in 1968. Based in Rochdale College, at the time North America’s largest free university and a radical student residence, Theatre Passe Muraille aimed to break down the barriers between audience and performers by stressing theatre as an event.

The company gained notoriety in 1969 with a production of Rochelle Owens’s Futz, an avant-garde piece about a farmer who outrages a small town in rural America by engaging in sexual activity with his pet pig. Obscenity charges were laid against the producers, director, actors and stage crew, but subsequent convictions were eventually overturned. Garrard moved the company to a church hall at 11 Trinity Square, producing such plays as Jean Genet’s The Maids and Lanford Wilson’s Home Free, both featuring a young Kate Nelligan.

After a financial crisis, the first of several that the company would weather, Garrard resigned in 1969. From 1969 to 1971 Martin Kinch headed an artistic triumvirate that included playwright John Palmer and Paul Thompson before passing the reins to Thompson in 1972.

With its overt nationalism and pioneering spirit, Thompson's company attracted talented performers and writers such as John Gray, Carol Bolt, Rick Salutin, Hrant Alianak, Saul Rubinek, Nick Mancuso and Louis del Grande. In shows such as Doukhobors (1971), Thompson developed the cooperative, actor-driven form of playwriting known as collective creation; other notable shows in this style included The Farm Show (1972); 1837: The Farmers' Revolt (1973), written with Salutin; and I Love You, Baby Blue (1975). Its nudity and scathing examination of moral standards made I Love You, Baby Blue both controversial and popular, enabling the theatre to buy its present home, a former bakery and candle factory at 16 Ryerson Avenue.

Paul Thompson retired in 1982 and was succeeded by Clarke Rogers, who continued the theatre’s fierce commitment to new Canadian work. Although standards fluctuated, some interesting writers were showcased, including Sally Clark and Brad Fraser. Linda Griffiths’s string of achievements continued with O.D. on Paradise (1983) and Jessica (1986). From 1984 to 1988, Griffiths was associate artistic director, returning in 1995 as playwright-in-residence with her play The Duchess: a.k.a. Wallis Simpson (1998). 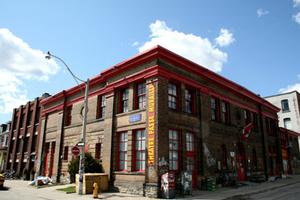 Layne Coleman, who had acted at the theatre in the 1970s and was associate artistic director under Rogers in the 1980s, became interim artistic director in 1991. Coleman worked with general manager Colin Rose to rescue the company from severe financial instability by helping to lead a fundraising campaign. Susan Serran, who was artistic producer from 1992 to 1997, continued Passe Muraille’s commitment to new work with a strong emphasis on political activism. Among the highlights of her five-year tenure were 1994’s The Last Supper (in association with DNA Theatre and Platform 9), Still the Night by Theresa Tova (1996) and a revival of John Mighton’s Governor General’s Award-winning play, Possible Worlds (1997).

Coleman stepped in again as interim artistic director in 1997, reviving Passe Muraille/Salutin’s 1937: The Farmers' Revolt for the company’s 30th anniversary (and the play’s 25th). When Coleman accepted a two-year appointment in 1998, he articulated his philosophy in a bio piece in the Toronto Star: “Passe Muraille, at its best, has always been alive and even dangerous. I know some people don’t like that. Some people like their art to be more rigorously controlled, manipulated and polished... More and more, I want to treat the theatre like a gallery where different artists come in and present their work. I want us to speak to each other through the work, rather than in long meetings about dramaturgy and finding the perfect play structure.”

By the late-1990s, Theatre Passe Muraille again faced a serious financial deficit. Serran and Taylor left, and Andrea Geddes Poole took over as general manager at the start of the 1996–97 season. Coleman would now be the only resident play director at the theatre. 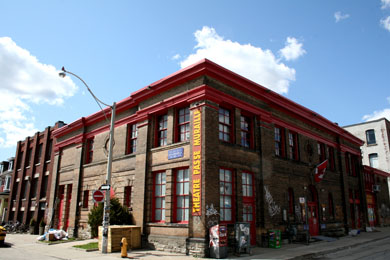 Under Coleman, the 1998–99 season brought two critical successes: Michael Healey’s The Drawer Boy, loosely based on the creation of The Farm Show, and Aurash, a Persian fable translated and adapted by Soheil Parsa and Brian Quirt. Healey’s play was remounted the following season, the success of which convinced Coleman to continue on as artistic director, a position he held until retiring at the end of the 2006–07 season. In 2002, In the Wings received some critical praise as an adaptation of the last novel written by Coleman’s late wife, journalist and author Carol Corbeil, which dealt with an alternative theatre’s staging of Hamlet (Theatre Passe Muraille had staged Shakespeare’s play featuring Coleman in the title role in 1983). In 2003, trey anthony’s Da Kink in My Hair, picked up after its premiere at the 2002 Toronto Fringe Festival, enjoyed a sold-out run and set box-office records.

By the end of 2006, in the midst of what it called a “tight, clean and streamlined” season of three Mainstage plays, the company was mired in a $500,000 debt — nearly half of its annual operating budget. The board once again publicly referred to the situation as critical. Coleman announced his resignation effective at the end of the season.

Andy McKim was named Coleman’s successor. The 2007–08 season marked the theatre’s 40th anniversary, and The Drawer Boy (the play reported to be the “most widely produced play in North America” the previous year) headlined McKim’s first season as artistic director.

In a headline-making turn of events, the City of Toronto purchased the company’s Ryerson Avenue building for $1.2 million, leasing it to a nonprofit management group to sublease it back to the company for $2.00 per year and $20,000 in annual upkeep. This relieved what the city acknowledged to be a crippling debt load that would otherwise have forced the company to shut down operations.

The company continued to support many smaller theatre companies. The 2008–09 season included six coproductions and three collaborations that would be produced in-house, including one directed by former artistic director Layne Coleman. Collaborations with Groundwater Productions, Alameda Theatre Company, Outside The March and Cahoots, among others, were common occurrences.

McKim’s direction continued the company’s commitment to collective creation and diversity, bringing new voices and stories to the stage. Shows like Carmen Aguirre’s Refugee Hotel (2009), coproduced with Alameda Theatre; Anusree Roy’s Letters to my Grandma (2010); Maja Ardal’s The Cure for Everything and Pamela Sinha’s Dora Award-winning Crash (2012) show a sample of the productions that reflect the multicultural makeup of Toronto.

The 2011–12 season — dubbed “The Season Beyond Walls” — marked a return to the company’s collective creation roots with Fare Game: Life in Toronto’s Taxis (2012) and This Must Be The Place: The CN Tower Show (2012). The same season saw the company take its name literally; with the help of a grant from the Metcalf Foundation, the company announced The Queen Street Project. Audience members were taken beyond the theatre walls to explore the theatre’s Queen Street neighbourhood. Patrons were sent with headphones to watch performers mingle with the general public.

The 2016 coproduction of Adam Pottle’s Ultrasound (with Cahoots Theatre) led to an increased effort at accessibility. The play featured deaf characters using American Sign Language as well as spoken English throughout the production. This became a jumping-off point for a new accessibility plan. TD Bank Group became the theatre’s Accessibility Sponsor. The company increased the number of ASL performances offered and introduced “Relaxed Performances” to welcome patrons, including those on the autism spectrum, who may not be comfortable with traditional theatre rules and performances. In 2017, the company added Audio Described Performances for blind and partially sighted audience members.

The 50th anniversary season in 2017–18 includes the return of The Drawer Boy alongside two coproductions with Buddies in Bad Times, as well as works by guest companies New Harlem Productions, Fixt Point, Pandemic Theatre and b current performing arts.