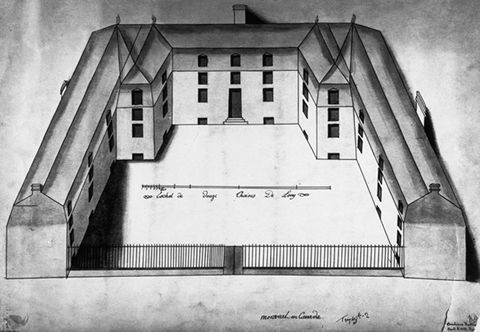 Sulpicians, society of diocesan priests founded in Paris in 1641 by Jean-Jacques Olier de Verneuil to put into practice the decisions of the Council of Trent (1545-1563) concerning the formation of diocesan clergy. The first foundation was the Seminary of St Sulpice, Paris; hence, their official name, the Company of Priests of St Sulpice. Olier can also be considered to be one of the founders of the city of Montréal; along with the Servant of God Jérôme le Royer de la Dauversière, he founded the Society of Our Lady of Montréal, in whose name Paul de Chomedey, sieur de MAISONNEUVE, led the expedition which founded VILLE-MARIE [Montréal] in 1642. In 1657 the Sulpicians arrived. Seigneurs of Montréal until the English Conquest, they were missionaries and educators, and trained some of the clergy, a role which they still carry out today, as well as parish ministry and other pastoral duties. In 1996 there were 118 Canadian members (30.5% of the world total).