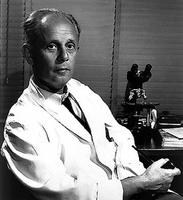 Stress was originally viewed as an overpowering external force acting upon individuals or objects. The mechanical engineer still uses the word in this sense, but human biologists have been less consistent in their terminology. Some retain classical usage; for instance, when discussing forces that in moderation strengthen human bones but which if excessive cause fractures. Others regard stress as the combination of physiological, biochemical, immunological and psychological responses to adverse circumstances, or simply as a subjective response to any situation that the person regards as unfavourable. In the latter sense, any factor that threatens the constancy of the stable internal environment that the body's control mechanisms are designed to preserve, or that creates a subjectively hostile environment, may be viewed as a "stressor." The stress may be self-imposed (eg, by excessive physical or mental work) or external to the body (eg, an extremely cold or a hot and humid environment, or a hostile supervisor at work).

The influences of mechanical stress upon the strength of bones has attracted attention for 2 reasons. Escape from normal gravitational forces during space flight leads to a progressive weakening of the skeleton, and ASTRONAUTS must be provided with devices to counter this tendency. Further, as the population ages, a growing proportion of Canadians are affected by osteoporosis, a pathological weakening of the bone structure that predisposes to costly (and often fatal) fractures. Joan Harrison and her colleagues at the Toronto Hospital have played an important role in demonstrating the ability of regular muscular exercise to counter osteoporosis in the frail elderly. The largest benefit is gained when mechanical stress is imposed on the bones by programs of weight-lifting or resisted exercise; however, the bones of the legs and back can also be strengthened by physical activities such as walking, where the body's mass imposes gravitational forces upon the skeleton.

Much of the early work on the "stress" of unfavourable environments was undertaken by Hans SELYE of the Institute of Experimental Medicine and Surgery at Université de Montréal. He defined stress as the state manifested by a specific syndrome that consists of all nonspecifically induced changes within a biological system. He postulated a general 3-phase reaction of the body to any stressor. First, an acute alarm reaction was associated with the discharge of hormones from the adrenal glands, a decrease in the size of the thymus, a decrease in one type of white blood cell (eosinophils) and a propensity to gastric ulcers. In the second phase, resistance or adaptation to the stressor was manifested by a hypertrophy (exaggerated growth) of the adrenal glands. If the exposure continued, exhaustion resulted; in animals, damage to the outer part (cortex) of the adrenal glands might result, and in humans there was indirect evidence of parallel changes. Based on this research, Selye postulated a condition of "eustress," an ideal amount of stress that maintains individuals in the phase of adaptation.

Much of Selye's original research was based on studies of animals, but recent studies of humans during exposure to various types of stress have added important new dimensions to his findings. Measurements of adrenal hormones in human volunteers have confirmed an immediate release of the catecholamines that increase pulse rate and cardiac output, and if the stress continues, there is a secretion of the hormone cortisol that suppresses inflammatory reactions.

The new technology of automated cell counters and fluorescent dyes linked to specific (monoclonal) antibodies has allowed a detailed study of the response to the white cell population to stress. Pang Shek and his colleagues at the Defence and Civil Institute of Environmental Medicine in North York, Ont, have examined the numbers and activity of one particular subtype of white cell (the natural killer cell) that plays an important early role in the body's defences against viruses and some types of cancer. A moderate stress to which the body can adapt enhances the function of this celltype, but a more severe stress (eg, running a marathon race) reduces cell numbers and activity for as long as 7 days. The clinical importance of these observations is suggested by a reduced incidence of viral infections and of certain types of cancer in those who are regularly active, but in an increased risk of upper respiratory infections for 2-3 weeks after a marathon run.

In popular thought, stress is conceived mainly in psychological terms, and scales have been developed to rate stressful life events (such as loss of a job, marriage breakup or bereavement). The impact of such stress upon body functions depends not only upon the severity of the disturbance, but also upon the effectiveness of the coping mechanisms adopted by the person concerned.

Stress may arise in the modern workplace if the pace of work is too fast, if the consequences of error are grave or if the task to be performed is inadequately defined. The need for hard physical work or a hot and noisy environment increases the stress associated with any given mental task. Researcher David Coburn (then working at U Vic) suggested that boring, monotonous and repetitive work also imposes stress on a worker. It may be that in such circumstances much effort must be devoted to sustaining the necessary vigilance to avoid accidents and to maintain quality production. Psychologists describe an inverted U-shaped relationship between task difficulty and performance - moderately demanding work ensures the best performance and imposes the least stress upon the employee.

Attempts to relate poor health to stress exposure have been unsatisfactory because "stressful" work and life situations are often associated with adverse habits such as cigarette smoking, alcohol abuse and inadequate exercise. However, occasional reports have linked stressful employment (eg, air-traffic control) and major life events (such as house purchases) with an increased incidence of heart attacks. Moreover, there have been substantial increases in cardiac disease in regions of high unemployment, and the economic disruption associated with the collapse of the Soviet Union has also led to a dramatic decrease of life expectancy in Russia.

It is hard to prove through research that either psychological measures or regular exercise can reduce stress and the resultant biological strain. Nevertheless, there is growing evidence that psychological techniques (relaxation therapy, biofeedback and meditation) and regular exercise each help to reduce the acute alarm reaction imposed by a given stressful situation. If a work task is boring, exercise can certainly provide a stimulatory countermeasure, increasing the total stress on the body to the eustress level. If a physical activity program is noncompetitive and performed in pleasant surroundings, it can also offer relaxation to an overstressed person, although the benefit may be no greater than achieved by some other type of respite from an overdemanding task.

Nevertheless, the loss of community associated with big-city life has reduced the support provided by family and friends in times of crisis. According to observers, humans have always encountered stress; moreover, modern automation of the workplace has both increased the proportion of "mindless" tasks and also provided supervisors with the tools to monitor employee performance ever more closely. Moderate amounts of stress may be essential to both worthwhile effort and a sense of achievement, but happiness and health depend upon the development of appropriate coping mechanisms, a careful matching of the demands of work with the skills of the employee, and social engineering to eliminate the poverty of native reserves and inner-city ghettoes.