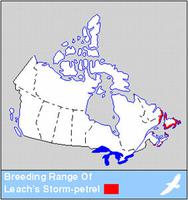 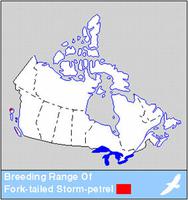 The storm-petrel (order Procellariiformes, family Hydrobatidae) is a small seabird (14-25 cm long) related to albatrosses and like them having nostrils encased in a tube. Storm-petrels are usually blackish with a white rump. The name petrel is probably derived from the English term "pitteral", meaning "walking elegantly," because of their habit of fluttering low over the waves, giving the impression of walking on water. Superstitious seamen, believing they warned of coming storms, called them Mother Carey's chickens, the birds which Mater Cara (Virgin Mary) sent to protect them. 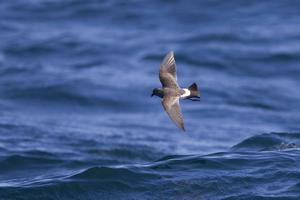 Petrels nest in burrows on offshore islands, visiting these only at night. Introduced cats and rats have caused havoc in many colonies.