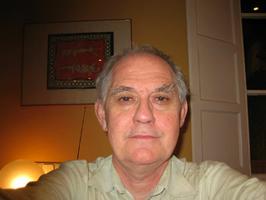 Steven McCaffery, poet, essayist (b at Sheffield, Eng 24 Jan 1947). A prolific theorist and practitioner of sound and concrete poetry, he was educated at the University of Hull and York University in Toronto. His poetry is interested in exploding the habits of language use, and he has consistently tried to release the sound and emotion of poetry from the intellectual control of language. Steven McCaffery has written many and various works of poetry, including Dr. Sadhu's Muffins (1974), Intimate Distortions: A Displacement of Sappho (1978) and Theory of Sediment (1991); 2 works of experimental prose, Panopticon (1984) and The Black Debt (1989); and a collection of essays, North of Intention (1986). Throughout his work, he challenges traditional reading patterns by dismantling linear syntax and, in the case of hand-drawn or concrete poems, making signs visual and 3-dimensional.

During the 1970s Steven McCaffery collaborated with bp nichol on a series of experiments in theoretical and critical writing in the journal Open Letter, collected in Rational Geomancy: The Collected Research Reports of the Toronto Research Group, 1973-1982 (1992). He has also worked extensively in the areas of performance art and video, and issued a number of audio cassettes and records, both solo and with the sound-poetry group The Four Horsemen, including CaNADAda (1973), Live in the West (1977) and Bootleg (1981). With The Four Horsemen he co-authored 4 books, including Horse d'Oeuvres (1976) and The Prose Tattoo (1983).