St. Catharines, ON, incorporated as a city in 1876, population 136,803 (2021 census),  133,113 (2016 census). The City of St. Catharines is the principal city of the Niagara Region. It lies south of Toronto across Lake Ontario (111 km by the Queen Elizabeth Way), 19 km inland from the international boundary with the United States, along the Niagara River. The city is named after Catharine Hamilton, wife of Robert Hamilton, an influential merchant of Queenston and a landowner with mills on Twelve Mile Creek; the growing community, then known as The Twelve or Shipman's Corners, was renamed in her honour after her death in 1796. After 1876, as the urban area of St. Catharines expanded, it was permitted to annex parts of the surrounding Grantham Township, culminating in 1961 in the complete amalgamation of the township as well as the adjacent towns of Merritton and Port Dalhousie. In 1970, the rural township of Louth to the west was split between St. Catharines and the new town of Lincoln.

St. Catharines, ON, incorporated as a city in 1876, population 136,803 (2021 census),  133,113 (2016 census). The City of St. Catharines is the principal city of the Niagara Region. It lies south of Toronto across Lake Ontario (111 km by the Queen Elizabeth Way), 19 km inland from the international boundary with the United States, along the Niagara River. The city is named after Catharine Hamilton, wife of Robert Hamilton, an influential merchant of Queenston and a landowner with mills on Twelve Mile Creek; the growing community, then known as The Twelve or Shipman's Corners, was renamed in her honour after her death in 1796. After 1876, as the urban area of St. Catharines expanded, it was permitted to annex parts of the surrounding Grantham Township, culminating in 1961 in the complete amalgamation of the township as well as the adjacent towns of Merritton and Port Dalhousie. In 1970, the rural township of Louth to the west was split between St. Catharines and the new town of Lincoln.

Prior to the arrival of Europeans, the Iroquoian-speaking Chonnonton, or “people of the deer,” lived in the region that now includes St. Catharines, between the Grand and Niagara rivers. Often referred to as the Neutral, this name was given to them by the French who observed that the tribe remained neutral in most conflicts between the  Wendat (Huron) and the Haudenosaunee Confederacy (also known as the Iroquois). In addition to hunting and fishing, the Chonnonton grew squash, beans and corn; and their villages included longhouses.

In 1647, several Chonnonton villages were conquered by the Seneca from the east side of the Niagara River. Later, in the early 1650s, additional villages were destroyed by the Haudenosaunee. These attacks, combined with the smallpox epidemics of 1638–40, meant the Chonnonton population largely ceased to exist. They were last mentioned in the writing of French explorers in 1671. The Haudenosaunee, however, continued to live in the region as the French, British and Americans fought for control. Today, many Haudenosaunee remain in the St. Catharines area, both on reserve (the Six Nations reserve lies to the west of the city) and in other communities.

The area was first settled by Loyalists in the early 1780s. About 60 per cent of the land of Grantham Township was granted to disbanded members of the British provincial regiment, Butler's Rangers and the rest to either refugee settlers who moved out from the US after American independence or to immigrants from Great Britain.

Land surveys undertaken during this period led to a complex pattern of roads and lots that shaped the city and its building patterns. It was dominated by the pioneer survey grid of Grantham Township, which featured the standard north–south roads, with the east–west roads running parallel to the shoreline of Lake Ontario. In addition, trails used by Indigenous peoples prior to European settlement have survived to become part of the city's major arterial streets, combining a radial pattern of roads within the regular pattern of the survey grid.

By contrast, Port Dalhousie offered a regular grid oriented northeast–southwest along the spur of land that separates Lake Ontario from the mouth of Twelve Mile Creek. Merritton had a small rectangular grid with a traditional north–south orientation. 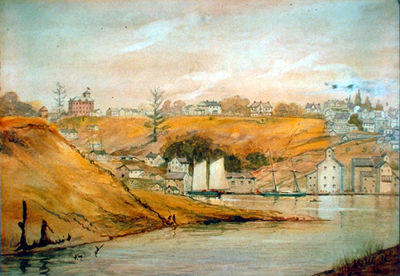 At St. Catharines, the core community, the Welland Canal (1829) and an associated mill raceway from the canal at Merritton introduced mills, shipyards, and metal and machinery manufacturing to the area. Mineral springs with medicinal properties added resort hotels, and the town became a popular inland summer resort. In the latter half of the 19th century, several railways came to the region: the Great Western in 1853; the Welland in 1859; and the St. Catharines and Niagara Central Railway in 1887. These railways, combined with hydroelectric development from the locks, the raceway, DeCew Falls and later the Niagara River, led to the growth of manufacturing industries.

Leading entrepreneurs included: William Hamilton Merritt, who developed the First Welland Canal; Dr. Chase, who developed the mineral springs into a tourist attraction; William B. Burgoyne, founder of the St. Catharines Standard; Louis Schickluna, for his shipyards; Dr. Theophilus Mack, a prime mover in creating the General and Marine Hospital, and Canada's first school of nursing (1874); and Lachlan McKinnon for founding the industry that became General Motors of Canada Ltd.

A continuous strip of industrial and associated housing developments arose along the canal valley between St. Catharines and Merritton after the 1850s, where the canal was crossed by the Great Western Railway. Paper and chemical industries developed and Port Dalhousie, served by the Welland Railway, added flour mills, the manufacture of rubber boots and shoes, and shipyards.

St. Catharines, a prosperous urban-industrial community by the late 19th century, expanded greatly during Frist and Second World Wars. Commercially, this growth was associated with business expansion along the city's curving main street with its continuous facade of two- to three-storey 19th-century buildings.

Manufacturing was located first along the canal and its raceway, then close to the railway stations and the lines of track in and around the central area. Because of the depth and steepness of the canal valley, residential areas of the city inevitably expanded to the north and northeast, with expansion to the west and south following the construction of the Burgoyne and Glenridge bridges (1914).

Although the downtown has attracted several high-rise office buildings including Corbloc (1975) and the Ontario Ministry of Transportation (1997), its retail function became secondary to the Pen Centre (1957), Fairview Mall (1961), numerous other plazas and neighbourhood shopping centres, strip malls along arterial streets, large discount specialty stores and more recently, a growth of even larger big-box stores. With a growing university student population, downtown's newfound role is entertainment, especially bars and restaurants. In 2015, Brock University re-located the Marilyn I. Walker School of Fine & Performing Arts from its campus on top of the  Niagara Escarpment to the former Canada Hair Cloth factory, in the downtown, off St. Paul Street in the former First and Second Welland Canal valley. Adjacent are the FirstOntario Performing Arts Centre, a multi-stage concert, film and dance venue, and the Meridan Centre, a 5,000-seat hockey rink and entertainment centre, both opened in 2015.

Parks and recreational open space include routes along the escarpment (e.g., the Bruce Trail), lake beaches, river valleys, the Ontario lakeshore and the old canals (Merritt Trail). A pedestrian-cycling trail has been added along the modern canal, and a Welland Canals Parkway system of automobile routes and associated walking, bicycle and equestrian trails along the canal between Lakes Ontario and Erie has been developed. These are part of the larger Greater Niagara Circle Route that connects with the Niagara River Parkway and the Lakeshore Road along Lake Ontario and follows an abandoned rail line along Lake Erie.

The city contains over 30 per cent of the population in the Regional Municipality of Niagara. About 76 per cent of St. Catharines reported their ethnic origins as English, Canadian or Scottish, according to the 2016 census. Visible minorities make up 12.7 per cent of the population, with Black, Chinese, Latin American and South Asian people comprising the largest communities within this group. A Folk Arts Festival, initiated in 1969 to recognize the city’s expanding ethnic and cultural diversity, has expanded from a one-day event to over two weeks of food, drink, song, dance, bands and parades.

Over time, service activities have expanded, resulting in a remarkably changed economic structure in the city, from primarily manufacturing with some service activities to service industries (education, health services, city administration and policing) with some accompanying manufacturing. The manufacturing sector has been in decline since the early 1980s, and is now a mere shadow of its former self. While St. Catharines is still thought of as a GM (General Motors) town, its workforce has declined from nearly 10,000 in 1990 to fewer than 3,000 in 2016. (See also Automotive Industry.)

One of 12 municipalities in the Regional Municipality of Niagara, St. Catharines is governed by a mayor elected at large and 12 councillors, two from each of the six wards. (See also Municipal Government in Canada.) The mayor and six councillors elected at large serve on the 29-member Regional Niagara Council. Parks and libraries, the fire department, a historical museum, recreation and community services, a transit commission, municipal planning, and engineering services for local roads, sewers and water mains are city responsibilities. Public and separate school board trustees for the Niagara Region are elected according to combinations of city wards.

While the lines of responsibility are clear between local municipalities and the regional government, there is the perception among the public of overlap and duplication. Too much government, therefore, has been part of the cry for local government reform in Niagara. However, any substantial, locally promoted reform has so far been impossible.

St. Catharines has a rich and expanding cultural base. The Carousel Players and Garden City Productions provide live theatre and the Niagara Symphony Orchestra is now the orchestra-in-residence at Brock University. Chorus Niagara, formerly part of the symphony, has since 1963 provided a varied classical choral repertoire. Rodman Hall Arts Centre has a vast collection of local and international works. In order to protect the facility and its collection, the board voted to dissolve and be taken over by Brock University in 2003. The St. Catharines Craft Guild is a focal point for local artists, while the Niagara Wine Festival offers year-round events. A full range of indoor and outdoor sports is highlighted by the Royal Canadian Henley Regatta, which has been held at Port Dalhousie since 1903. The local daily newspaper is The Standard. 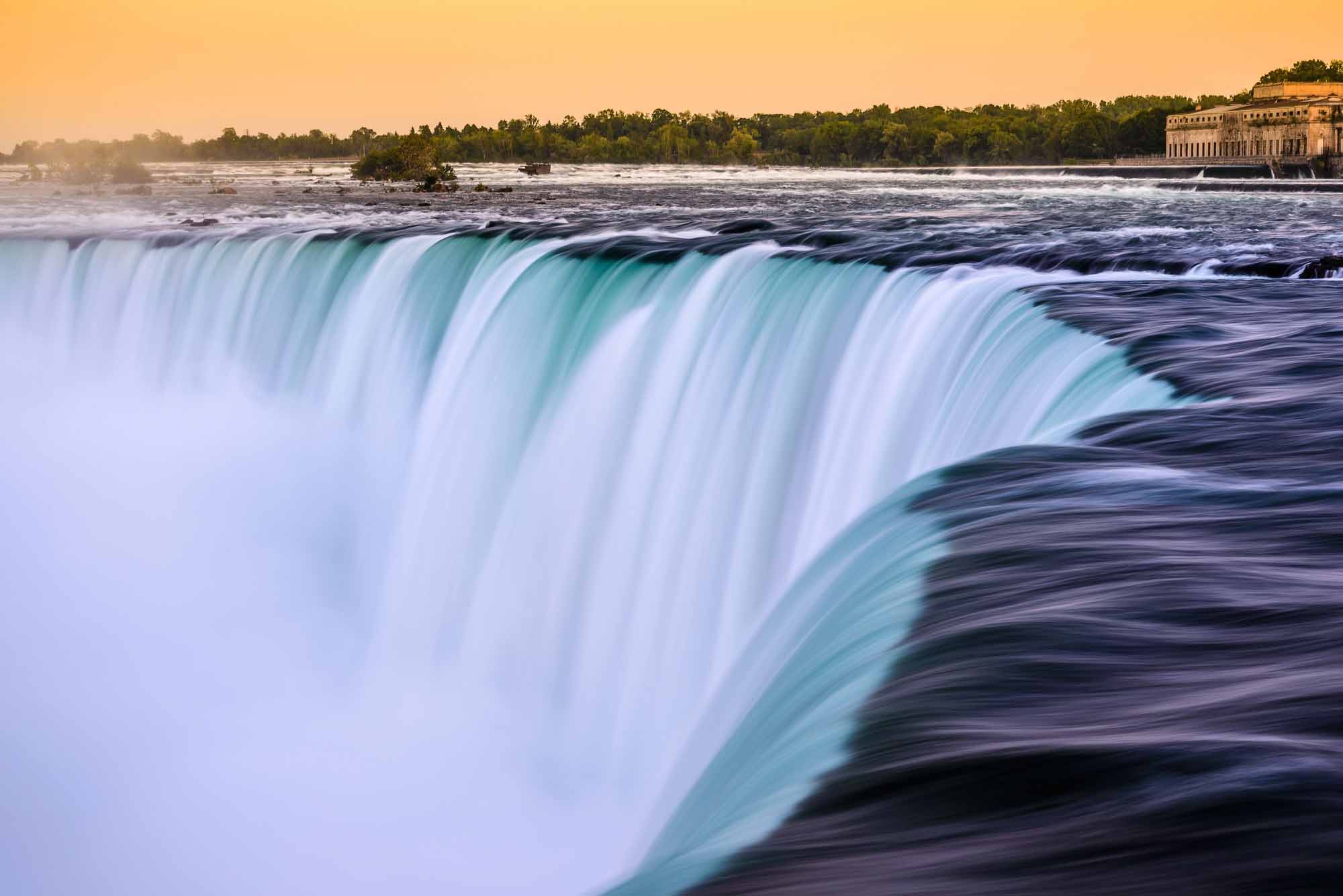 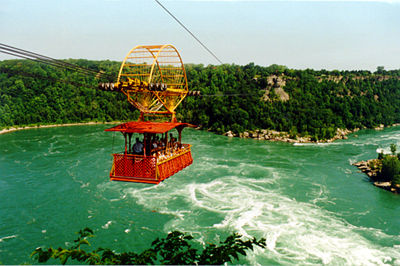 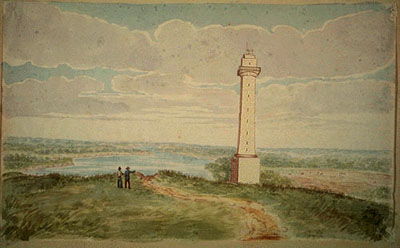 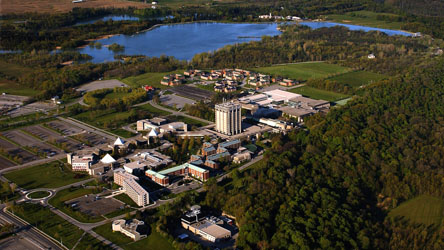