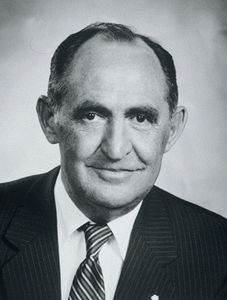 Spectroscopy is the field of study that examines, measures and interprets the electromagnetic spectra produced when radiant energy is emitted or absorbed by a substance. Spectroscopic methods are important in performing chemical analyses of substances and are used in astronomical studies. Spectroscopy started in 1666 when Sir Isaac Newton passed rays of light from the SUN through a glass prism and observed the colours of the visible spectrum. Light is composed of electromagnetic waves, each colour corresponding to a different wavelength.

The separation of light into the individual wavelengths by means of a device, such as a prism or a diffraction grating, forms the basis of optical spectroscopy. However, the visible segment comprises only a small fraction of the complete electromagnetic spectrum. The ultraviolet region begins at wavelengths shorter than the violet and extends eventually into the X-ray region; the infrared portion starts at wavelengths longer than the red and extends into the microwave and radio regions. In these regions it is more usual to characterize the radiation by its frequency rather than its wavelength, although the 2 are interconnected by the relation: wavelength times frequency equals velocity of light (299 792 458 m/s).

All substances emit or absorb radiation at their own characteristic frequencies or wavelengths; therefore the spectrum of a substance provides a "fingerprint" by which it can be identified. When light from a star is spread out according to colour, many fine details, called spectral lines, can be seen. A study of the frequencies and intensities of these lines gives information on the amounts of the various substances present and about the temperature, pressure and radiation within the emitting gas.

An early example of this research involved Joseph von Fraunhofer's observation of dark absorption lines in the visible spectrum of the sun, caused by the presence of sodium, calcium and other elements in the solar atmosphere. Helium was discovered in the spectrum of the sun before it was found on Earth.

A detailed understanding of the spectra of atoms and molecules originated with the introduction of the quantum theory by Max Planck in 1900. According to this theory, energy is emitted or absorbed in discrete units called quanta. In 1913 Niels Bohr was able to give a detailed explanation of the spectrum of the hydrogen atom by postulating that the atom can exist in a series of discrete energy levels and that emission or absorption of radiation only occurs when there is a change from one energy level to another.

The introduction of quantum mechanics by Werner Heisenberg and Erwin Schrödinger in 1925-26 was another important development. Spectra associated with a change of the rotational quantum numbers of a molecule are normally studied in the microwave and adjoining regions of the spectrum; those associated with a change in the vibrational quantum numbers occur in the infrared region. Electronic spectra are usually studied in the visible and ultraviolet regions.

In 1925 S.A. Goudsmit and G.E. Uhlenbeck postulated that the electron possesses an intrinsic angular momentum (or spin) with which is associated a magnetic moment. This idea was introduced to explain some groups of lines found in the spectra of the alkali and alkaline earth metals. A similar multiplicity of lines is found in the spectra of molecules containing one or more unpaired electron spins. Such species are often called free radicals. Similarly, many nuclei have magnetic moments, the energies of which depend on their orientation in a magnetic field.

The study of nuclear magnetic resonance (NMR) spectroscopy has yielded valuable information on the structures of molecules. Since the advent of LASERS in 1960 many new forms of spectroscopy have evolved. With fixed-frequency lasers, molecules and free radicals can be tuned into resonance by applying electrical or magnetic fields. With tunable lasers many types of high-resolution spectroscopy have been developed. All these techniques yield very precise measurements of the properties of atoms and molecules.

Lasers have also extended the use of Raman spectroscopy, in which molecules are excited by strong monochromatic radiation and the scattered radiation is found to contain extra frequencies which are characteristic of the molecule excited. Spectroscopy has numerous applications. Atomic emission and absorption spectroscopy is used to identify elements present in MINERALS or to determine traces of impurities of the order of one part per million or even one part per billion.

In Canada research in spectroscopy has taken place at the NATIONAL RESEARCH COUNCIL; in university departments of chemistry, physics and astronomy; and at observatories across the country. The spectroscopy section of NRC's Physics Division received world recognition through the work of Gerhard HERZBERG and his many colleagues. At the University of Toronto H.L. WELSH has done significant work on the Raman spectra of molecules. Early workers at the Dominion Astrophysical Observatory include J.S. PLASKETT, J.A. PEARCE, A. MCKELLAR and C.S. BEALS physics.