Sandra Lovelace Nicholas was born in 1948 on the Tobique reserve north of Perth-Andover in New Brunswick. ( See also Wolastoqiyik.) She studied at St. Thomas University in  Fredericton for three years before receiving a degree in residential construction from Maine Northern Technical College in Presque Ile, Maine.

Sandra lived on the Tobique reserve with her family until the age of about 17, when she left home to work in the United States as a carpenter. Before her Senate appointment in 2005, Sandra also worked as a treaty researcher and director of an adult care program. It was in the United States that she married Bennie Lovelace, a non-Indigenous American citizen, and moved to California.

After marrying Bennie, Lovelace Nicholas lost her Indian status, as conferred by the Indian Act.When her marriage ended, she returned to the reserve but, since she was no longer a registered Indian, the Tobique band council refused to give her a subsidized house on their land. Without a home, Lovelace Nicholas stayed with her sister for a while, but eventually ended up living with her young son in a tent.

In addition to housing, the loss of Indian status denied Lovelace Nicholas health care on the reserve and education for her children (who effectively lost their status, too), all in accordance with the Indian Act.

The federal law made no such restrictions for status men who married non-Indigenous women. Lovelace Nicholas was determined to change this double standard. In August 1977, she joined a group of Indigenous women who demanded an end to discrimination and occupied the Tobique band office for about four months. Due to support from ardent advocates in the community, the band council reluctantly permitted Lovelace Nicholas to stay on the reserve. (See also Indigenous Rights in Canada.)

Appeal to the United Nations

Seeking a permanent and more far-reaching solution, Lovelace Nicholas took her case (Lovelace v. Canada) to the United Nations Human Rights Committee in 1981. (See also United Nations and  Human Rights.) She argued that discriminatory measures in the Indian Act violated international law. Around the same time, other Indigenous women who had lost their status, such as Jeannette Corbiere Lavell and Yvonne Bédard (supported by women’s groups including Indian Rights for Indian Women and the Native Women’s Association of Canada) made separate legal challenges in Canada that aimed to end discrimination against women in the Indian Act.(See also Bédard Case and Lavell Case.) In Lovelace Nicholas’s international case, the UN ruled in her favour, stating that Canada was in breach of the International Covenant on Civil and Political Rights. While the UN lacks the power to change Canadian law, many Indigenous women in Canada saw this as a victory.

Lovelace Nicholas continued to lobby for legislation in Canada that reinstated the rights of Indigenous women and their children. In 1985, Parliament responded to the appeals of Lovelace Nicholas and others by amending discriminatory sections of the Indian Act. Known as Bill C-31, this amendment reinstated Indian status to women who had lost it through marriage to Non-Status men. The bill also enabled all first-generation children of these marriages and individuals who had been disenfranchised to regain their legal status. More than 114,000 people gained or regained their Indian status as a result of Bill C-31.

However, the bill failed to remove all forms of sex-based discrimination in the Act. For example, the children of a Non-Status Indian and an individual classed under section 6(2) of the Act would not have status. (Created in 1985, section 6(2) applies to those whose status was reinstated. It states that a person is entitled to status if their mother or father has status.) In addition, Bill C-31 created a “second-generation cut-off,” meaning that the grandchildren of women whose status was reinstated under the bill were prevented from inheriting status unless the grandchildren’s parents were both Status Indians. As a result of these shortcomings, Lovelace Nicholas and other Indigenous women and organizations continued to lobby for changes to the Indian Act.

Lovelace Nicholas’s activism earned her two prestigious awards in the early 1990s: Order of Canada (1990) and Governor General’s Award in Commemoration of the  Persons Case (1992).

Prime Minister Paul Martin appointed Sandra Lovelace Nicholas to the Canadian  Senate in 2005. In this role, she served on various standing committees, including those on Indigenous peoples,  fisheries and oceans, human rights, and agriculture and  forestry.

Lovelace Nicholas supported a request for a study of missing and murdered Indigenous women, made to the Standing Senate Committee on Aboriginal Peoples. She also made many of her own calls for a national inquiry. In response to such requests, the federal government launched an independent National Inquiry on Missing and Murdered Indigenous Women and Girls in September 2016.

The Indian Act and Bill S-3

As a senator, Sandra Lovelace Nicholas was involved in Bill S-3 — a proposed amendment to the Indian Act. Initially created in response to the 2015 Descheneaux case, in which the Québec Superior Court found that subtle forms of sexual discrimination persisted under the Indian Act, Bill S-3 aimed to correct those issues. However, many senators, including Lovelace Nicholas, believed that the bill did not go far enough to protect women’s rights. They supported amendments to Bill S-3, first brought forward by Independent Senator Marilou McPhedran, that would fully remove sex-based discrimination in the Act.

When the House of Commons did not accept the Senate’s amendments in July 2017, Lovelace Nicholas wrote an open letter to Prime Minister Justin Trudeau, expressing that this decision would impact her children, grandchildren and other Indigenous families. In November 2017, the federal government pledged to amend the Act to fully remove gender restrictions against women.

One part of Bill S-3 came into effect on 22 December 2017. Among other provisions, the amendment enables more people to pass down their status to their descendants and reinstate status to those who lost it before 1985. For example, it provides ways to register people with unknown paternity and who were unmarried minors between 1951–85 and affected by registration rules in place at the time.

The other part of the bill — related to restoring status to women and their offspring who lost status before 1951 (known as the “1951 Cut-off”) — was brought into force on 15 August 2019. According to the government, “All known sex-based inequities in the  Indian Act have now been addressed.”

Sandra Lovelace Nicholas’s perseverance and advocacy restored the legal rights of many Indigenous peoples in Canada. As a female First Nations senator, she seeks parliamentary and legal changes to expand the rights of Indigenous women and children.

Governor General’s Award in Commemoration of the Persons Case (1992)

Honourary Doctorate from the University of St. Thomas, New Brunswick (2007) 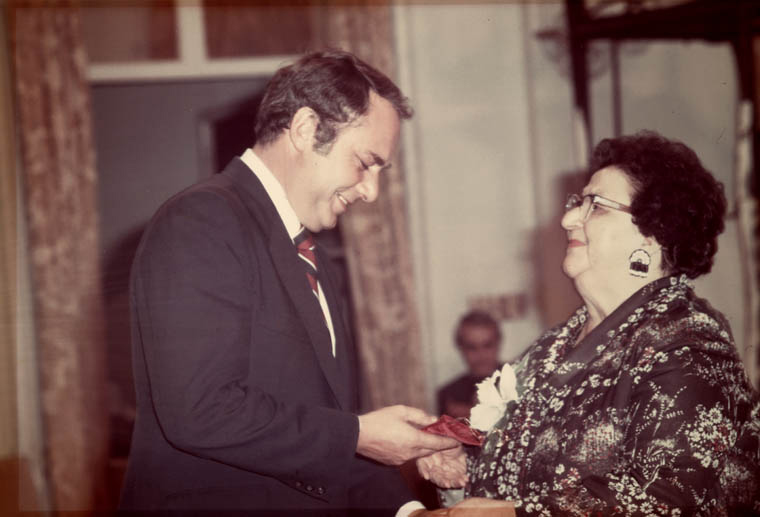