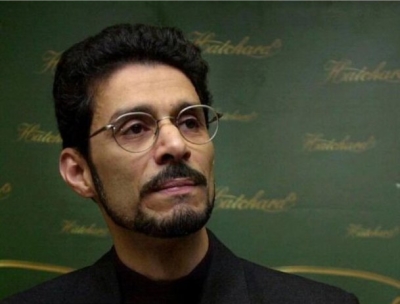 Rohinton Mistry, short-story writer, novelist (b at Bombay, India 3 Jul 1952). After graduating in 1973 in mathematics and economics from Bombay University, Rohinton Mistry immigrated 2 years later to Toronto, where he found employment as a clerk in the accounting department of a bank. He completed a second undergraduate degree, in English and philosophy, at the University of Toronto. While studying literature, Mistry began to write and publish his first stories, garnering two Hart House Literary Prizes and the 1985 Annual Contributor's Award from Canadian Fiction Magazine.

These award-winning stories appear in Mistry's first book, Tales from Firozsha Baag (1987), in which he combines the immediacy of daily life in a Bombay apartment building with the perspective some of his characters achieve after immigrating to their new home in Canada. The interrelated stories cover a broad range of subjects and tones: from poignant to surreal, ghostly to hilarious. Mistry returned to the short story with his publication of The Scream, originally produced in 2006 as a limited edition illustrated by Tony Urquhart and intended as a fundraiser for World Literacy of Canada. The story, also set in a Bombay apartment, plumbs its protagonist's struggle with aging and isolation. 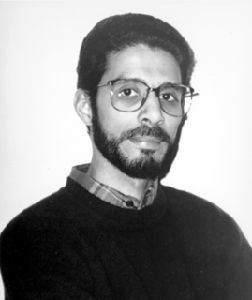 The most vulnerable members of society are the people of Mistry's fictional universe, and theirs is the unending struggle (photo by F. Mistry).

Bombay is also the setting of Mistry's first novel, Such a Long Journey (1991). Here, however, the social conditions that provided a distant backdrop to the short stories now bear upon a particular Bombay family. The protagonist, Gustad Noble, finds his life unravelling as his son rejects filial piety, his best friend involves him in political intrigue, and his own rationality and morality confront a world in change. The novel won the Governor General's Award, the Commonwealth Writers Prize for Best Book, and the W.H. Smith Books in Canada First Novel Award; it was also shortlisted for Britain's prestigious Booker Prize. A film version of Such a Long Journey was released in 1998.

In Mistry's second novel, A Fine Balance, the abuses of political power threaten to destroy the dignity of the individual. Set against the Emergency Measures imposed by Indian Prime Minister Indira Gandhi in the mid-1970s, the novel is a powerful and painful examination of a humanity beset by social and political repression. A Fine Balance met with high critical acclaim and won many international honours, including nominations for the IMPAC Dublin Literary Award and the Booker Prize. It won the Giller Prize and the Commonwealth Writer's Award. Multitudes of readers across North America were introduced to Mistry's work when A Fine Balance became the first Canadian novel to be promoted through Oprah Winfrey's Book Club.

Family Matters was published in 2002 and won the Kiriyama Pacific Rim Book Prize, amongst many other honours. The story is set, again, in Bombay and focuses on the past and present life of a retired professor, Nariman Vakeel, and his difficult, complicated familial relationships. Like Mistry's other works, the novel has been praised by reviewers for both its intimate portrayals of individuals and its universal, sweeping themes and concerns. Mistry consistently demonstrates in his fiction that he is a writer who is able to produce both the sharply focused close-ups and broad landscapes of humanity.