Rogers Communications was created and built by Edward Samuel (Ted) Rogers Jr., one of the most successful entrepreneurs Canada has ever produced. The son of an electronics and radio pioneer who died young, he was educated at Upper Canada College, Trinity College at the University of Toronto, and Osgoode Hall Law School. For most of those years, however, he was more interested in business than his studies.

In 1960, while articling at the Torys law firm in Toronto, Rogers borrowed $85,000 to buy CHFI, Canada’s first FM radio station, with a partner, Joel Aldred, a well-known broadcaster of the time. That same year, Rogers and Aldred teamed up with the Bassett and Eaton families and, following a bidding process, won the licence for CFTO, the first private television station in Toronto. CFTO began broadcasting on 1 January 1961. Three years later, Rogers expanded the reach of his radio business by adding an AM station, which later became 680 News.

While Ted Rogers’s radio and TV stations won growing audiences in their first few years, they were losing money because of high costs. By 1967, Rogers recalled later, “I was already up to my ears in debt.” Looking for larger opportunities, he realized the potential of cable television, an industry that was still in its infancy. In partnership once again with the Bassett and Eaton families, he was granted cable TV licences for three Ontario markets: parts of Toronto, Brampton and Leamington.

Rogers had to borrow more money to finance the construction of a cable network. By 1969, his radio and cable businesses were $11 million in debt.

That year, the newly formed broadcast regulator, the Canadian Radio-television and Telecommunications Commission (CRTC), was concerned about concentration of media ownership and announced it would renew Rogers Cable’s licences only if the Bassetts and Eatons were not involved. That required Rogers to buy out their 50 per cent share of the company, which pushed him to the brink of bankruptcy in 1971.

However, Rogers was well positioned to capitalize on the booming market for cable TV, and the business grew throughout the 1970s, although debt remained a problem. In 1980, Rogers acquired control of two bigger cable companies, Canadian Cablesystems and Premier Cablesystems, catapulting Rogers Cable from its position as the sixth-largest cable company in Canada to the largest, with 1.3 million subscribers. At the same time, the company became publicly owned, with its stock trading on the Toronto Stock Exchange.

In the early 1980s, Rogers expanded into the United States, building and acquiring cable systems in several states as the industry continued to expand. At one point, Rogers was the largest cable company in the world, but its debt load had ballooned, especially as interest rates were at an all-time high. To help ease pressure from the banks, Rogers began issuing high-yield bonds (also known as junk bonds) as an alternative way of raising money to fund the business.

Meanwhile, Ted Rogers was one of the few people who recognized the potential of cellular, or wireless, telephones, but the company’s board of directors initially refused to invest in this new and unproven technology. In 1983, he bought a 25 per cent share in a new partnership, Cantel, which was awarded the first national licence by the federal government to set up a Canada-wide cellular telephone network, a project that would cost hundreds of millions of dollars. Cantel introduced the country’s first cellphone service on 1 July 1985.

In 1989, Rogers Communications sold its US cable operations and invested the resulting $1 billion profit into its Canadian wireless business and an ill-fated foray into the long-distance telephone market.

Rogers bought a share of CNCP Telecommunications, later renamed Unitel, which was launched to compete with Bell Canada in the long-distance phone business, previously a Bell monopoly. Disagreements arose among the partners, however, and when Unitel was restructured in 1995, Rogers walked away, abandoning the $500 million it had invested in Unitel.

Another major deal was consummated in 1994 when Rogers made a hostile bid for Maclean Hunter, a major cable operator and media conglomerate with radio and TV stations, consumer and trade magazines and the Sun newspapers. After complicated negotiations, Rogers paid $3.1 billion for Maclean Hunter, thereby becoming one of Canada’s most important media companies as well as its preeminent cable and wireless provider. In 1996, however, it sold the Sun newspapers ( see Rogers Puts Sun Chain Up for Sale.)

In the late 1990s, Rogers’s wireless operations continued to lose money as it invested heavily in building its cellular network. Its share price sank as investors worried that the company might collapse under its $5-billion debt load. These concerns were eased in 1999 when Microsoft, AT&T and British Telecom invested a total of $2 billion in Rogers (see Microsoft Buys into Rogers).

In 2004, Rogers bought out AT&T’s 33 per cent stake in Rogers Wireless for $1.8 billion and then paid $1.4 billion to acquire Microcell Solutions, which provided wireless services under the Fido brand. Ted Rogers called this deal the biggest success of his career; without it, Rogers Communications would be half its current size.

By the end of 2007, the little broadcasting company that grew into a cable giant was now primarily a cellular services provider, with wireless operations accounting for 54 per cent of revenue and 70 per cent of profit. As a result of wireless growth, Rogers was now on a firmer financial footing and its shares were considered “investment-grade.”

The media side of the business grew as well in 2007, with the acquisition of five City TV stations.

When Ted Rogers died of heart failure on 2 December 2008, at the age of 75, the company he had founded was one of Canada’s best-known corporations, with annual revenue of more than $11 billion, more wireless and cable subscribers than any other company, and a broad assortment of media holdings from coast to coast. (See Edward Rogers: Obituary.)

Although two of his four children were active in the company as senior executives, the board of directors went outside the family to replace Rogers as president and chief executive officer.

The board’s choice, Nadir Mohamed, had joined Rogers 2000, when Ted Rogers hired him from a competing wireless company, Telus. Mohamed oversaw the explosive growth of the wireless business and played a key role in the 2004 Fido acquisition.

In February 2013, Mohamed announced his intention to resign as CEO later in the year, and the board began looking for a new CEO with global experience. During this period, Rogers Media made another major investment in its sports business by purchasing the rights to broadcast NHL hockey games for 12 years. The deal was worth $5.2 billion.

In 2016, Rogers Media announced a new content strategy and the reduction of its print media offerings. Editions of FLARE, Sportsnet, MoneySense and Canadian Business would be made exclusively available on the web and on apps by January 2017. The printing schedules of magazines, such as Maclean’s would also be reduced by January 2017. Business-to-Business and French-language media, such as Châtelaine, LOULOU, and L’actualité, would also be sold.

The deadline for the proposed merger, which was extended to 17 February 2023, requires the approval of François-Philippe Champagne, the Minister of Innovation, Science and Industry.

The first non-Canadian CEO of Rogers Communications, Guy Laurence, moved from Britain to take over from Nadir Mohamed in December 2013. Laurence had experience in media and telecommunications, most recently as CEO of Vodafone UK, a subsidiary of the second-largest wireless company in the world.

In 2014, Laurence announced a new strategic plan, called Rogers 3.0, which included a commitment to improve customer service — an area in which the wireless and cable divisions were struggling. Under Laurence’s leadership, wireless subscribers grew, but the company continued to lose cable customers, in part due to the growth in online streaming services such as Netflix.

In October 2016, Rogers announced that Joe Natale, formerly the CEO of Telus, would replace Laurence as president and CEO. The move surprised many, given that Laurence had held the post for less than three years. Rogers’s board made the decision in part because Natale, having left Telus in 2015, was available and considered a desirable candidate for the job. However, others, including The Globe and Mail, reported that Laurence’s relationship with the Rogers family was increasingly fraught — a factor which may have also contributed to his departure.

In 2021, Rogers Communications reported total operating revenue of $14.7 billion and profit of $5.9 billion. Its total assets were worth $41.9 billion, and it employed approximately 23,000 people.

As of 31 December 2021, Rogers provides wireless voice and data communications services to 11.3 million subscribers under the Rogers, Fido and Chatr brands over a network that covers 96 per cent of all Canadians, as well as wireless roaming. Rogers Cable delivers television, Internet and home phone services to 4.7 million homes in Ontario, New Brunswick and Newfoundland. Rogers Media’s television brands include City, OMNI, FX Canada, Sportsnet and The Shopping Channel. As of 2021, it also operates 54 radio stations across the country. Its sports entertainment properties include some of Toronto’s top professional teams.

On 19 April 2021, customers experienced a service outage, which interfered with wireless calls, SMS and data services. The outage was caused by a software update.

On 8 July 2022, a service outage impacted cellular and internet services for business and residential customers across Canada. The outage, which was reportedly caused by a software update, affected debit transactions and calls for emergency services. Rogers issued an apology and a credit to customers.

Bonds are issued by companies, municipalities and governments to investors in exchange for money to finance specific projects. The bond is a promise to pay the value of the loaned sum of money, as well as interest on that loan.

A bond with a higher-than-normal interest rate, resulting in more money, or a higher yield, for the investor. High-yield bonds are issued by companies without a solid reputation, as they may be unable to repay the money loaned by the investor.

When one company tries to take over another by coming to an agreement with the target company’s shareholders as opposed to its management.

A unit of ownership in a company.

The amount of money a company receives during a specific period.

The amount of money that remains after a company subtracts the costs of running the business from its total revenue.

Resources, such as property or other possessions, with economic value. 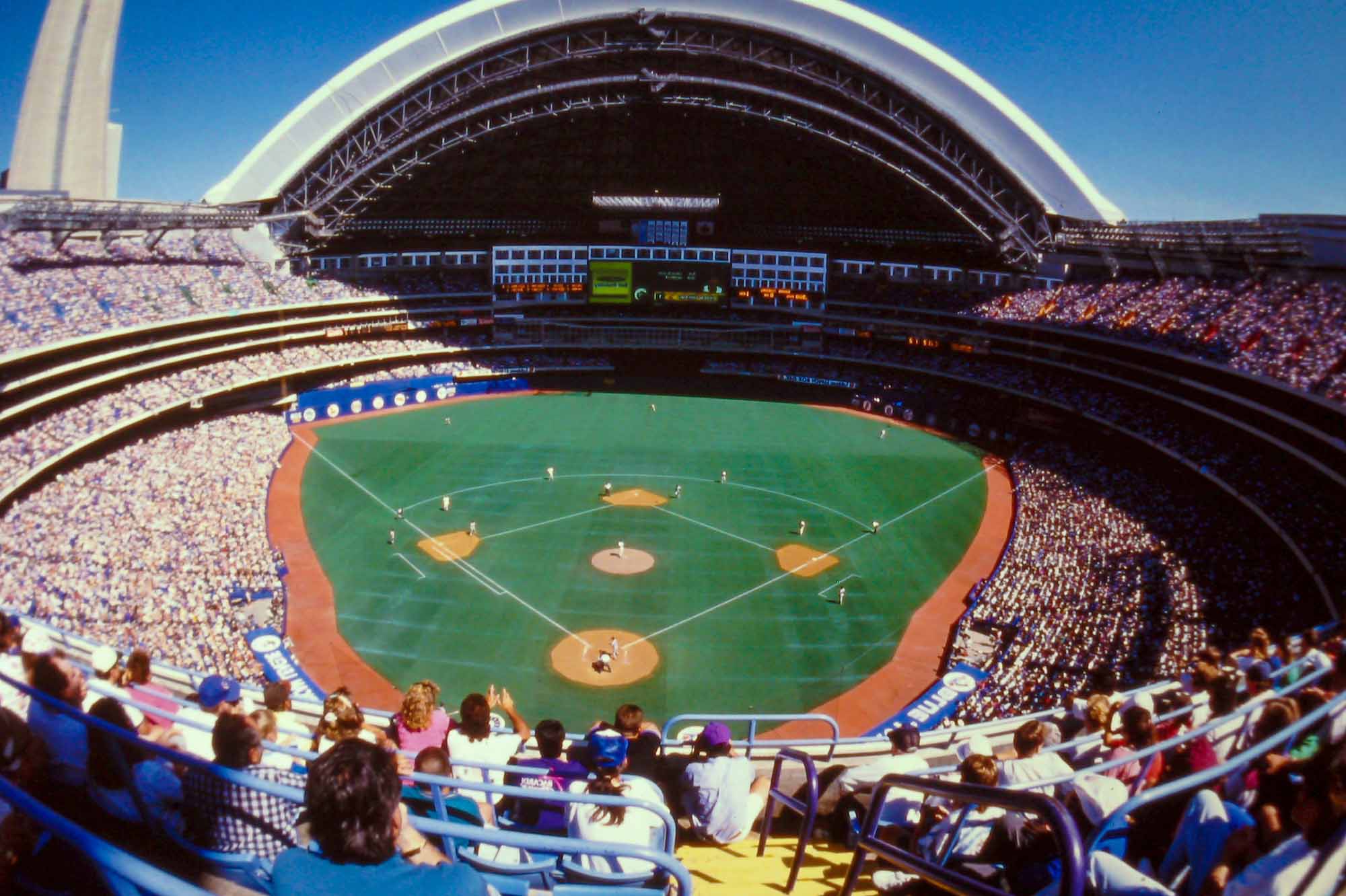 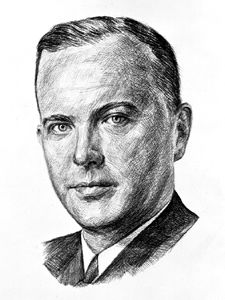