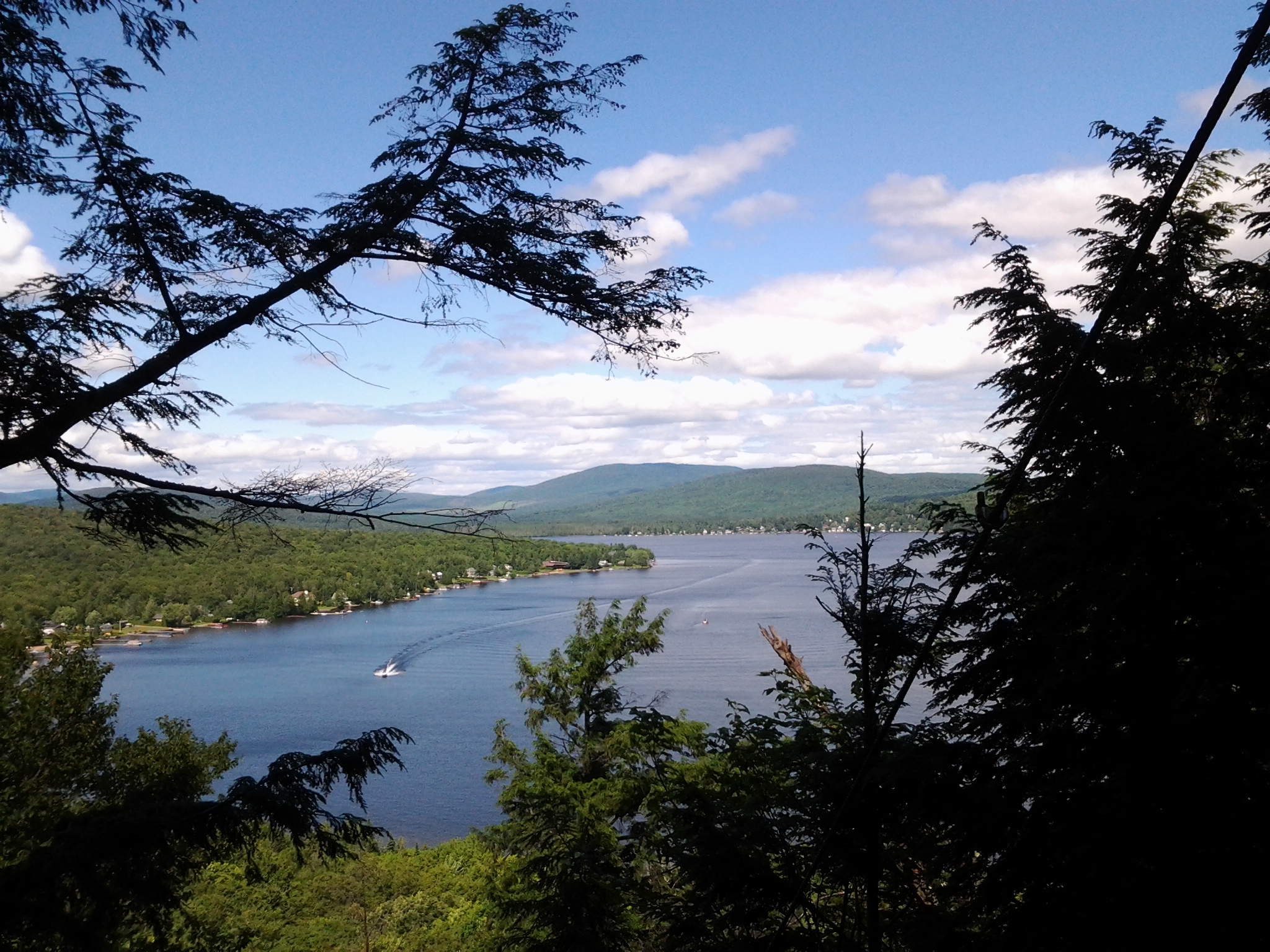 Rivière Saint-Maurice, 563 km long, rises upstream from Réservoir Gouin, 200 km west of Lac Saint-Jean, Québec. It drains a basin of 43 300 km2. After its confluence with Rivière Manouane, it feeds Réservoir Blanc and then takes in the Vermillon, Trenche, Croche, Mattawin and Mékinac rivers. It forms a delta at its outlet into the St Lawrence River at Trois-Rivières.

The upper Saint-Maurice flows through a steeply banked valley marked by glacial erosion. Its angular course is controlled by faults in the Precambrian rocks. The middle Saint-Maurice, downstream from La Tuque, is bordered with alluvial terraces and cuts through transversal moraines and marine clays. The lower Saint-Maurice begins at the southern extent of the Laurentides, at Grandes-Piles. With a rate of discharge of 730 m3/s, it runs through ancient sediments which are prone to gravity and slumping. It is harnessed at Grand-Mère, Chutes Shawinigan and La Gabelle.

The river is a historical route of human penetration inland. Several paleo-American sites, dating from the 2nd to 17th centuries, have been discovered. In 1535 Jacques Cartier called it Rivière de Fouez. The delta's 3 channels are the basis of the name of the city of Trois-Rivières, founded in 1634 by Guy de La Violette to promote the fur trade. The name Saint-Maurice came from the given name of Maurice Poulin de La Fontaine (c 1620-76).

The iron ore of the marshes of the lower Saint-Maurice was exploited at the historic site of Vieilles-Forges and in other foundries from the 1730s until 1908 (see Les Forges Saint-Maurice).

The upper Saint-Maurice was explored in 1828. Hydroelectric energy and floating log booms made possible the establishment between 1890 and 1900 of pulp and paper mills and chemical industries in Grand-Mère and Shawinigan. On the upper Saint-Maurice, the Attikamek live in the villages of Manawan, Weymontachie and Obedjiwan. La Maurice National Park, established in 1970, attracts naturalists and tourists.