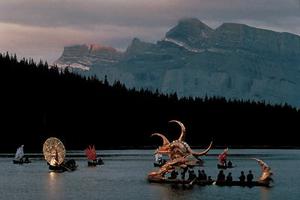 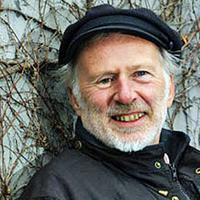 Raymond Murray Schafer, composer, writer, educator (b at Sarnia, Ont 18 July 1933). R. Murray Schafer has earned an international reputation for his musical compositions, innovative educational theories and outspoken opinions. His early career led him in 1956 from Toronto to Austria and England and back to Canada in 1961, where he became artist-in-residence at Memorial University, Newfoundland, (1963-64) and Simon Fraser University, BC, (1965-75). Since 1975 he has lived in rural Ontario, presently near Peterborough. Among the awards he has received are the Prix international Arthur-Honegger (1980), the first triennial Glenn Gould Award (1987), and the Molson Prize (1993), which recognizes outstanding lifetime contributions to the cultural and intellectual life of Canada.

Schafer first drew wide attention through his radical experiments in elementary music education in the late 1960s, which resulted in a series of imaginative educational booklets and several compositions designed for performance by youth orchestras and choirs. His intense interest in soundscape ecology led to his forming the WORLD SOUNDSCAPE PROJECT (1969, fully functional by 1971), an organization devoted to the critical study of the social and aesthetic aspects of the sonic environment. As of 1997 his influential book The Tuning of the World has been translated into eight languages and his educational theories are applied in parts of the world as diverse as Japan, Scandinavia and South America.

His musical compositions reveal many concerns, ranging from themes of alienation and political oppression to a fascination with Eastern mysticism and the sounds of the environment. Schafer continues to compose his on-going cycle of music dramas called Patria which are strongly rooted in the Canadian rural landscape and celebrate local surroundings and culture. His recent music reflects a strong sense of Canadian identity, one man's response to the Canadian landscape and his search for the myth without which, as he wrote in 1983, the nation dies. His writings on Ezra Pound and his music have been noted for their achievement as pieces of both musical and literary scholarship. Purely instrumental works include his cycle of seven string quartets and sensuously scored symphonic works such as Manitou (1996), inspired by Manitobas winter and written for the Tokyo Philharmonic.