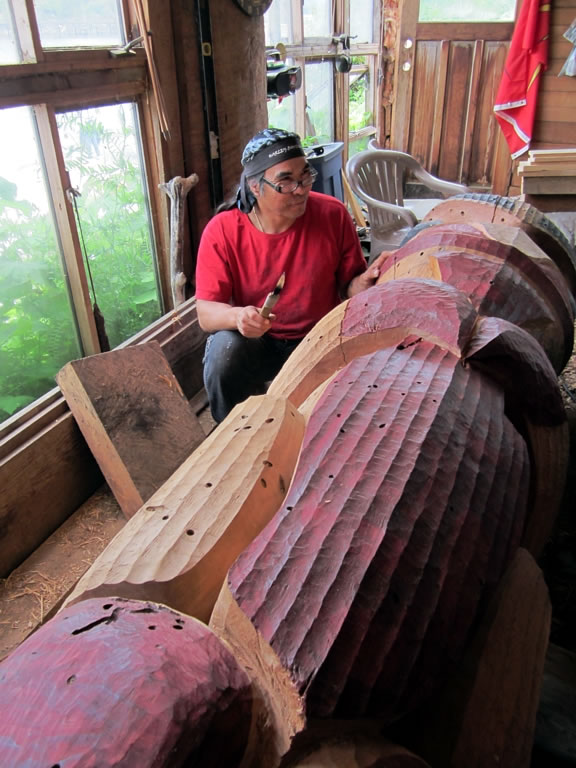 When Captain James Cook first met some Nuu-chah-nulth peoples in 1778, he mistakenly assumed that they were all part of the same tribe. Although the Nuu-chah-nulth shared traditions, languages and aspects of culture, they were divided into chiefly families or nations. Each nation included several local groups, led by a ha’wiih (hereditary chief). Each group also lived off the resources provided within their ha’houlthee (chiefly territories).

Up until 1830, more than 90 per cent of the Nuu-chah-nulth were killed by diseases introduced by Europeans (malaria and smallpox), and by cultural turmoil resulting from contact and trading with Westerners. Acquisition of guns intensified warfare, with well-armed Nuu-chah-nulth groups such as the Mowachaht, 'A:ho:sath and Tla'o:kwi'ath nearly exterminating others such as the Machl-'ath, 'O:ts'o:s'ath and T'ok'wa:'ath. The Nuu-chah-nulth population, estimated at 30,000 at first contact, plunged to only about 2,000 in the 1930s.

In 2014, there were 4,606 registered Nuu-chah-nulth, according to the Government of British Columbia. As of 2016, Statistics Canada reported 4,310 people identifying as having Nuu-chah-nulth ancestry.

The Nuu-chah-nulth were hunter-gatherers, who made their living primarily from fishing. Fish (particularly salmon and halibut), sea mammals and shellfish were mainstays of their diet, supplemented by fowl, deer, elk, bear and plant foods. Hunting parties travelled in large canoes during the winter and spring, to and from inlets and camps where they fished and hunted before returning home. 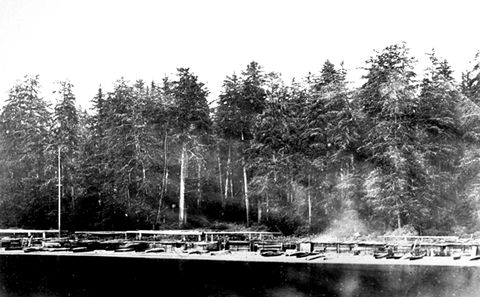 The Nuu-chah-nulth had a ranked society, divided into the nobility, the commoners and the slaves. Chiefs, who were part of the nobility class, presided over their respective communities, and were responsible for making important political and economic decisions for their people. A similar hierarchical structure was found in families, where heads of household were responsible for the protection and well-being of their family members.

Relations with other Pacific Northwest Coast Indigenous Peoples were generally friendly, especially with the culturally- and linguistically-related Kwakwaka'wakw on the northwest of Vancouver Island. Relations with the less culturally familiar Coast Salish groups to the east and south of the Nuu-chah-nulth territories were not as amicable. However, trade and intermarriage occurred between these differing nations. 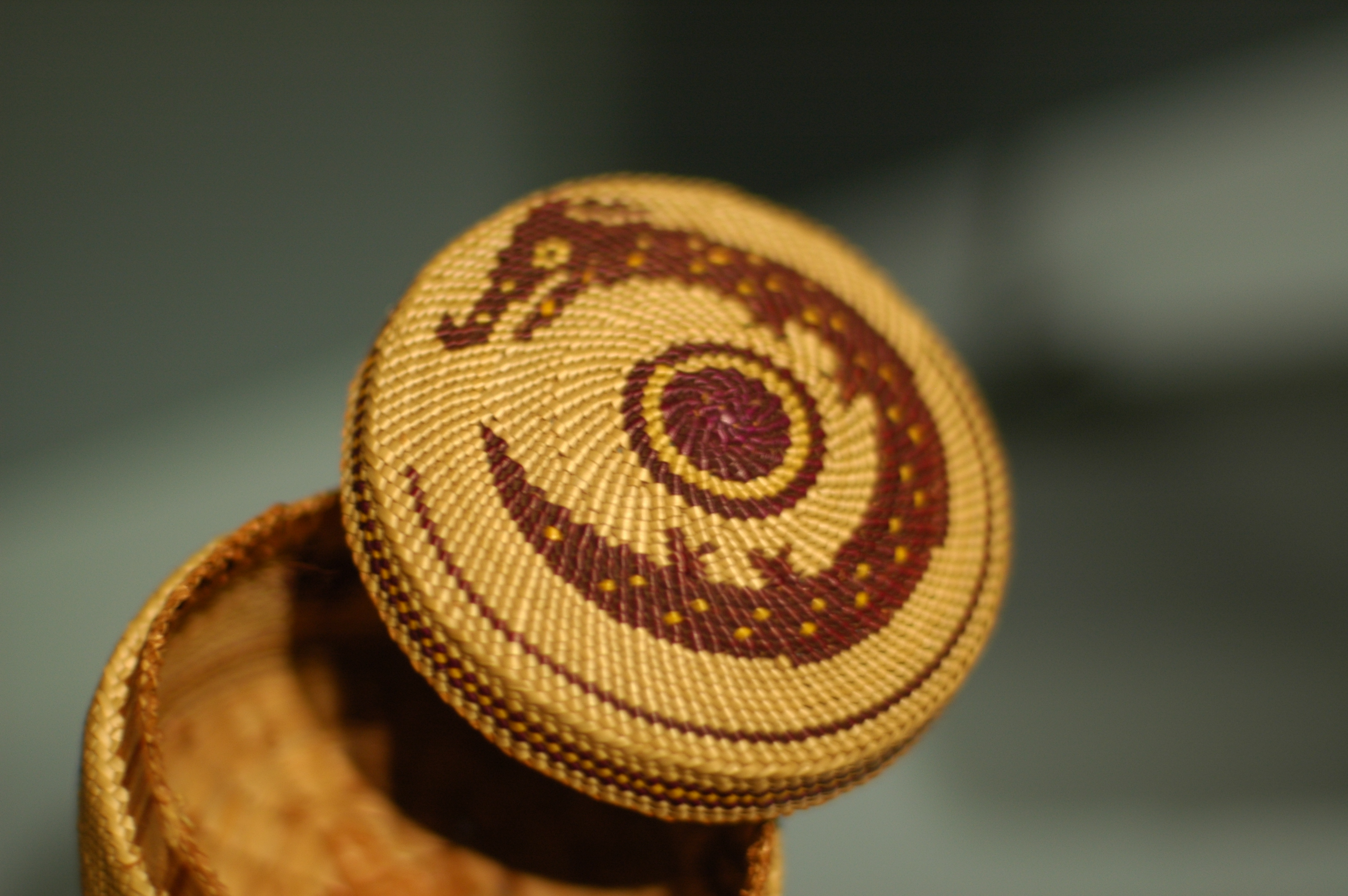 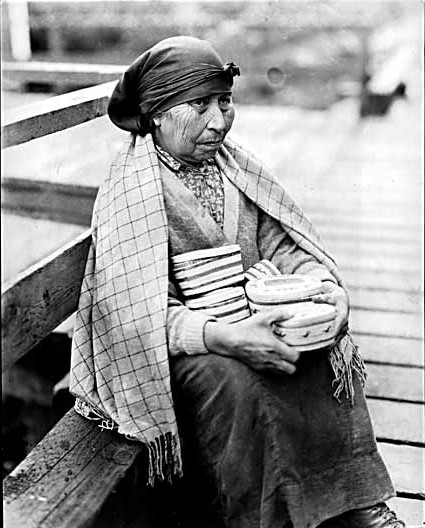 A Nuu-chah-nulth woman with baskets for sale (circa 1930s),\r\n
PreviousNext

Historically, the Nuu-chah-nulth have had a strong ceremonial culture, characterised by feasting and entertainment with song, dance, contests and theatricals (see Potlatch). The Wolf Ritual, which took place in the winter, was a particularly elaborate celebration of a general secret society that aimed to teach people about heroism, life and death, and the teachings of the elders. Another important winter ceremony was the Doctoring Ritual. Primarily held by central and southern Nuu-chah-nulth peoples, the ritual aimed to help cure a sick person with the singing of special songs.

The Nuu-chah-nulth have also been known for their stunning woodwork, including canoes, totem poles, multifamily houses and other products hand-crafted out of fine cedar (see Northwest Coast Indigenous Art). 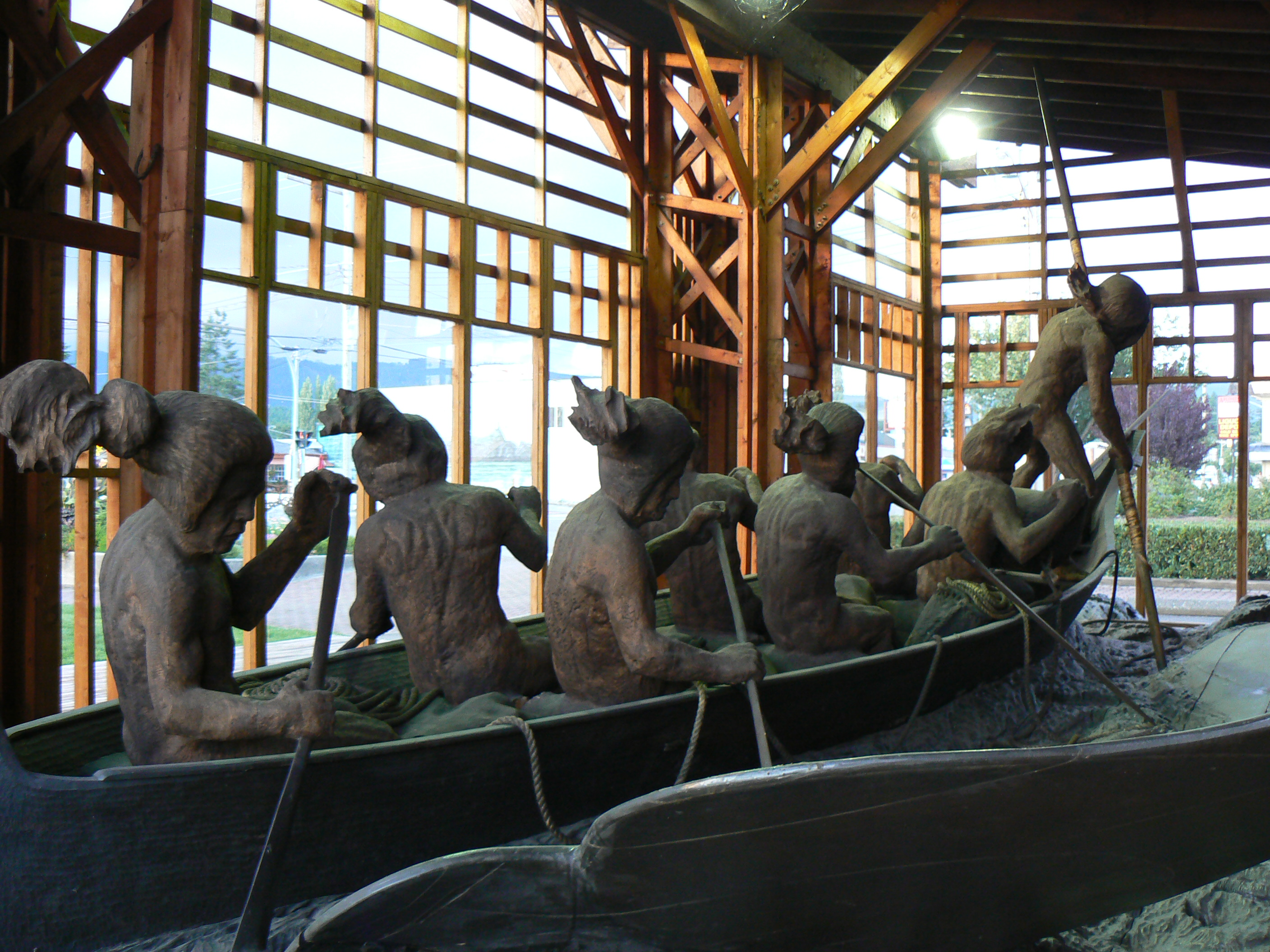 Whaling is an important aspect of Nuu-chah-nulth history. In addition to its economic value, whaling was essential to Nuu-chah-nulth culture and spirituality. It was reflected in legends, family names, songs and place names. The Yuquot Whalers’ Shrine was a ritual house-like structure used in the spiritual preparations for whale hunts. After a controversial and disputed “purchase” of the shrine, the American Museum of Natural History in New York gained its possession and contents in the early 1900s (see George Hunt). The original owners of the shrine, the Mowachaht people, continue to petition for its return. The shrine, and the Mowachaht’s efforts to reclaim the shrine, was the subject of the film The Washing of Tears (Hugh Brody, 1994).

Nuu-chah-nulth is considered an endangered language. As of 2016, only 380 persons identified the language as their mother tongue. Note that this figure does not distinguish fluent speakers from learning speakers; therefore, there might be fewer people who can speak the language very well. (See also Northwest Coast Language Families; Indigenous Languages in Canada).

Nuu-chah-nulth stories and legends speak of their past and also seek to impart traditional knowledge to future generations about life and culture. Most creation stories speak of the Creator who made the lands, waters, creatures and people. Nuu-chah-nulth stories also tend to feature important cultural figures, such as Raven and Mink, both of whom help the people to adapt to their surroundings. (See also Raven Symbolism).

Nuu-chah-nulth stories about the origin of the world differ according to the nation. One version of the story tells of a time before there was sunlight — a dark era during which light was kept securely in a box guarded by a great chief (sometimes referred to as the Old Fisherman). Raven wanted this light and attempted different methods of trying to release it. One day, he transformed himself into a leaf and ended up in the teacup of the great chief’s daughter. She accidently ate the leaf, and, in due time, gave birth to Son of Raven. The re-born Raven asked his now grandfather — the great chief — to see the box of light. He eventually agreed and opened the box, releasing light. Son of Raven transformed himself once again, this time back to his original form. He flew high into the sky, carrying the light with him. Son of Raven placed the light in the sky, creating the sun that shines down on us all.

Spanish explorer Juan Jose Peréz Hernandez first encountered the Nuu-chah-nulth in 1774 while navigating the Nootka Sound. On 9 August 1774, his crew traded with the Nuu-chah-nulth, offering them Californian abalone shells. However, the Spanish did not stay in Nootka Sound for long, and did not lay claim to the area.

In 1778, British explorer Captain James Cook anchored near the village of Yuquot on Nootka Island. Relations between Cook’s crew and the people of Yuquot were cordial, though sometimes strained. In trading, the people of Yuquot demanded metal objects from the British in exchange for valuable sea otter pelts.

From 1789–94, the Nuu-chah-nulth became involved in the Nootka Sound Controversy, a bitter dispute between the Spanish and British over control of Nootka Sound. Chief Maquinna of the Mowachaht Nuu-chah-nulth took advantage of the popularity of Nootka Sound to both manipulate and regulate competition between the disputing nations. Competition between Spain and the Great Britain for Nootka Sound was settled with the Nootka Conventions of the 1790s, during which Spain agreed to abandon its claims to the North Pacific coast.

Not all trading experiences with Europeans and North Americans were amicable, however. In March 1803, Maquinna and his men captured the American trading ship Boston, and killed the captain and most of the crew, sparing only two, whom they kept as slaves. In another instance, in 1811, the Tla-o-qui-aht attacked and destroyed the trading ship Tonquin in Clayoquot Sound as an act of revenge for an insult by the ship’s captain.

By the 1900s, the increased presence of European settlers on Nuu-chah-nulth lands forced them onto government-created reserves. Assimilationist federal policies — including the Indian Act and residential schools — eroded Nuu-chah-nulth culture and traditional ways of life. Nuu-chah-nulth peoples continue to work towards revitalizing and preserving their language, culture and spirituality.

The Nuu-chah-nulth have been actively involved in the protection and promotion of their rights to hunt and fish on traditional territories. On 2 July 2013, the British Columbia Court of Appeal ruled in favour of Nuu-chah-nulth commercial fishing rights, which had been an area of dispute between the province and the Nuu-chah-nulth. However, more negotiations are expected with the federal government, and particularly the Department of Fisheries and Oceans.

The Nuu-chah-nulth are also seeking self-government. In 2011, some Nuu-chah-nulth bands — known as the Maa-nulth First Nations — became self-governing. They negotiated the second modern treaty with the Government of British Columbia, which provided the Maa-nulth with $73 million over 10 years and a land settlement of 24,550 hectares, in addition to other annual funding and payments.