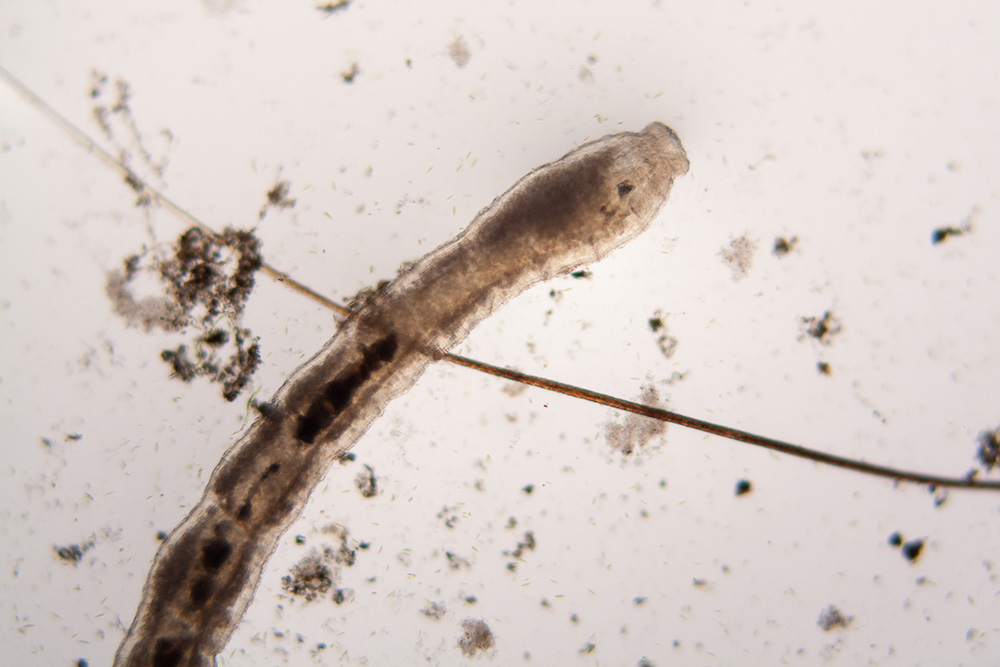 Nematoda are a phylum of unsegmented, cylindrical worms; approximately 30 000 species are known. Nematodes exhibit both radial and bilateral symmetry. The smallest adults are under 0.25 mm long; the largest (whale parasites) may exceed 9 m. Nematodes are pseudocoelomate, ie, have an unlined space between the body wall and digestive tract. Flexible cuticle covers the fluid-filled body. The digestive tract (a muscular, glandular esophagus and simple intestine) extends from mouth to anus. The mouth may contain elaborate, cuticular (horny) teeth, plates or a hollow spear. Circulatory and respiratory systems are absent. Sexes are separate. All nematodes, regardless of habitat or life-style, possess similar life cycles: 4 larval stages, each separated by a molt in which old cuticle is shed and replaced, precede the adult stage. Molts may be the only indication of development since larvae may be superficially identical to adults.

Most nematodes are free-living scavengers, herbivores or predators, in soil, fresh water or salt water. Parasitic species living in plants or animals are less common but more notorious. The golden nematode has decimated potato crops in Newfoundland and southern Vancouver Island. Others cause serious damage to timber, field and greenhouse crops. Trichina worm in pigs or bears and dog round worm are familiar animal parasites. Virtually every animal can be infected with several species. Nematodes have been classified variously as an order, class or phylum, and were once considered a class of phylum Aschelmintha.