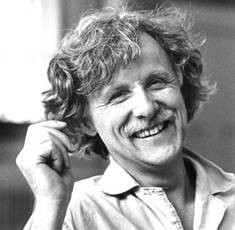 Michael Rubbo, director (b at Melbourne, Australia 31 December 1938). Rubbo studied anthropology at Sydney University and then moved to the US, where he obtained an MA in filmmaking from Stanford University. On the strength of his thesis film, he was hired by the NATIONAL FILM BOARD in 1966. He was soon appointed head of the Films for Children Department and made several innovative films with, for and about children.

Rubbo emerged as an important new voice in documentary cinema (seeFILM, DOCUMENTARY) in 1970 when he directed Sad Song of Yellow Skin, a film about his own experiences on a visit to Saigon during the Vietnam War. This film introduced Rubbo's distinctive approach in which he appears in his own films and speaks the commentary, presenting himself as someone who asks questions and is open to the influence of the events that unfold in front of his camera. He developed and extended this approach in many films during the 1970s and 1980s, notably in Waiting for Fidel (1974), dealing with a trip to Cuba and a failed attempt to interview Castro, and Daisy: The Story of a Facelift (1983), in which a woman's decision to undergo cosmetic surgery leads Rubbo to explore the role of physical appearances in everyday life.

Rubbo left the NFB in 1985 to work on fiction films. He directed some of the most successful contributions to Contes pour tous, a series of films for children produced by Rock DEMERS. They are: The Peanut Butter Solution (1986), Tommy Tricker and the Stamp Traveller (1988), Vincent and Me (1990) and The Return of Tommy Tricker (1994).

Rubbo has since worked mainly for Australian television, as a producer but also as the director of Much Ado About Something (2000), in which he explores the possibility that Shakespeare's plays were really written by Christopher Marlowe.