The #MeToo movement protesting sexual violence against women began in the United States in October 2017 in the wake of accusations against Hollywood film producer Harvey Weinstein. Since then, it has rapidly expanded internationally through Facebook, Twitter and other social media platforms. In Canada, #MeToo and its French equivalent, #MoiAussi, have amplified the voices of victims and changed the conversation pertaining to rape, sexual abuse, sexual assault and other forms of sexual violence, harassment and misconduct.

The #MeToo movement protesting sexual violence against women began in the United States in October 2017 in the wake of accusations against Hollywood film producer Harvey Weinstein. Since then, it has rapidly expanded internationally through Facebook, Twitter and other social media platforms. In Canada, #MeToo and its French equivalent, #MoiAussi, have amplified the voices of victims and changed the conversation pertaining to rape, sexual abuse, sexual assault and other forms of sexual violence, harassment and misconduct.

What is now called the #MeToo movement started in October 2017 on social media. However, its origins lay in an initiative by Tarana Burke, an African-American activist. In 1997, Burke was working at a youth camp when she had a life-changing conversation with a 13-year-old girl who was being sexually abused. This motivated Burke to create Just Be Inc., a non-profit organization helping victims of sexual harassment and assault. In 2007, Burke gave her campaign the name Me Too.

The #MeToo social media campaign was inspired by multiple accusations of sexual assault against film producer Harvey Weinstein in 2017. (In 2020, Weinstein was found guilty of sexually assaulting two women and sentenced to 23 years in prison.)

The campaign was initiated in October 2017 by American actor Alyssa Milano, who wanted to make people aware of the magnitude of the problem (i.e., sexual assault) in American society. Milano therefore encouraged Twitter users, “If you’ve been sexually harassed or assaulted write ‘me too’ as a reply to this tweet.”

These two words went viral in an unprecedented international movement protesting sexual violence against women. The hashtag was shared (“tweeted”) nearly 1 million times in 48 hours, according to Twitter. The impact was even greater on Facebook; in less than 24 hours, 4.7 million Facebook users around the world made more than 12 million posts, comments and reactions about #MeToo.

Survivors saw this as an opportunity not only to share their intimate stories, in many cases for the first time, but also to publicly denounce their aggressors. The sheer volume of tweets and posts showed how violence against women has been rampant in personal and professional settings. 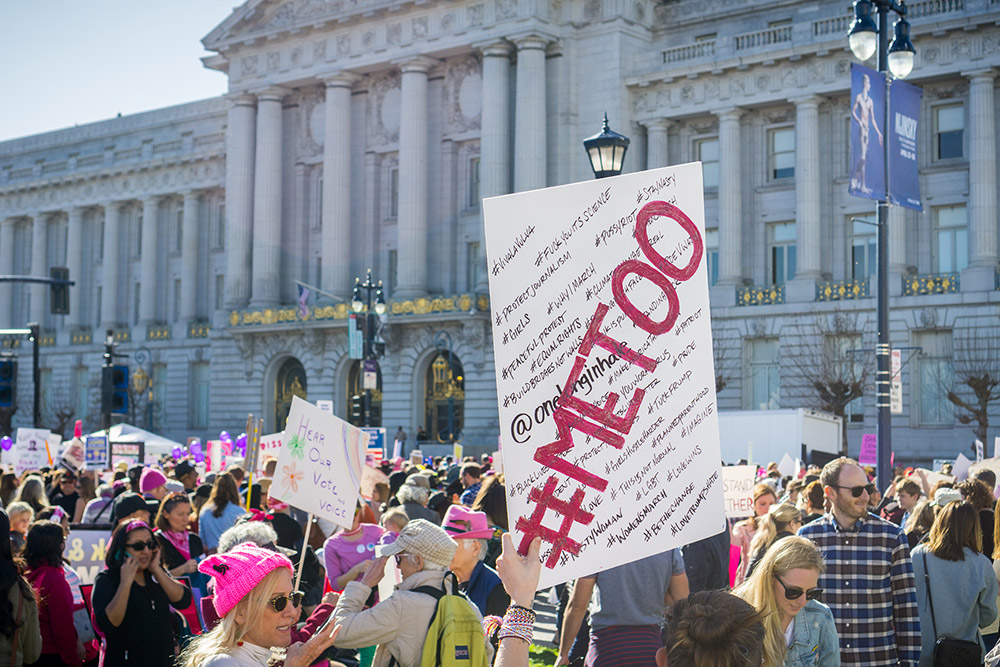 The #MeToo movement has garnered much support in Canada, in conjunction with the work of survivors and activists who raised awareness about sexual abuse prior to the campaign.

Since 2014, #BeenRapedNeverReported and its French equivalent, #AgressionsNonDénoncées, have been used on social media to give voice to survivors. This was the first online movement concerning sexual abuse in Western countries on a significant scale. The movement was spurred in part by allegations of sexual harassment and assault against radio host Jian Ghomeshi, who was fired from the CBC in October 2014. (Ghomeshi was acquitted of all charges in March 2016 and settled out of court a further charge of sexual assault of a co-worker at the CBC. See Jian Ghomeshi Case.)

Since the 2017 allegations against Harvey Weinstein and the beginnings of the #MeToo movement in the United States, Canadians from all walks of life, most of them women, have shared their stories of sexual abuse and harassment. This includes actors Elliot Page, Rachel McAdams, Mia Kirshner and Sarah Polley, who went public with their stories of sexual harassment and assault while working in Hollywood. 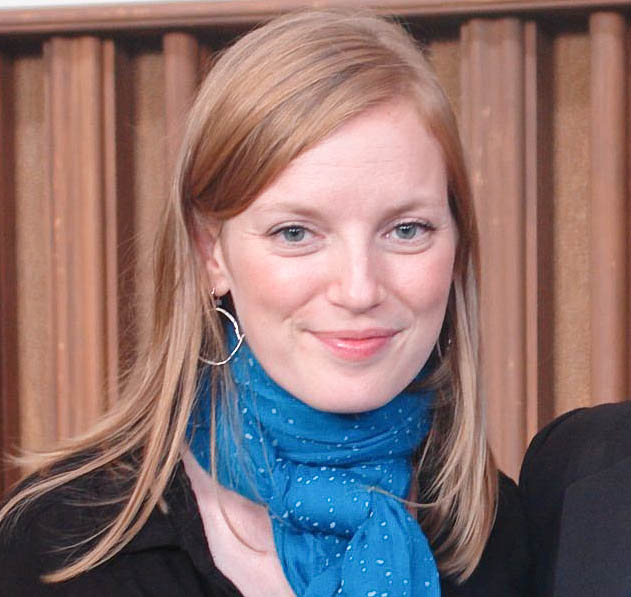 Polley called sexual harassment in the film industry an “every single day experience” and cited it as a major factor in her decision to quit acting and focus on producing and directing her own projects. “There are a million ways in which you are taught to think that this is completely fine and consensual when it absolutely is not,” she said in an interview with NOW magazine. “It takes a lot of years before you have words for it, being able to name something. ‘Unwanted.’ ‘Harassment.’ ‘Not consensual.’ These are words that take a long time to attribute to the experience you are having.”

The entertainment industry in Canada, as in the United States, was the first to come under public scrutiny. The most famous example was Quebec producer and Just For Laughs president Gilbert Rozon, who has been accused of abusing at least 20 women between 1982 and 2016. In late November 2017, female Sportsnet employees complained about baseball analyst Gregg Zaun’s inappropriate behaviour in the workplace, which led to his firing. In January 2018, four actresses sued Albert Schultz, co-founder of Soulpepper Theatre, accusing him of sexual harassment. Schultz denied any wrongdoing but resigned from the theatre; the lawsuits were settled later that year.

Several male politicians at the federal, provincial and local levels of government also found themselves at the centre of attention in early 2018, after allegations were made by former female colleagues, including Parliament Hill staffers.

In the Canadian entertainment industry, actresses Mia Kirshner and Freya Ravensbergen, along with film producer Aisling Chin-Yee, created AFTERMETOO to call for concrete action against sexual violence in the workplace, echoing Hollywood’s Time’s Up campaign. The Canadian Women’s Foundation has partnered with AFTERMETOO to establish a fund for sexual violence support services across Canada.

The Power and Limitations of #MeToo

The #MeToo movement went beyond a hashtag, including demonstrations, community work and public debates, creating unprecedented public awareness of the subject. In December 2017, Paulette Senior, president and CEO of the Canadian Women’s Foundation, declared, “Whether it’s through the #metoo movement here as well as in the U.S., the tidal wave that we’ve seen has been second to none in terms of women being able to come forward, women using their voices.”

Social media provided a platform for the #MeToo movement, as well as for women to share their experiences of sexual abuse and access support. It is important to note, however, that while many survivors have felt empowered by the movement, disclosure can also re-traumatize victims.

Since the advent of the #MeToo social media campaign, there has been an increase in the reporting of sexual abuse in Canada. According to Statistics Canada, only 5 per cent of sexual assaults were reported to police in 2014. The reason for underreporting seems to lie in victims’ fears that they will not be believed, and in the low conviction rates.

In 2017, an investigation by the Globe and Mail compiled data from more than 870 police forces in Canada. The data revealed that one of every five (19.39 per cent) sexual-assault allegations in Canada is dismissed as baseless and thus unfounded — a rate nearly twice as high as it is for physical assault (10.84 per cent) and dramatically higher than that for other types of crime.

Ottawa criminologist Holly Johnson believes that the high rate of “unfounded” allegations sends the message that police simply do not believe many complainants. According to Johnson, this in turn “reinforces damaging myths that women lie about sexual victimization and could act as a deterrent to already low reporting.” Another alarming statistic has been the low rate of criminal convictions: for example, out of 1,000 complaints for sexual assault, only three led to the aggressor being sentenced in 2014.

Calls to community rape crisis centres and help lines also increased during and in the aftermath of the #MeToo campaign.

The rise in public accusations of sexual assault and harassment, and the resulting damage to the reputations and careers of high-profile figures, has led to some concern that due process has been circumvented. In a few cases, for example, celebrities have been accused publicly of harassment but have later been exonerated. Despite these concerns, the evidence reveals that false reporting only happens in two to eight per cent of sexual assault cases. Statistically, women tend to neither report sexual assault nor make a false allegation. Activists acknowledge the need to respect due process but emphasize the failures of the existing policies and procedures in protecting survivors of sexual assault and harassment. As the Canadian Women’s Foundation has stated, “While due process should be respected, the #MeToo Movement has helped to demonstrate that systemic and long-term change is needed for it to fairly serve all parties involved in cases of sexual harassment or assault. Public accusations have emerged online because the existing processes and protocols have not adequately served those who report experiences of sexual harassment or assault.”

Prime Minister Justin Trudeau has called the #MeToo campaign an “awakening,” and indeed it has provoked increased attention from government and its agencies to the problem of sexual abuse. The Canadian government is working toward a national strategy to deal with sexual-assault cases, including development of a common set of practices for police and prosecutors across the country. It is also investing more than $100 million over five years to prevent gender-based violence.

After #MeToo, Quebec’s director of criminal and penal prosecutions published a series of short video clips on sexual violence and the criminal justice system in order to debunk common assumptions and concerns regarding judicial procedures. The videos clarify that victims are not required to repeat their story to many different people or to witness in front of the person accused, and that the medical files and sexual history of victims are not necessarily brought to court. In December 2018, MNA Véronique Hivon (a former cabinet minister in the Parti Québécois government), proposed the idea of a dedicated court to answer survivors’ concerns, due to the inadequacy of the justice system in cases of sexual abuse. In December 2019, Quebec Justice Minister Sonia LeBel announced a 15-month pilot project that would provide free legal assistance to victims of sexual assault. The Quebec program will run from January 2020 to March 2021.

In 2016, Canada passed the Sexual Violence and Harassment Action Plan Act (Bill 132), which requires employers to take positive actions to address the problem. In November 2017, the federal government introduced legislation to overhaul the framework for sexual harassment policies and procedures in federal workplaces and in Parliament (Bill C-65). While the bill was developed prior to #MeToo, the campaign likely contributed to its rapid adoption.

While Bill C-65 only applies to federal workplaces, the Canadian government has encouraged employers in other industries to improve their harassment policies and procedures as well. The Human Resources Professionals Association has also provided guidelines and recommendations to employers. These include the development of standalone policies regarding sexual harassment and assault, and training for employees, supervisors and human resource professionals on appropriate and inappropriate behaviours in the workplace, as well as the prevention of harassment and the conducting of complaints investigations.