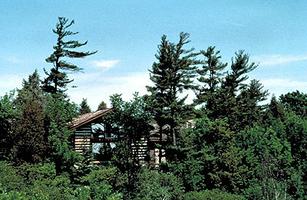 The McMichael Canadian Art Collection is the only public art gallery in the country that is solely devoted to Canadian art. With a collection comprising over 5000 works (more than 70% of which were donated by private collectors), the McMichael includes paintings by Tom Thomson and the Group of Seven and their contemporaries. It also includes works by artists of Aboriginal, Inuit and Métis ancestry (see Aboriginal Art) along with works by modern and contemporary artists who have made a contribution to the Canadian artistic heritage.

The McMichael offers visitors the unique opportunity to enjoy Canadian landscape paintings in the woodland setting that inspired them. The gallery is situated amid 100 acres of conservation land and housed in a sprawling complex of intimate galleries and exhibition halls built of fieldstone and hand-hewn logs. Strategically located floor-to-ceiling windows enable gallery-goers to take in the marvellous views of the densely wooded Humber River Valley as they stroll from gallery to gallery.

The inspiration of this unusual art museum came from its founders, Robert and Signe McMichael, who decided to build a country retreat and be surrounded by the beauty of nature both inside and outside of their home. In 1951 the McMichaels purchased 10 acres of land in the village of Kleinburg, Ontario, and built a cosy pioneer-style home..

The McMichaels' love of the setting in which they built their home sparked an interest in the bold landscape paintings of Tom Thomson and the Group of Seven. In 1955 they purchased their first painting, a small panel by Lawren Harris entitled Montreal River, for $250.Their collection grew, and within a few years they acquired works by Tom Thomson, Arthur Lismer, J.E.H. MacDonald , Frederick Varley, Franklin Carmichael, A.Y. Jackson, A.J. Casson, Lionel LeMoine Fitzgerald, Edwin Holgate, Emily Carr, David Milne and numerous examples of Canadian Aboriginal and Inuit art.

The McMichaels were personally acquainted with six of the 10 artists who were members of the Group during its 12-year history from 1920 to 1932. A.J. Casson, Frederick Varley, Arthur Lismer and Edwin Holgate visited Kleinburg (A.J. Casson and his wife often filled in as hosts at the gallery when the McMichaels were out of town), and A.Y. Jackson spent the last 6 years of his life as "artist-in-residence" while living with the McMichaels.

Mount Lefroy, an important mountain painting by Lawren Harris, was originally loaned to the McMichaels by the artist, and was subsequently purchased with funds bequeathed from his widow's estate. And Tom Thomson's shack, the tiny frame building in which the artist spent his winters in Toronto's Rosedale Ravine, was acquired by the McMichaels in 1962 and now stands on the gallery grounds.

As the collection grew, the McMichaels added several additional log and fieldstone galleries to their home and eventually increased the floor area to 10,000 square feet. For several years the McMichaels regularly opened their house and art collection to the public on weekends, but as larger and larger crowds appeared on their doorstep each weekend, they began to investigate ways to make the gallery permanently accessible to the public. In 1965, following lengthy negotiations with the Province of Ontario, the McMichaels gave their home, property and collection of 177 paintings to the government, which agreed to ensure that the buildings and grounds would be maintained and that the spirit of the collection would be retained for all time.

Since then, the McMichaels and the province have been joined by the federal government and private and corporate citizens in the development of an important cultural institution devoted to the appreciation of Canadian art. The collection of Group of Seven paintings and works by Aboriginal and Inuit artists that the McMichaels gave to the province has grown to become one of the largest in the country and the original fieldstone and log home has been greatly expanded into an 80 000 square foot facility which includes 14 exhibition galleries, a restaurant and a gift shop. The look and atmosphere have been preserved, with log and barn-board walls, fieldstone fireplaces and huge windows to look out on the land that inspired the paintings within.

Today, the McMichaels' collecting and exhibiting activities continue to focus on the achievements of the Group of Seven, their contemporaries and Aboriginal, Inuit and Métis artists. To remain vital and relevant to the interests of its ever-growing audience, however, the gallery has broadened the scope of its collecting and temporary exhibitions in recent years to bring a more national and occasionally an international perspective to its exhibition schedule. Works by contemporary painters, sculptors, photographers, folk artists and video and filmmakers are often featured in special exhibitions throughout the year, and many of these travel to other venues across Canada and abroad.

As well, the gallery presents a full slate of cultural events and art-related activities to complement its permanent and temporary exhibitions. These include art classes for both children and adults, lectures, tours, films, storytelling, holiday programming, a classical and popular music concert series, and an artist-in-residence program.

With its mandate to develop "as the pre-eminent museum for the exploration of the evolving Canadian artistic expression," the McMichael offers visitors an exceptional opportunity to discover Canada's elusive national identity as it is perceived by past and present generations of Canadian visual artists.