Lynn Johnston, cartoonist (b at Collingwood, Ont in 1947). Johnston is illustrator and creator of the comic strip "For Better or Worse," which appears in more than 2000 newspapers in 160 countries. She studied art at the Vancouver College of Art and began her career illustrating medical journals at McMaster University. Her popular comic strip, created in 1979, is based on her family's daily routine and life experiences. Her material has been collected in more than 20 books including David, We're Pregnant; Do They Ever Grow Up?; Hi Mom, Hi Dad; Happiness Is a Warm Puddle and If This Is a Lecture, How Long Will It Be?

She has won many awards for her work, and was made a member of the Order of Canada in 1992. Johnston is the first cartoonist to introduce a homosexual character in a mainstream Canadian comic strip (1993). 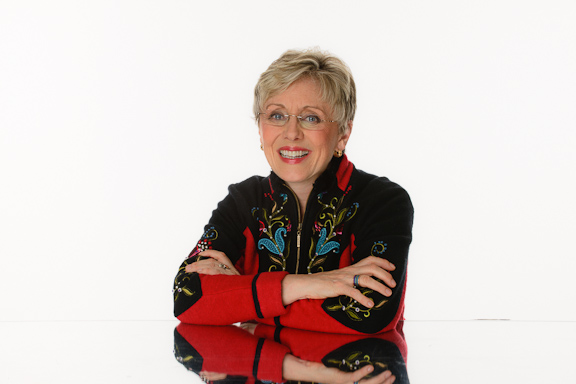 For Better of For Worse cartoonist Lynn Johnston.