Lions Gate Bridge, which officially opened on 29 May 1939, spans Burrard Inlet at the First Narrows, connecting Stanley Park and Vancouver’s city centre to the North Shore. It’s a suspension bridge — that is, a roadway suspended from cables that are saddled on high towers and securely anchored into the banks at either end of the bridge. With a 473 m main span, Lions Gate Bridge is one of the longest bridges in Canada, comparable in length to the Brooklyn Bridge in New York. The beauty of the bridge, which was named for the twin peaks in the North Shore Mountains, has made it an iconic symbol of Vancouver. 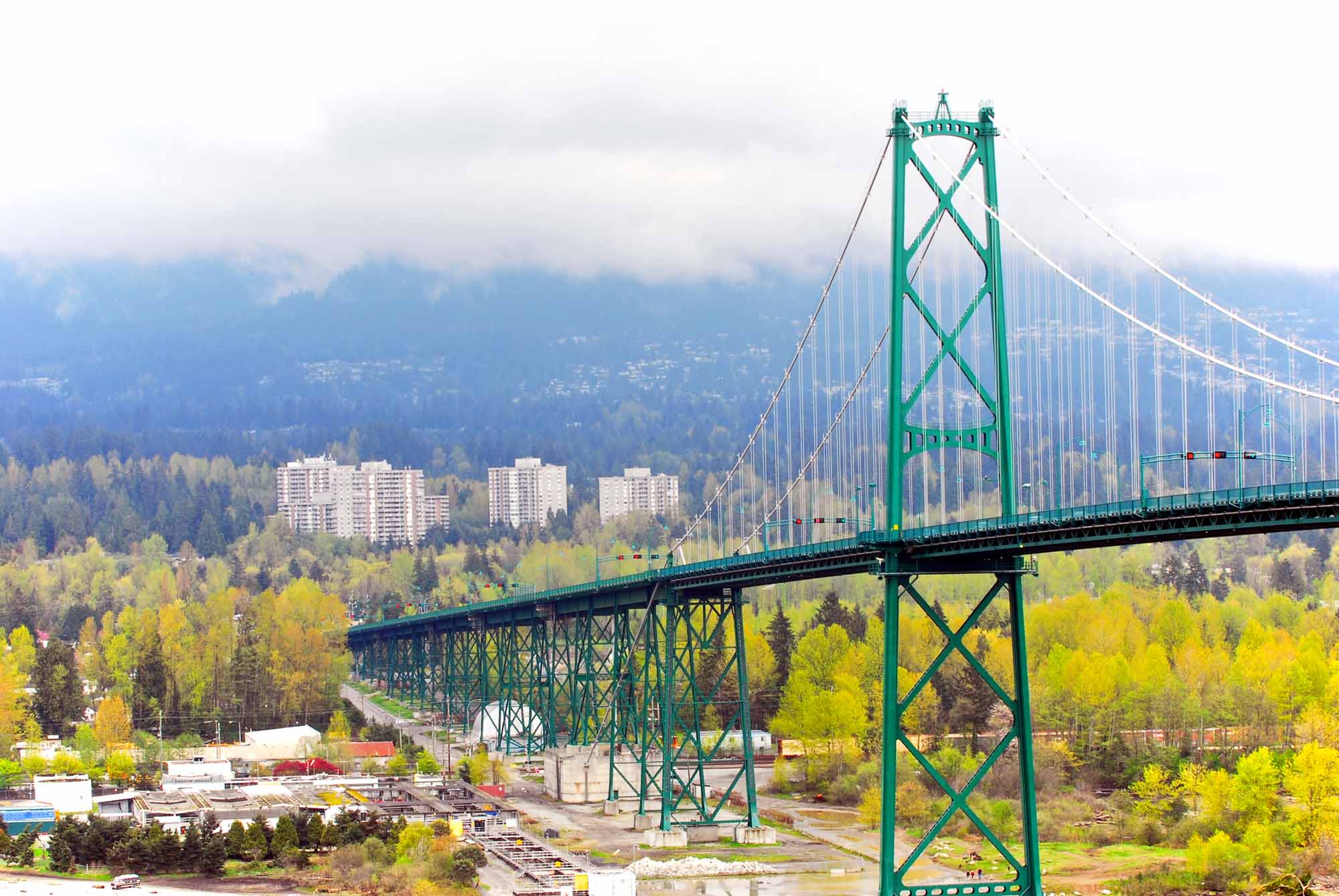 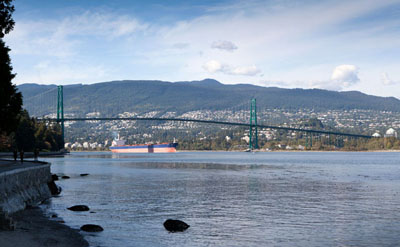 The Lions Gate Bridge, 2011, was originally built by the Guiness Beer company as a link to their British Properites on the north shore (photo by James H. Marsh). 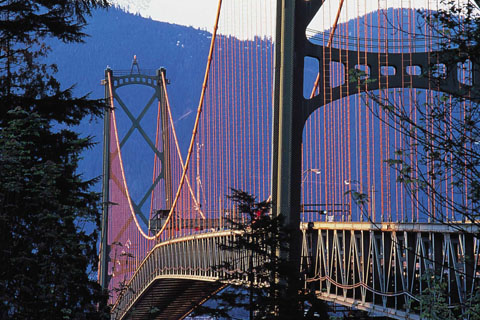 The City of Vancouver long resisted the idea of building a bridge across the First Narrows because of the impact it would have on Stanley Park. Citizens defeated the idea in a plebiscite in 1927. The driving force behind overcoming these objections was Alfred James Towle Taylor, an engineer who had worked on a variety of large projects in British Columbia. Taylor moved to England, where he persuaded the Guinness brewing family to finance residential suburbs in West Vancouver. Through a syndicate called British Pacific Properties Ltd., the Guinness family offered to pay for a bridge that linked Vancouver to the North Shore. The fact that the bridge wouldn’t cost the city any money and that its construction would create jobs during the desperate times of the Great Depression proved irresistible.

Construction began on 31 March 1937. Montréal’s Monsarrat and Pratley, Canada’s leading bridge architects at the time, designed the span, which was similar in style to the Golden Gate Bridge in San Francisco. Its elegance and spectacular views have won accolades ever since. One innovation in the construction of the bridge was the use of prefabricated strands for the suspension cables. An American firm supplied the wires, which were twisted into cable strands by a company in Québec and delivered to the site by rail. Bridge workers then hoisted the cable strands into place over the tower saddles and tightened them with wrenches.

The Guinness family paid exactly $5,873,837.17 to build the bridge and sold it for that same amount to the province in 1955. The bridge opened to traffic on 14 November 1938. King George VI and Queen Elizabeth presided over the official opening on 29 May 1939. Alfred J.T. Taylor, the shrewd visionary who inspired the bridge, wasn’t present at the royal opening. The Guinness family’s last involvement with the bridge came in 1986, when they added lights to the bridge as a gift to the city during Expo 86.

Even though the two lanes on the original bridge were later divided into three lanes, the bridge remains inadequate to growing traffic. Nevertheless, the city has resisted dramatic changes to the iconic structure.