Lionel-Adolphe Groulx, historian, priest and nationalist spokesman for the French-Canadian population (born 13 January 1878 in Vaudreuil, Quebec; died 23 May in Vaudreuil). Lionel Groulx was an important intellectual figure for the Quebec nationalist movement and generated some controversy for his antisemitic tendencies (see also Delisle-Richler Controversy).

Lionel-Adolphe Groulx, historian, priest and nationalist spokesman for the French-Canadian population (born 13 January 1878 in Vaudreuil, Quebec; died 23 May in Vaudreuil). Lionel Groulx was an important intellectual figure for the Quebec nationalist movement and generated some controversy for his antisemitic tendencies (see also Delisle-Richler Controversy). 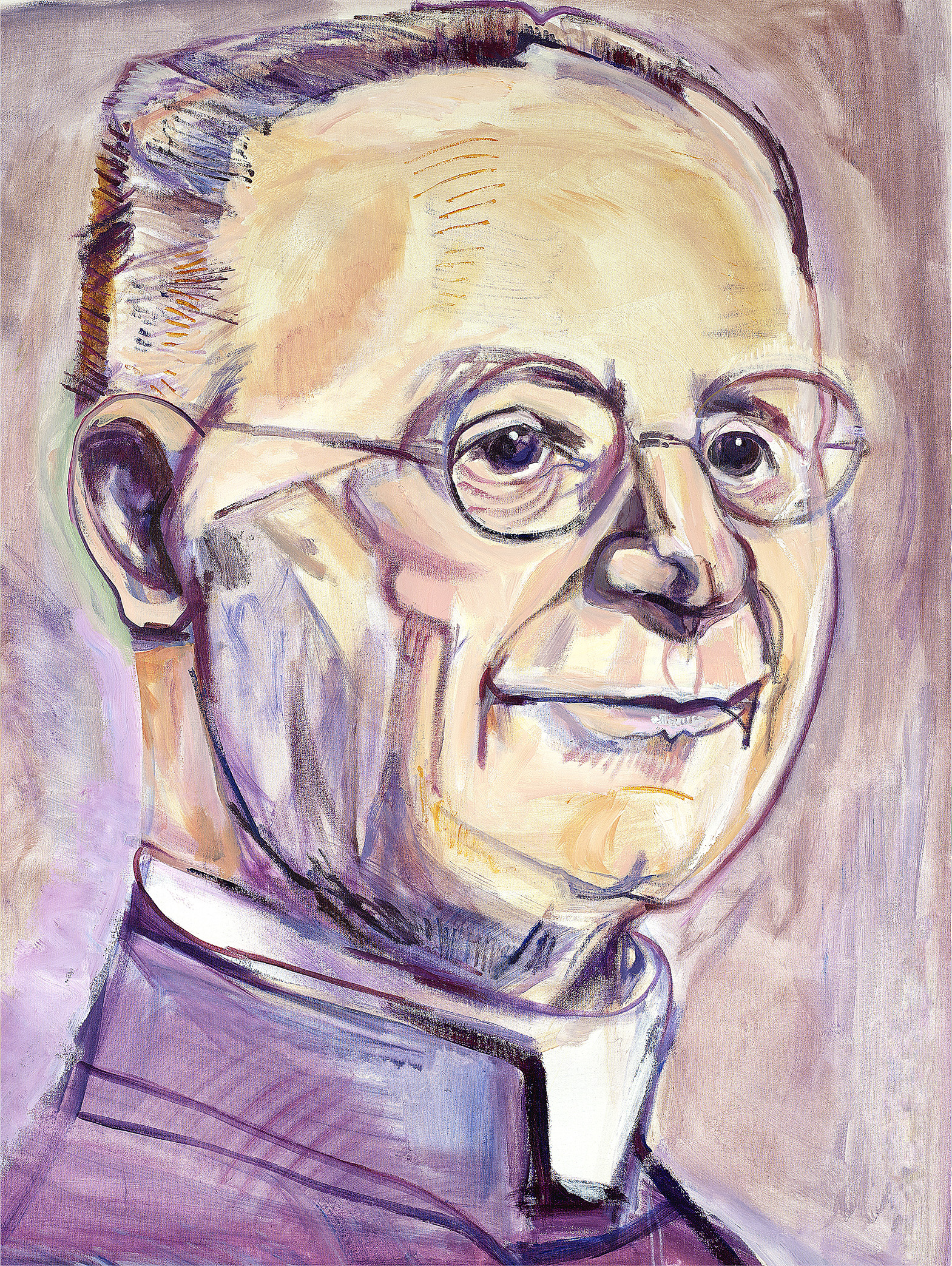 Lionel Groulx was both the most renown French Canadian historian until the 1960s and the most important defender and popular writer for the French Canadian nationalist cause, after Henri Bourassa. He was known for his ideas and for leading nationalist groups. He criticized the Confederation and passed on his sense of pride for French Canadian history to thousands of young people. Lionel Groulx was a controversial figure and was accused of supporting antisemitism in his personal work and in the work he published under pseudonyms.

Born in rural farm family, Lionel Groulx attended the village school and completed his classical education at the Sainte-Thérèse de Blainville seminary. His religious upbringing, at home and in school, guided him into becoming a Catholic priest and teacher. From 1900 to 1915, he taught literature and history at the Valleyfield College (now called Salaberry-de-Valleyfied), first as a student, then as a priest. He paused his teaching career from 1906 to 1909 to pursue advanced studies in theology and linguistics in Europe.

During his first teaching years, Lionel Groulx’s two lifelong passions took form: working with youth and studying history. In 1904, Groulx created the Association catholique de la jeunesse canadienne-française. This organization for students across the province encouraged members to cultivate and practise high religious and social ideals. The self-taught historian used lessons from the past to teach his students. He also wrote many history books on French Canada.

Inspired by an idea of François-Xavier Garneau, who considered the Conquest a disaster for French Canadians, Groulx started considering history from the perspective of French Canada’s fight for survival across the ages. This approach completely challenged the belief that the presence of anglophones in Quebec was beneficial and that the subjugation of French Canadians was natural. In 1915, Lionel Groulx was appointed the first chair of Canadian history at the Université Laval in Montreal (see Université de Montreal), and remained active until 1949.

Lionel Groulx saw politics through the eyes of Henri Bourassa. He became bitter about the situation of francophones in Canada during the period marked by the Ontario schools question and Canada’s participation in the First World War. He and the allies of the Ligue des droits du français grew concerned at the declining status of the French language compared to English in the commercial and industrial worlds. He claimed that French Canadians must demand the same rights and the same status as English Canadians.

From 1920 to 1929, Lionel Groulx led the Action française – both the monthly review and the nationalist movement. He constantly brought up the issue of the survival of the French language and Catholicism in an urban, industrial and Anglo-Saxon environment. He even entertained the idea of Laurentia: an autonomous state for French Canada. He was careful to avoid the term séparatisme and denied using it all his life, but the notion was no less alive. French Canadians would then be able to organize the social, economical and political aspects of their lives as they wished, inspired by their religion, their history and their culture.

Lionel Groulx cultivated this notion during the darkest times of modern Quebec’s history. During the Great Depression, he undertook another nationalist publication, Action nationale. According to this entity, the crisis was the result of excessive industrialization which was supported by capitalist Americans and by an overly generous provincial government. During the Second World War with brought about a second conscription crisis, Lionel Groulx openly accused anglophone Canadians of dividing the country on this issue which was strongly opposed by the majority of French Canadians (see also Conscription in Canada).

At this point in Lionel Groulx’s life, he was a key authority in the French-Canadian nationalist circles. His teachings inspired a number of future influential nationalists like André Laurendeau.

Many of Lionel Groulx’s followers had antisemitic tendencies supported by a considerable portion of the intellectual French Canadian class of the time. The latter considered that Jewish people were a threat to the survival of French Canadians. This antisemitism spread across organizations like Jeune-Canada and publications such as Le Devoir and Action nationale. In Action nationale, Lionel Groulx himself (under the pseudonym Jacques Brassier) published some hostile content intended for the Jewish community. Namely, he accused them of being a threat to the economy and of spreading communist ideals. He also supported the “Achat chez nous” movement, which eventually supported the boycott of Jewish businesses in favour of French Canadian ones.

In the 1950s, during the Quiet Revolution, Lionel Groulx criticized the new generation for wanting to let go of its Catholic heritage. In his opinion, French Canadian nationalism and Catholicism should walk hand in hand.

As Quebec became increasingly secular, Lionel Groulx published Histoire du Canada français, the major piece in which he underlined the importance of the province’s religious heritage. This content was published in four volumes between 1950 and 1952 and in the history review, the Revue d’histoire de l’Amérique française, which Groulx created in 1947 and managed until his death. However, he communicated with the younger generation his revulsion for Maurice Duplessis and his enthusiasm for the Quiet Revolution.

He maintained his nationalist fervour for the rest of his life. Two weeks before his death, he was still discussing history in Expo 67, at the youth pavilion. Constances de vie, the last of his 30 publications, was launched on the day he died.

Lionel Groulx, an important intellectual player for the Quebec nationalist movement and for its desire for socio political affirmation, is memorialized in different places, including a metro station in Montreal (see Montreal metro).

This controversial figure is also criticized for his positions on eugenism, race, fascist regimes and Jewish communities (see Delisle-Richler Controversy); the discussion on his antisemitism is still alive in the 21st century. In 2020, a petition was filed to rename the Lionel-Groulx station after Oscar Peterson. This triggered a collective debate about Groulx’s historical legacy and the question of cultural representation of Black Canadians.