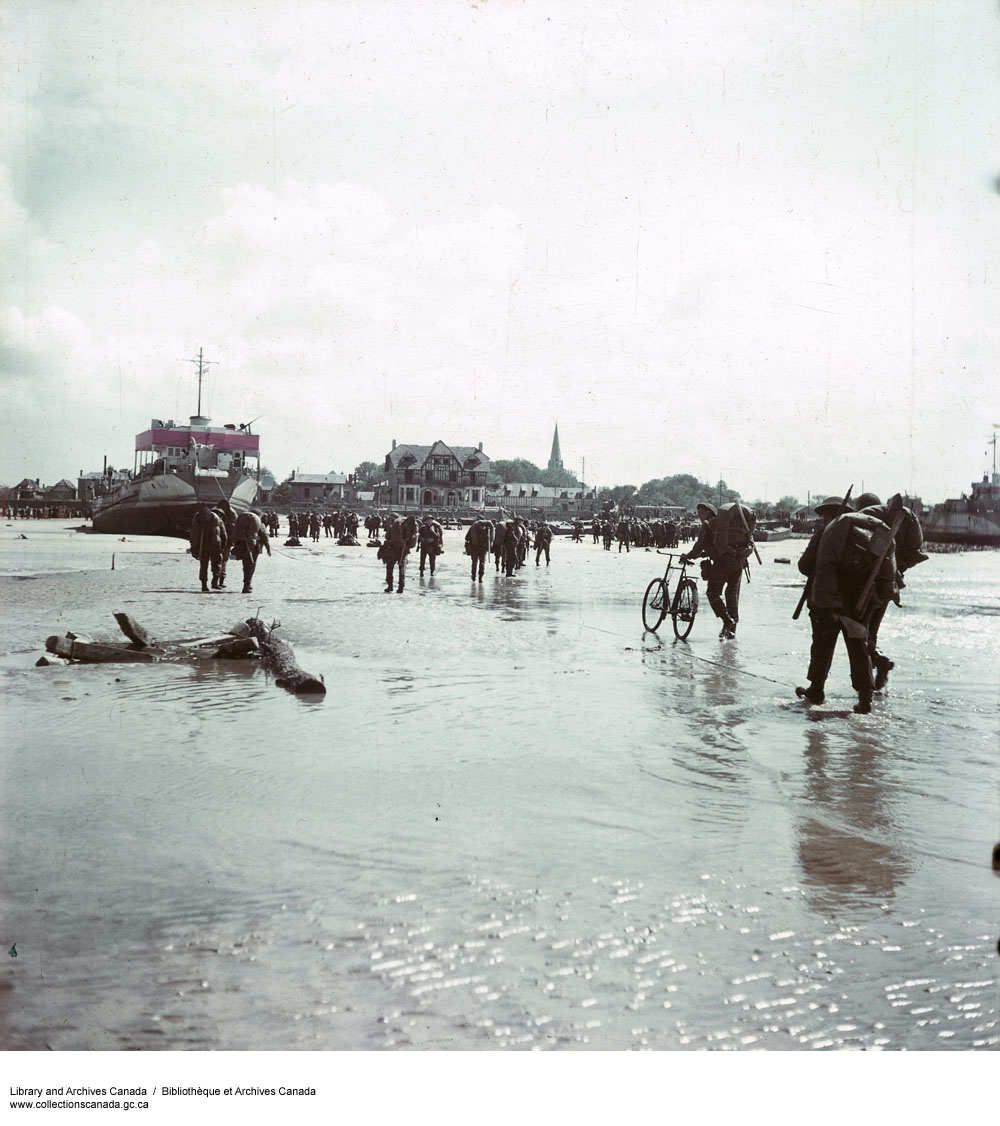 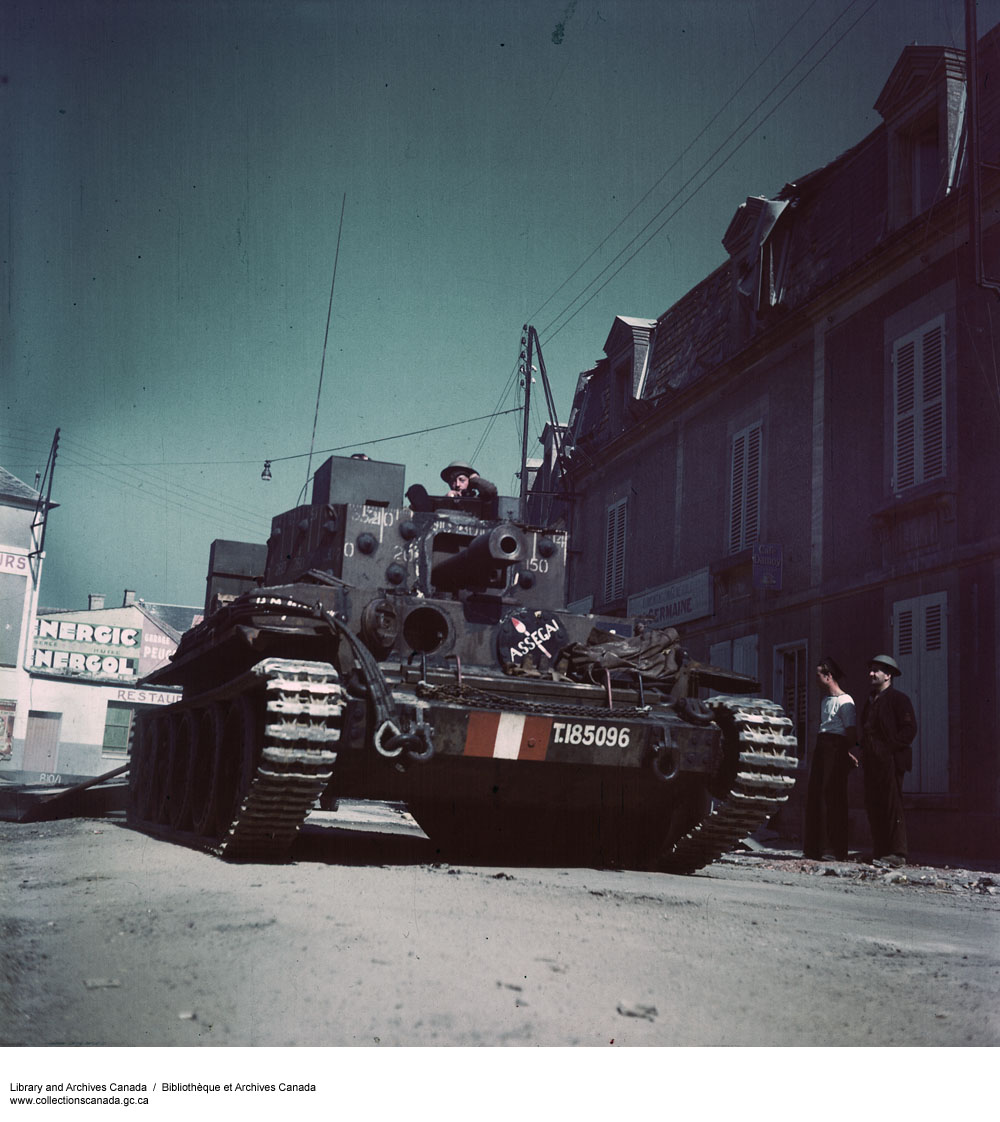 Juno was the randomly chosen code name for a 10 km stretch of coastline that included the villages of Saint-Aubin-sur-Mer and Bernières-sur-Mer and the small port town of Courseulles-sur-Mer. Hitler’s “Atlantic Wall” was much less impressive in Normandy than on the English Channel coast but the beach defences included a series of fortified resistance nests and an elaborate strong point at Courseulles where the Juno Beach Centre is located now.

Hitler and his generals neglected Normandy partly because of an elaborate British deception scheme that leaked information designed to reinforce their own ideas about the location of the attack. Hitler and his intelligence agencies thought that “Garbo,” a British-controlled agent, was a reliable source of information on Allied intentions and continued to believe his reports about a second invasion front long after D-Day. The Allies were able to track the success of their deception thanks to Ultra, the top-secret information obtained from decrypting the enemy’s coded radio transmissions. Ultra provided regular updates on enemy strengths and locations, confirming hopes that the Normandy landings had a good chance of success if the enemy were taken by surprise.

If Operation Neptune, the assault phase of Operation Overlord (the code name for the Normandy invasion), were to succeed the beach defences could not be subjected to air and naval bombardment until shortly before H-Hour on D-Day. The terms D-Day and H-Hour were used for all military operations. Since the actual date might change, D signified the day the attack began and H the hour, allowing planners to refer to the day before as D-1 (D minus 1). Likewise, the hour before was referred to as H-1, thus outlining the tasks to be conducted before and during the battle.

D-Day for Normandy was originally 5 June, but it was postponed for 24 hours due to weather. General Eisenhower gambled on a more favourable weather forecast for the next morning and the battle to liberate Western Europe began on 6 June. While the improved weather allowed the landing ships to reach the right beaches at more or less the right time, overcast skies limited air support and at Juno, as well as Omaha, no serious damage was done to the beach defences.

Sergeant Charlie Martin’s description of the Queen’s Own Rifles (QOR) assault on Nan White Beach, the code name for the section of beach near Bernières-sur-Mer, where he found no sign of bombardment, paints a hauntingly accurate picture of the landings:

“As we moved farther from the mother ship and closer to the shore it came as a shock to realize that the assault fleet behind us had disappeared from view. Suddenly there was just us and an awful lot of ocean... Ten boats stretched out over fifteen hundred yards is not really a whole lot of assault force. The boats began to look even tinier as the gaps widened with more than the length of a football field between them.”

When the order “down ramp” came at Nan White Beach, there was nothing to do but race for the sea wall, enduring the heavy machine gun and mortar fire. There was no sign of the Duplex Drive tanks, which had not been launched because of sea conditions. The armour was only able to offer fire support during the final stages of the struggle to subdue the Bernières’s resistance nest. By 0845 both reserve companies were moving toward the forward edge of the town and the reserve battalion, Le Régiment de la Chaudière, had landed. The QORs had cracked through the Atlantic Wall in less than one hour. The cost of 61 killed and 76 wounded was the highest price paid by any Canadian battalion of D-Day. 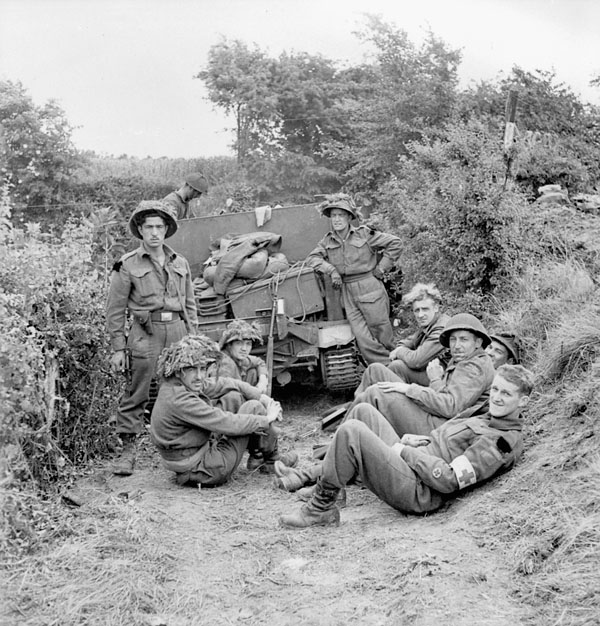 The North Shore (New Brunswick) Regiment was able to land both assault companies with fewer casualties than the QOR’s, but the resistance nest, with its 50 mm anti-tank gun, mortars and machine guns, was still completely intact and delivering continuous and accurate fire. The company assigned to clear the position found that all approaches were covered by machine guns and by snipers who could move underground as well as from house to house. Without armour, this was a tough proposition, but a battalion 6-pounder antitank gun was brought forward and one pillbox was put out of action by two direct hits. The 2-inch mortars were also used effectively before the first armour — an AVRE mounting a Petard, and the Fort Garry tanks — arrived to complete the work (see Armaments).

The 7th Canadian Infantry Brigade and the tanks of the First Hussars were to land on the beaches at Courseulles-sur-Mer to capture a strong point that contained one 88 mm gun, one 75 mm gun and two 50s. Two additional 75s were positioned on the town’s flanks to cover the approaches. Twelve machine gun pillboxes, fortified mortar emplacements, and large protective shelters added to the defences, making Courseulles one of the most heavily fortified positions attacked on D-Day.

The Royal Winnipeg Rifles, landing on the west side of the River Seulles, found the enemy defences untouched by the bombardment. Their War Diary entry reads:

“0749 hrs. In spite of air bombardment failing to neutralize, RN bombardment spotty, the rockets falling short and the AVREs and DDs being late C Company Canadian Scottish Regiment and RWR companies landed all within seven minutes. The bombardment having failed to kill a single German soldier or silence one weapon these companies had to storm their positions cold and did so without hesitation... Not one man flinched from his task.”

The Daynard family contributed to the war effort in both World Wars. This collage contains photo of Mr. Kenneth Daynard and his father, uncle, and cousins, all of whom served in the Canadian Armed Forces. (courtesy The Memory Project)
PreviousNext

KENNETH DAYNARD and FRANCIS GODON, Royal Winnipeg Rifles
Kenneth Daynard and Francis William Godon were both 19 years old when they took part in the D-Day landings. In an interview with The Memory Project, Daynard recalled, “I landed on D-Day. I was with the Reserve Company. My initiation was being strafed by two Me-109s – Messerschmitts. Welcome to Normandy.” In another interview, Godon described the horrors of that day. “Crawl and run and crawl and run. And one thing you couldn’t do was stop on Juno Beach. If your buddies got hurt during that and the yelling and crying, you couldn’t stop, you had to keep going. If you stopped, well you were a dead duck too.” Listen to the full interviews with Ken Daynard and Francis Godon at The Memory Project archive.

East of the river, the Regina Rifles’ experience paralleled that of their sister regiment from Winnipeg. No damage had been done to any of the defences, and there was no apparent neutralization as the Reginas came under fire before touchdown. The men of the German 716 Infantry Division were stunned by the noise and volume of fire but were in position when the Regina company came ashore directly in front of the strong point. The Regina’s were immediately pinned down by heavy fire. The First Hussars launched 19 DD tanks at 2,000 yards and 14 made it to the beach without sinking but they landed well to the east of the strong point. Lieutenant Bill Grayson saved the situation by taking out a machine gun post and then capturing the 88 mm gun position. This incredible feat, which won Grayson the Military Cross, allowed the rest of his company to clear the strong point, which took most of the morning.

No one who examines the events of the first hours of D-Day can fail to be impressed by the accomplishments of the assault battalions. Most of the elaborate fire-support plan failed, leaving the infantry, combat engineers, and armoured troopers to overcome the enemy by direct fire. It took incredible courage just to keep going; words cannot do justice to the individuals who rose to the challenge and led assaults on deadly enemy positions.