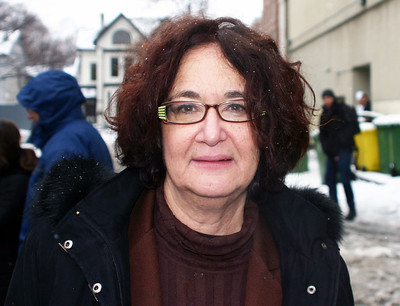 Judy Rebick, following a sit-in at the Israeli Consulate in Toronto, in January 2009.

Judy Rebick’s family moved from the United States to Canada when she was nine years old. A supporter of left-wing political activism, she wrote for the McGill Daily newspaper while completing her undergraduate degree in psychology at McGill University. In 1968, she moved to New York City and became involved in hippie culture and counterculture activism. She was surprised and angered by the sexism exhibited by male counterculture leaders. Rebick also undertook a solo backpacking adventure through the Middle East and South Asia, where she saw even more blatant expressions of racial and gender discrimination.

Upon her return to Canada, Rebick worked with the Revolutionary Marxist Group and, later, with the Revolutionary Workers League. These Trotskyist groups were part of the New Left movement. Its members argued about tactics but were united in their focus on nuclear disarmament, community organizing, the rights of the working class, and gender equality.

Rebick’s activism led to her involvement with the Waffle, the radical left-wing caucus within the New Democratic Party (NDP). Founded in 1969, the Waffle argued that the NDP was wrong to abandon its socialist beliefs in an attempt to attract more mainstream voters. Rebick joined Waffle leaders Mel Watkins and James Laxer in arguing that to protect Canadians from the powerful elite that ruled Canada and from American influences that threatened its survival, the party should proudly advocate radical socialist ideas. (The Waffle caucus was purged from the NDP in 1972. It became a separate political organization but disbanded in 1974.)

In 1986, Rebick ran for but failed to win the presidency of both the federal NDP and the Ontario NDP. In the 1987 Ontario provincial election, she advocated Waffle ideas as the NDP candidate in the Toronto riding of Oriole but placed third. 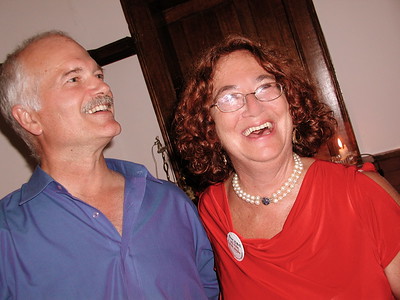 The right of women to control their bodies through access to birth control and abortion was an important aspect of the Canadian women’s movement in the 1980s. Rebick earned public recognition for her work as a pro-choice spokesperson for the Ontario Coalition for Abortion Clinics. In 1983, she and abortion advocate Dr. Henry Morgentaler were walking toward a new clinic that he was about to open in Montreal when an anti-abortion zealot sprung at Morgentaler with a pair of garden shears. Rebick quickly intervened, saving Morgentaler from harm.

From the late 1970s to the early 1990s, Rebick was also the Canadian Hearing Society’s Special Projects Director. (See also: Hearing Loss; Deaf Culture.) She later explained, “I made things happen. All my work is making changes. That’s what I do.”

National Action Committee on the Status of Women

The report of the Royal Commission on the Status of Women in Canada, published in December 1970, advocated a number of policy changes. These included greater access to birth control, daycare, maternity leave and education. The government’s failure to immediately implement the recommendations led to the formation of the National Action Committee on the Status of Women (NAC) in January 1971. The NAC quickly became Canada’s largest feminist lobby group. It earned support from more than 700 organizations, including unions, churches and grassroots community groups. From 1990 to 1993, Rebick was the NAC’s president. Under her leadership, the NAC successfully pressured the federal government to improve the lives of women through legislation regarding pay equity and greater access to abortion and rape crisis centres.

The national exposure earned by her NAC presidency led Rebick to become a commentator on television and radio. She was a co-host of the CBC TV news and debate program Face Off and host of the women’s issues program Straight from the Hip. In 2001, Rebick co-founded rabble.ca, an influential news website that encourages debate on a range of progressive social issues. She was also the founding publisher of rabble.ca from 2001 to 2005.

Meanwhile, Rebick contributed articles to a number of newspapers and magazines. She also became a sought-after public speaker. She wrote four books and co-wrote another. Rebick’s frustration with political parties as agents of change was pithily expressed in her book Imagine Democracy (2000). She argued, “Political parties are starting to look more like each other. Instead of being given real policy options, we are asked to choose from between savage right-wing politics… with a smile and look of concern… and pallid centre-right politics with a shrug.” In her book Occupy This! (2009), Rebick contended that older left-wing parties were no longer bringing about positive change. She applauded “a bottom-up, diverse, compassionate, collective approach to social change in which issues and communities were coming together and producing something new and powerful.”

Judy Rebick was the first Sam Gindin Chair in Social Justice and Democracy at Ryerson University. She held the position from 2002 to 2010. Among her initiatives was a three-day-long sit-in at the Ontario legislature in May 2008. It brought attention to Indigenous efforts to protect their land from unfair and illegal corporate resource extraction. Rebick helped create Ryerson’s Anti-Racism Taskforce and the Toronto Social Forum to fight for social justice in the city. She also organized an international conference that brought political activists together from around the world.

In 2018, Rebick released the memoir Heroes in my Head. She wrote that throughout the 1980s, she had suffered from depression and dissociative identity disorder. As a result, she would hear 11 distinct voices speaking to her from inside her head. (See Mental Health.) Therapy later revealed that the illness was caused by the suppressed memory of having been sexually abused by her father when she was five years old. She explained, “I thought [the book] would help other women to know that someone like me, who most people see as strong and competent, has suffered from male violence and mostly recovered. I also believe our notions of mental health are still quite problematic. We stigmatize, criminalize and marginalize people with mental health problems.”