Joseph Francis Dion, Métis leader, political organizer, and teacher (born 2 July 1888 near Onion Lake, SK; died 21 December 1960 in Bonnyville, AB). Dion was central to the shaping of modern Indigenous political organizations on the Prairies. He became a farmer (1903) and teacher on the Kehewin reserve (1916-40). In the 1930s he worked with Jim Brady and  Malcolm Norris  to found what is now the Métis Nation of Alberta (1932; president, 1932-58) and the Indian Association of Alberta (1939). Serving in the executives of First Nations, Métis and Roman Catholic Church organizations, he travelled, lectured, recorded living traditions (published as  My Tribe the Crees, 1979) and managed a Métis dance troupe. A relatively conservative reformer, Dion promoted the idea of Indigenous self-help through local agricultural development and the preservation of traditional culture.

Joseph Francis Dion, Métis leader, political organizer, and teacher (born 2 July 1888 near Onion Lake, SK; died 21 December 1960 in Bonnyville, AB). Dion was central to the shaping of modern Indigenous political organizations on the Prairies. He became a farmer (1903) and teacher on the Kehewin reserve (1916-40). In the 1930s he worked with Jim Brady and  Malcolm Norris  to found what is now the Métis Nation of Alberta (1932; president, 1932-58) and the Indian Association of Alberta (1939). Serving in the executives of First Nations, Métis and Roman Catholic Church organizations, he travelled, lectured, recorded living traditions (published as  My Tribe the Crees, 1979) and managed a Métis dance troupe. A relatively conservative reformer, Dion promoted the idea of Indigenous self-help through local agricultural development and the preservation of traditional culture. 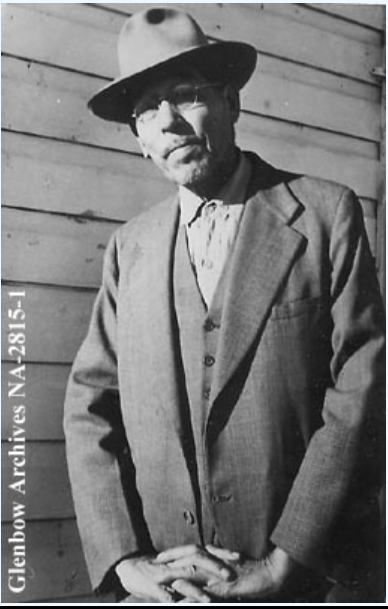 Joseph Francis Dion was born to a status Indian family (see Indian Act) of the Kehewin Cree Nation near Bonnyville, AB, by the Alberta-Saskatchewan border. Joseph’s Métis father, Augustin (Gustave) Dion, was a descendant of Mistahimaskwa (Big Bear), a Plains Cree chief of the Kehewin reserve, best known for refusing to sign Treaty 6 and for his involvement in the 1885 North-West Rebellion. Joseph’s mother, Mary or Marie Mountain, part Cree and part Salteaux (Ojibwe), was an experienced midwife who delivered babies and helped the local doctor in Elk Point deliver them.

At first, he attended a day school on his reserve in Onion Lake, but not long after, it burned down. He then boarded at the Catholic-run St. Anthony’s Indian Residential School (See Residential Schools in Canada), where the school policy was to assign each student a number. Joseph Dion wrote, “They gave me No. 7 as my brand, so I was one of the very first.”

While he was at school, four of his siblings died of diphtheria (See Health of Indigenous Peoples in Canada) while a good friend and some schoolmates succumbed to tuberculosis. Dion graduated from grade eight at 15 and completed the rest of his education by correspondence, which later qualified him to pursue teaching.

After an epidemic at Onion Lake, Dion’s father moved the family to the Kehewin area in 1903. That year, Joseph Dion became a farmer.

In 1912, Joseph married Elizabeth Cunningham of St. Albert, Alberta. Around that time, he voluntarily chose to accept the franchise (the right to vote), giving up his treaty Indian status “in order to gain the rights of ordinary Canadian citizens” (see Enfranchisement and Indian Act). His brother Billy later became chief of the Kehewin reserve.

Joseph Dion returned to open the first school on the Kehewin reserve in 1915. According to Dion’s book, My Tribe the Crees (1979), he began teaching in March 1916 but quit after three years, frustrated by the lack of teaching supplies provided by the federal government. Later, he returned and taught there for 24 years.

DID YOU KNOW?
After Joseph Dion began to research traditional dances, he organized a group of Métis dancers and fiddlers that toured Alberta and eastern Canada in the early 1930s. He arranged this not only to promote Métis culture but to dispel negative stereotypes about Indigenous people and forge good relations with those of non-Indigenous culture.

In the 1920s, Joseph Dion began to get involved with treaty and non-status Indigenous organizations. As with fellow Métis leaders and activists Jim Brady and Malcolm Norris, Dion’s political work was fuelled by the destitute lives of non-status Indians and Métis, who had no stable land base in Alberta. Their need for quality health and education (See Health of Indigenous Peoples in Canada) remained a key concern for him.

As he visited many Métis communities across the province, providing encouragement and aid, he never received any payment. Residents raised funds themselves to cover his travel costs. During his political activities, Dion and his wife supported their family on a tiny farm that overlooked Long Lake, AB. His frequent absences left Elizabeth to raise their children and tend their livestock on her own.

In the 1930s, Joseph Dion often met with organizer Peter Tomkins Jr., a Métis negotiator and diplomat, to discuss the conditions of the Métis people of Alberta. He and Tomkins helped co-found and organize, in 1932, l’Association des Métis d’Alberta et des Territoires du Nord-Ouest (now the Métis Nation of Alberta). Dion wrote that its goals were “the reinstatement of the Métis race, to properly educate the Métis children, and take care of the sick.” Throughout the summer of 1932, he arranged many community meetings in St. Albert to help organize the province’s Métis.

At an Alberta-wide meeting in July 1932, Joseph Dion was elected association president. He remained in this position until 1940 while living in Gurneyville on the Kehewin reserve and still teaching at its school. That year, a provisional executive council was installed with Malcolm Norris elected as chairman (some records state that Dion stayed president until 1958).

Dion and other Métis leaders intensely lobbied Alberta’s government to study the poverty, health problems and lack of education of Métis and non-status Indigenous people. They received support from provincial and federal politicians, church officials and medical doctors. Their efforts resulted in the creation of the Ewing Commission, a royal commission appointed in 1934 by the government of Alberta to hear testimony and make recommendations regarding these issues.

Ongoing lobbying during the Commission hearings prompted the provincial government to pass the Metis Population Betterment Act in 1938, which gave Alberta’s Métis tracts of land and social welfare programs. This resulted in the formation of 12 Métis “colonies” or settlements by orders-in-council between 1938 and 1941.

As these settlements were formed, Joseph Dion worked for the Alberta Bureau of Relief and Public Welfare. Appointed a provincial commissioner of oaths in February 1939, he was hired, along with Peter Tomkins, to select the locations of the settlements, determine their boundaries and help draft the regulations to govern them. That same year, he served as supervisor of the Elizabeth settlement and others in the Fishing Lake area. The Elizabeth settlement, founded in 1939, is named after Dion’s wife.

At the same time, Joseph Dion was part of the movement that formed the Indian Association of Alberta (IAA), an Indigenous organization founded in 1939 by John Callihoo and John Laurie. Dion served as vice-president and remained active in the IAA, as he was with its precursor, the League of Indians of Western Canada. Both groups lobbied for changes to the Indian Act and for improved social and living conditions for Indigenous people.

Interested in his people’s history and oral traditions, Joseph Dion noted that non-Indigenous historians, when writing about First Nations people, “have been carried away with themselves and mixed fiction with the truth.” To combat that, he wrote a weekly column from 1958 to 1960 in the Bonnyville Tribune that outlined Cree history and traditions. Almost two decades later, these columns were organized into book form as My Tribe, the Crees, published by Calgary’s Glenbow-Alberta Institute in two editions (1979 and 1994).

Throughout his life, Joseph Dion stayed active in the Roman Catholic Church. On many occasions, he joined the annual pilgrimage to Mount St. Joseph near his home in Gurneyville. During the 1957 pilgrimage, the Bishop of St. Paul awarded him a medal (See Awards and Honours, below).

Joseph Dion died on 21 December 1960 in Bonnyville, AB. He is buried in Our Lady of Mercy Cemetery in Gurneyville.