The Johnson-Butler Purchase of 1787–88 (also known as the “Gunshot Treaty,” referring to the distance a person could hear a gunshot from the lake’s edge) is one of the earliest land agreements between representatives of the Crown and the Indigenous peoples of Upper Canada (later Ontario). It resulted in a large tract of territory along the central north shore of Lake Ontario being opened for settlement. These lands became part of the Williams Treaties of 1923. (See also Upper Canada Land Surrenders and Treaties with Indigenous Peoples in Canada.)

The Johnson-Butler Purchase of 1787–88 (also known as the “Gunshot Treaty,” referring to the distance a person could hear a gunshot from the lake’s edge) is one of the earliest land agreements between representatives of the Crown and the Indigenous peoples of Upper Canada (later Ontario). It resulted in a large tract of territory along the central north shore of Lake Ontario being opened for settlement. These lands became part of the Williams Treaties of 1923. (See also Upper Canada Land Surrenders and Treaties with Indigenous Peoples in Canada.)

The first British settlements in Upper Canada were in the Niagara region and along the upper St. Lawrence River. The land at Niagara had been negotiated by treaties in 1764 and 1781, while that along the upper St. Lawrence was surrendered by the Crawford Purchase of 1783. These two areas were separated by Indigenous territory, except for the land around York (present-day Toronto), which had been acquired from the Mississaugas in 1787. The original Toronto Purchase was revisited in 1805 (Treaty 13) and finally settled in 2010.

When Governor Lord Dorchester replaced Sir Frederick Haldimand in 1786, he knew Upper Canada would soon be a separate province from Quebec. Dorchester was responsible for choosing a new capital and, though he preferred Kingston, selected York. He then wanted to join the lands of the Crawford Purchase with those at York, which would permit an unbroken strip of territory for settlement between Brockville and York.

Additionally, the British wanted a protected water route connecting Lake Ontario with Lake Huron, away from potential American interference. Among the possible routes were two that started on the north shore of Lake Ontario. One followed the Trent River from the Bay of Quinte to Rice Lake, then to Lake Simcoe and down the Severn River to Georgian Bay. The other started at York and followed the Humber and Holland Rivers to Lake Simcoe, where it followed the same route to Georgian Bay.

Superintendent of Indian Affairs Sir John Johnson and his subordinate, Colonel John Butler, negotiated land surrenders with Indigenous representatives for additional territory in 1787–88. Johnson met with Mississauga chiefs at the head of the Bay of Quinte, near present-day Trenton, in September 1787. Some 626 persons attended, with another 391 at York. Together, these two groups received £2,000 in ammunition, muskets and tobacco from Johnson. Although this payment was later interpreted to be for the land, it was in fact a reward for loyalty to Britain and for the Indigenous peoples’ services during the American Revolutionary War.

Payment in goods for the land was provided during a visit of Dorchester, Johnson and Butler to York in 1788. Dorchester and Johnson remained only long enough for an initial distribution to the Mississaugas who attended, while Butler remained and gave goods to the late arrivals. He conducted additional meetings with the Mississaugas to confirm the purchase and ascertain its depth.

The Johnson-Butler Purchase included the land along the north shore of Lake Ontario between the Bay of Quinte and the Etobicoke River, as far inland as Rice Lake. These land surrenders were poorly documented and required another 135 years to resolve, with the signing of the Williams Treaties. A blank deed was drawn up in 1787 to cover them, but important details, such as the Indigenous nations involved, terms of payment and boundaries of the territory in question were never inserted.

When Upper Canada became a separate province in 1791, its first lieutenant-governor was John Graves Simcoe. He expressed his concerns about the carelessness of these arrangements to Governor Dorchester. In January 1794, Dorchester ruled that although boundaries had not been properly documented, the transfer was valid and it was “best not to press that matter or shew any anxiety about it” to the Mississaugas. This left the new inhabitants feeling insecure about their property; a situation Simcoe wanted to resolve.

Simcoe met with the Chippewas of Lake Simcoe in a council at York in 1795, to discuss the purchase of a small tract of land at Penetanguishene harbour, where he wanted to build a fort. (See also Penetanguishene Treaty.) He took the opportunity to discuss the other land acquisitions. He reported to Dorchester the Chippewas would consider the goods received for Penetanguishene as sufficient payment for “what has supposed to have been purchased on former occasions.” Unfortunately, when the papers were drawn up for Penetanguishene Purchase, they did not mention this understanding; perhaps because the agreement was not settled until 1798, after both Simcoe and Dorchester had left.

Simcoe’s successor, Executive Council President Peter Russell, attempted to clarify with Johnson any uncertainties regarding the land acquired by the 1787–88 purchases. In response, Johnson suggested the Indigenous people involved should simply be asked to sign a new agreement. This did not appeal to Russell, who proposed buying land adjacent to the areas in question. Governor Robert Prescott rejected this idea as it might appear deceitful.

Russell was disappointed, but discussed it again with the Chippewas when they came to York in May 1798 to complete the Penetanguishene Purchase. Under the cover of not wanting to give offense by involuntary trespass on Indigenous lands, he suggested confirming the west branch of the Holland River as the western boundary of the Johnson-Butler Purchase. Chief Yellowhead spoke for the Chippewas. He noted if the white people had forgotten their transaction, the Chippewas had not. He went on to state “the Lands you have just now shewn to us belongs to you; We have nothing to do with it; We have sold it…and was well paid for it. Therefore make your mind at easy.”

Russell advised Prescott by letter the next day. As the Chippewas were satisfied they had surrendered all the land covered by the Johnson-Butler Purchase, there was no need to pursue the matter.

Ultimately, the issue had not been resolved. Two more major land concessions — the Toronto Purchase in 1805 and the Williams Treaties in 1923 — were made to settle the issue of unceded land. Still, there had been disputes about outstanding compensation. In 2018, the Williams Treaties First Nations and the Governments of Ontario and Canada came to a final agreement, settling litigation about land surrenders and related harvesting rights.

In 1929, the Johnson-Butler Purchase was commemorated by a Historic Sites and Monuments Board of Canada plaque at Carrying Place at the west end of the Bay of Quinte, where the purchase was first negotiated. It is at the intersection of Highways 33 and 64. 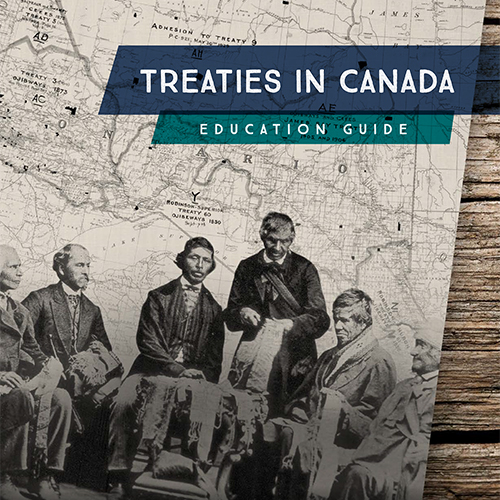