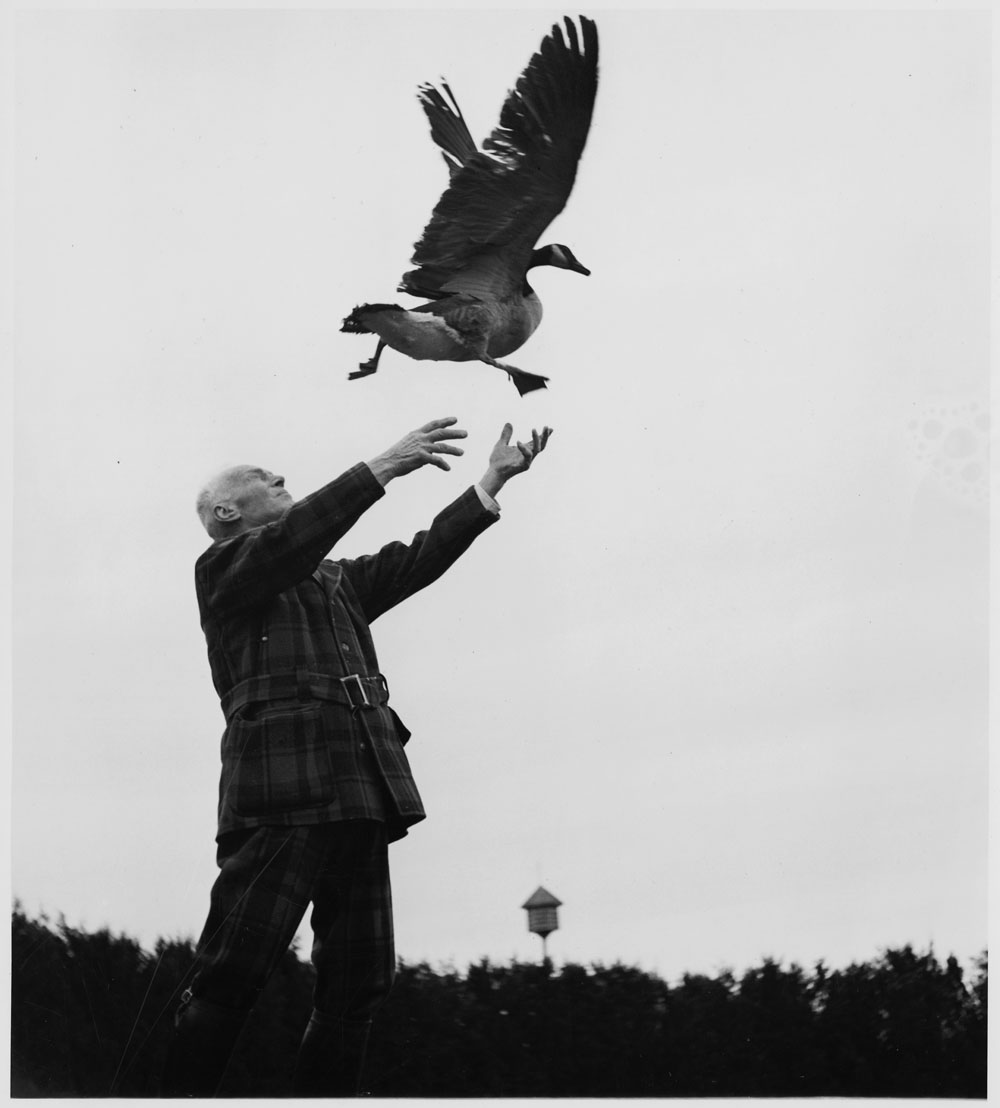 Jack Miner was born in Dover Center, Ohio, to John and Ann Miner, who were originally from Leicestershire, England. He was the fifth of 10 children. Jack attended school for a total of three months, preferring instead to be outdoors, studying nature or working in his father’s brickyard. He was a shy child, self-conscious of his long red hair and freckled face. In 1877, Jack’s family moved to Kingsville, Ontario, to be closer to his mother’s family.

Around 1880, Jack Miner took up hunting in order to supplement his family’s income from their brick and tile business. As their income became more stable, Jack transitioned from market hunting to sports hunting — shooting animals for recreation as opposed to necessity. He skillfully shot moose, deer, geese and other animals, quickly becoming a sought-after guide for Kingsville-area sportsmen. He was known to some as the “greatest hunter in Canada.” In 1902, the Canadian Pacific Railway requested he take hunting parties north each fall. As many as 180 hunters from Kent and Essex counties participated in the annual trip. 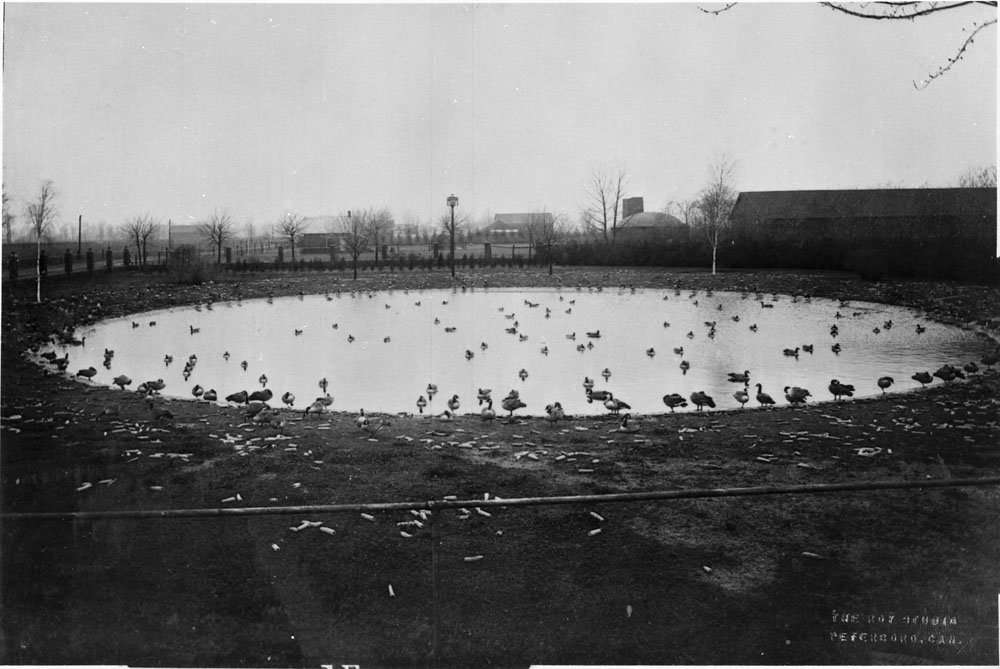 The bird sanctuary at Jack Miner’s home in Kingsville, Ontario.

Jack Miner’s shift from hunting to wildlife conservation was rooted in his Bible study. In particular, he was influenced by the Book of Genesis, chapter 1, verse 26, which reads, “Let us make man in our image, after our likeness. And let them have dominion over the fish of the sea, and over the fowl of the air…and over every creeping thing that creepeth upon the earth.” Through his observations as a hunter, Jack Miner understood that humans were responsible for declining wildlife populations and believed that humans had a responsibility to fix the problem.

In 1902, Jack Miner founded the Essex County Game Protective Association in an effort to influence the practices of local hunters. During annual meetings members discussed such policies as not shooting pregnant animals and limiting the number of wildfowl shot per day per hunter to five.

Jack Miner’s conservation efforts continued when, in 1904, he founded the Jack Miner Bird Sanctuary, one of the first bird sanctuaries in North America. Centred around a pond in Miner’s backyard, the sanctuary was meant as a place migratory Canada geese and ducks could return to each spring. Initially, the birds didn’t return to the pond as Miner had hoped. Then, in the spring of 1909, Miner noticed a group of black mallards he was sure he recognized from the previous fall. In August, he caught a duck he had named Katie, wrote his address on a band of aluminum, and wrapped the band around one of Katie’s legs. Then he waited.

In January 1910, Jack Miner received a letter from a man in South Carolina. The man had shot Katie and mailed the band back to Jack. This record of Katie’s travels made Jack one of the earliest to tag birds for scientific investigation. The tags provided him with important information about where the birds travelled to each winter.

Jack Miner continued the practice in the fall of 1913, tagging ducks he had named Polly, Delilah, Susan and Helen. On each band he wrote, “Write Box 48, Kingsville, Ontario!” While he received a note from Chatham, Ontario, that Helen had been shot, Polly, Delilah and Susan all returned to Jack’s pond, again providing Jack with important information about ducks’ migratory habits.

In 1914, in addition to his address, Jack Miner began including bits of scripture on his bird bands. Bible quotes such as, “I walk among you,” “Rejoice in the Lord,” and “Be not afraid only believe,” began to make their way across North America on the legs of geese and ducks. This unusual approach to missionary work added to Miner’s growing fame.

At a church meeting in 1886, Jack Miner met his future wife, Laona Wigle. They were married two years later, on Christmas Eve. The couple had five children: Carl, Mary Pearl, Manly, William Edward and Jasper Wilson. At the age of three, Mary Pearl contracted a fever and died within hours. In 1898, Ted Miner, the sibling with whom Jack had the closest relationship, was accidently shot during a hunting expedition by Manly Squire, their brother-in-law and namesake of Jack’s second youngest son. William Edward, who they called Ted, was born after the accident, and named for his uncle. In 1904, Carl died of appendicitis. 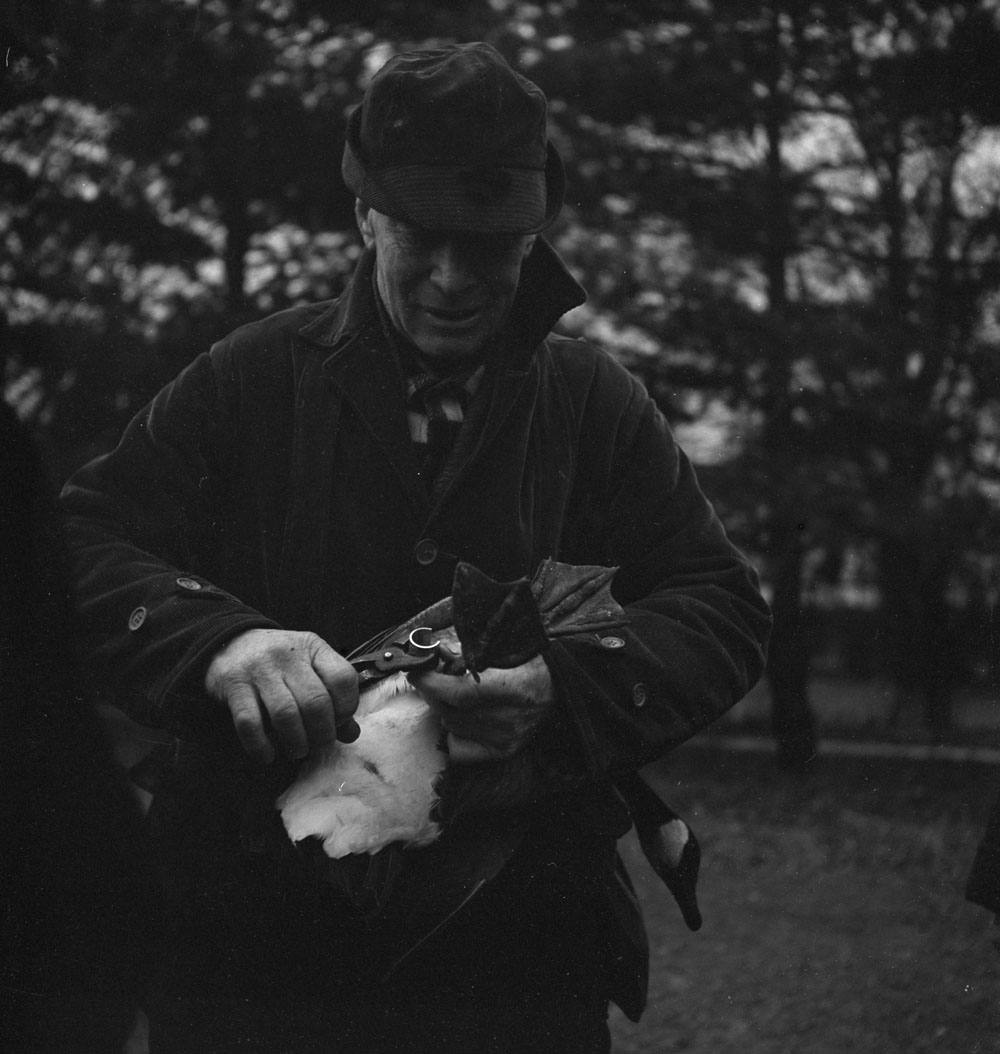 Jack Miner’s many lectures on his bird sanctuary throughout North America and Europe inspired similar efforts elsewhere and instilled a conservation ethic in many people. In 1915, America’s Migratory Bird Act, originally created in 1913, came up for review. Advocates suggested it might better serve its purpose if it were an agreement between Canada and the US. Manly Miner compiled records of his father’s bird bands from 1905 to 1915 and sent them to US officials and Prime Minister Robert Borden. This evidence of migratory bird habits influenced Canada’s decision to ratify the agreement in 1917. That same year, the Ontario government named Jack’s property a Crown game reserve.

Jack Miner earned the Outdoor Life Gold Medal in 1929, and the Order of the British Empire in 1943. His attitude towards predators as “evil vermin” has been much criticized but was typical before the ecological importance of predation was understood. His 1927 warnings against pollution of the Great Lakes were prophetic. National Wildlife Week (proclaimed in his honour), his sanctuary and two autobiographical books, Jack Miner and the Birds (1923) and Jack Miner on Current Topics (1929), continue as his legacy.