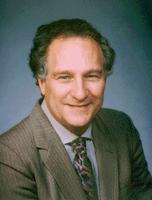 John Robert Colombo, editor, anthologist, poet (b at Kitchener, Ont 24 Mar 1936). Colombo's career can be broken into 2 phases. The first involves him exclusively as a literary figure, particularly as an exponent and practitioner of "found poetry," with a vaguely European manner and a flair for causing literary activity to happen around him. This aspect became evident when he was at university in the 1950s and continued without challenge for 20 years, when it was joined by Colombo the bibliophile and creator of reference books.