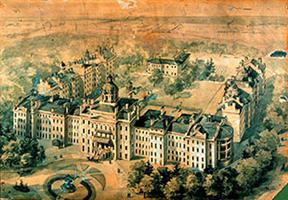 On 26 January 1850, the Provincial Lunatic Asylum, as it was then known, first opened its doors on Queen Street West in Toronto (public domain). 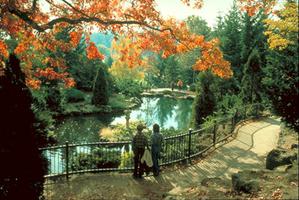 The park was bequeathed to the city by architect John Howard (Corel Professional Photos). 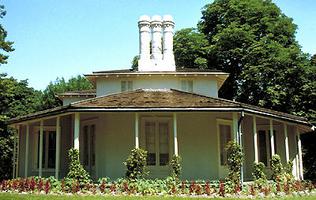 Colborne Lodge, Toronto, 1836, is a surviving example of the Picturesque, with its veranda, chimneys and lovely setting (photo by James Marsh).
PreviousNext

John George Howard, né John Corby, architect, surveyor, artist (b at Bengeo, Eng 27 July 1803; d at Toronto 3 Feb 1890). Emigrating from England in 1832, Howard enjoyed a successful career, primarily in Toronto, as an architect, surveyor and artist. He produced fine watercolours (many of which survive), was instrumental in organizing the Toronto Society of Artists in 1834, and was drawing master at Upper Canada College from 1833 to 1856. He received many contracts for street improvements following the incorporation of the city of TORONTO in 1834 and was city surveyor 1843-55.

One of the busiest architects in the city, he was responsible for many private and public buildings. His most important commission was the Provincial Lunatic Asylum (1845-49, demolished 1976), but he is best remembered for bequeathing his estate, High Park, and his home, Colborne Lodge, to the city.