Jean Ashworth Bartle founded the Toronto Children's Chorus (TCC) in 1978 in order to provide a children's choir for the Toronto Symphony Orchestra. Since then, under her direction, the TCC has received international acclaim and won many prestigious choral prizes. She has brought the music of Canadian composers to many audiences and expanded the choral repertoire by commissioning and promoting Canadian compositions.

As Teacher
She was a teacher for the Toronto Board of Education 1966-1998, including a period as director of the music program at Howard Public School in Toronto 1970-89, and of the junior choirs at Kingsway Lambton United Church. She was also a member of the Toronto Mendelssohn Choir. She is highly active as a choral clinician, adjudicator and guest conductor throughout North America, Europe, Israel, South Africa, the Far East, and the Pacific Rim. She holds an annual choral conductors' symposium that attracts choir directors from around the world.

In 1986 Ashworth Bartle was awarded the Roy Thomson Hall Award for her outstanding contribution to musical life in Toronto. In 1998 she was invested in the Order of Ontario, and also received the Order of Canada. In 2002 she received the Queen's Jubilee Medal in London, Eng, and in Nov 2003 she was awarded an honorary life membership in the Ontario Music Educators' Association. In 2004, an award named in her honour, the Jean Ashworth Bartle Music Education Award, was established at the Faculty of Music at the University of Toronto. 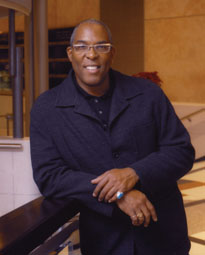