James Wolfe, British army officer (born 2 January 1727 in Westerham, Kent, England; died 13 September 1759 near Quebec City). Wolfe fought in the War of the Austrian Succession, the suppression of the Jacobite Rebellion and the Seven Years’ War. He is best known for his role in the Battle of the Plains of Abraham in 1759. Both Wolfe and his opponent, Louis-Joseph, Marquis de Montcalm, died from wounds sustained during the battle. The British victory was a turning point in the Seven Years’ War, leading to the capture of Montreal in 1760 and the acquisition of Canada by Britain in 1763.

James Wolfe, British army officer (born 2 January 1727 in Westerham, Kent, England; died 13 September 1759 near Quebec City). Wolfe fought in the War of the Austrian Succession, the suppression of the Jacobite Rebellion and the Seven Years’ War. He is best known for his role in the Battle of the Plains of Abraham in 1759. Both Wolfe and his opponent, Louis-Joseph, Marquis de Montcalm, died from wounds sustained during the battle. The British victory was a turning point in the Seven Years’ War, leading to the capture of Montreal in 1760 and the acquisition of Canada by Britain in 1763. 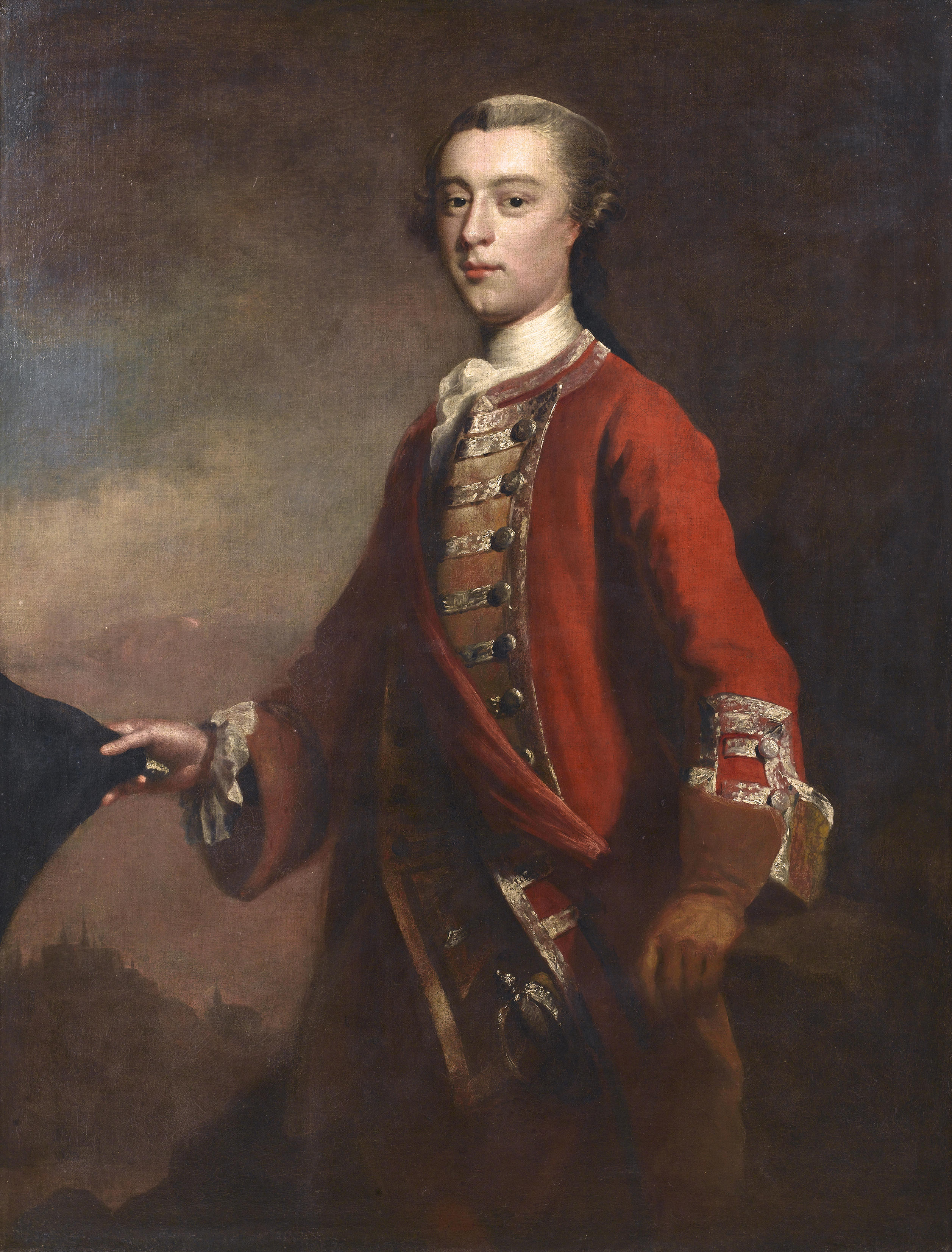 James Wolfe was born on 2 January 1727 in Westerham, Kent, England, to Henrietta Thompson and Edward Wolfe, a lieutenant-colonel in the British army. His younger brother, also named Edward, was born the following year. Wolfe’s family had a long history of military service; like his father and paternal great-grandfather, he and his brother became officers in the British army.

In 1738, the family moved to Greenwich in northwest Kent (now part of London). There, Wolfe and his brother attended a school for the sons of army and naval officers. When Britain declared war on Spain in 1739 (the War of Jenkins’ Ear), his father was promoted to colonel of a new regiment of marines. The following year, 13-year-old Wolfe joined the regiment as a “volunteer.” He was supposed to take part in an expedition against Cartagena (Colombia) but became ill and was left behind in Britain.

War of the Austrian Succession

Although he never actually served with the marines, James Wolfe received a commission in his father’s regiment in November 1741. He transferred to the 12th Regiment of Foot in March 1742. By that time, Britain was involved in the War of the Austrian Succession (1740–48). In May 1742, the 15-year-old ensign arrived in Flanders with his regiment. In 1743, he was joined by his younger brother, Edward, who also became an ensign in the 12th Foot. In June, the brothers fought their first battle at Dettingen, during which the 12th Foot suffered heavy casualties. After the battle, Wolfe was promoted to lieutenant. In June 1744, he was promoted to captain and transferred to the 4th Foot. His brother, Edward, died in October.

In 1745, James Wolfe’s regiment was recalled to Britain in response to the Jacobite Rebellion. The rebellion was an attempt by Charles Edward Stuart to regain the British throne for his exiled father, James Stuart. In July, Stuart landed in Scotland, where there was significant support for the Jacobite cause. In September 1745, the Jacobite army captured the city of Edinburgh and defeated British forces at the Battle of Prestonpans. To deal with this threat, the British army in Flanders was recalled to Britain. Wolfe fought at the Battle of Culloden in April 1746, which ended in British victory and the death of the Stuart cause. The Jacobites were slaughtered, the survivors hunted through the countryside. According to some accounts, Wolfe refused an order to shoot a wounded Highland officer, but historians haven’t been able to confirm this story.

Did you know?
After the Battle of Culloden, the British government was determined to suppress Jacobite dissent. Legislation was passed that outlawed Highland dress and removed people from their land. The Highland Clearances led to poverty and migration. Many Highlanders immigrated to Canada. (See Scottish Canadians.)

In January 1747, James Wolfe returned to Europe, where the War of the Austrian Succession was still raging. In July, he was wounded in the Battle of Lauffeldt. The battle was the largest of the war, involving more than 200,000 troops. Wolfe was in the thick of the fighting, his horse shot from beneath him. The War of the Austrian Succession ended in 1748 with the Treaty of Aix-la-Chapelle, and Wolfe returned to Britain. He was still only 21 years old.

In 1748, James Wolfe became major and commanding officer of the 20th Regiment of Foot, which was stationed in Scotland. In 1750, he was promoted to lieutenant colonel of the regiment. While the regiment was in Scotland, Wolfe studied Latin and mathematics. He also spent periods of leave in Ireland, where he visited family, and in France. From 1753 to 1757, Wolfe and the 20th Foot were stationed in the south of England.

In 1756, war broke out yet again among the European powers. The Seven Years’ War is widely considered the first global war, with fighting in Europe, the Americas, India and at sea. At first, James Wolfe and his regiment, the 20th Foot, were stationed in southern England to prepare against the threat of French invasion.

In 1757, they were part of an expedition against Rochefort, a seaport on the French Atlantic coast. In addition to his regimental duties, Wolfe was quartermaster general of the expedition. After capturing one of the outlying islands, the expedition’s military commander, Sir John Mordaunt, called off the raid. Wolfe went ashore to scout the terrain and urged an attack, but he couldn’t convince his commanding officer. Although the expedition was a failure, Wolfe impressed his superiors, including British Prime Minister William Pitt. He was promoted to colonel of the 67th Foot.

In 1758, James Wolfe was part of the British expedition against Louisbourg. The French fortress was located on Île Royale (Cape Breton Island), near the mouth of the St. Lawrence River. Control of the fortress was essential for British forces attacking Canada from the east. Wolfe was one of three brigade commanders under Major General Jeffery Amherst, who commanded the expedition. The army travelled to North America with a British fleet under British Admiral Edward Boscawen.

On June 2, the British fleet arrived in Gabarus Bay, near Louisbourg. On 8 June, Wolfe and a force of elite troops (mostly light infantry and grenadiers) landed ashore in the face of heavy fire from the French defenders. The British laid siege to the fortress, which surrendered on 26 July 1758. Wolfe distinguished himself during the campaign. He demonstrated bravery during the first landing and aggressively advanced his siege batteries toward the fortress, causing damage and contributing to its surrender.

In September, Wolfe led a British force that destroyed French fishing settlements in the Gulf of St. Lawrence. (See also History of Acadia.) Although the British plan had been to advance up the St. Lawrence River and attack Quebec, the campaign was postponed due to the coming winter. Wolfe returned to England.

Quebec and the Battle of the Plains of Abraham (1759)

In January 1759, James Wolfe was appointed major general and commanding officer of British land forces in the expedition against Quebec. The British forces left Louisbourg in early June and landed on the Île d’Orléans on 27 June. By the middle of July 1759, Wolfe and his men occupied positions on Île d’Orléans, Point Lévis (directly across from Quebec) and the northern shore of the St. Lawrence River, close to a French army encampment at Beauport. But the French were difficult to dislodge, owing to Quebec’s battery of guns and the strong currents of the St. Lawrence River. On 31 July, the British attacked the French position at Beauport but had to retreat.

Wolfe tried to lure Montcalm, the French commander, into open battle. He first targeted French stores and shipping and then destroyed buildings and countryside around Quebec. But Montcalm refused to attack. In late August, several British ships managed to sail past the city and establish a naval presence upriver. If the British could land an invasion force upriver, it would cut the city off from Montreal and force the French to fight.

Wolfe decided to land at L’Anse-au-Foulon, about 3 km upstream from Quebec City, at the base of a cliff. The advance force landed at just after 4 a.m. on 13 September 1759. By dawn, Wolfe and the first division were on the plateau. By 8 a.m., the entire British force had assembled on the Plains of Abraham. Montcalm decided to attack quickly, but the French were soon pushed back.

Wolfe was shot three times in the first few minutes of battle and died soon after. After hearing that the French force was retreating, he reportedly stated, “Now, God be praised, I will die in peace.” Montcalm himself was wounded during the French retreat and died the next morning in Quebec. Much of the French force withdrew to Montreal. The British laid siege to Quebec, which surrendered on 18 September. Montreal fell in 1760. In 1763, France ceded Canada to the British under the Treaty of Paris.

News of James Wolfe’s death quickly reached Britain, where he was seen as a military hero and martyr, the very embodiment of courage, leadership and patriotism. In his biography of Wolfe, Paths of Glory: The Life and Death of General James Wolfe (2006), Stephen Brumwell refers to Wolfe as the “first truly transatlantic celebrity.” Writers on both sides of the Atlantic extolled his virtues in poetry and prose, as well as from the pulpit. Ballads like “The Death of General Wolfe” were sung across Britain and its North American colonies.

Benjamin West’s painting The Death of General Wolfe (1770) was a sensation. At its London debut, a line of people stretched out the doors of the Royal Academy. Engravings of the painting were distributed throughout Britain and its North American colonies. The image was even reproduced on ceramics and fabrics. British Prime Minister William Pitt called for a national memorial to Wolfe, which was erected in Westminster Abbey in 1772. Wolfe’s celebrity was based on his role as an empire builder — the man who was credited with adding Canada to the British empire.

For more than 150 years, Wolfe was celebrated as a hero of empire in Canada and Britain. This changed, however, in the 20th century. Since the 1930s, historians have challenged Wolfe’s reputation and character. As the British empire crumbled, so, too, did the reputation of Wolfe, who some depicted as incompetent, ruthless and vain. The bicentennial of Wolfe’s death (1959) contributed to this reassessment of his character and abilities as a military leader.

The British “conquest” has long been a divisive topic in Quebec. As Brumwell points out, Wolfe represents oppression rather than heroism to many francophones. The Wolfe monument on the Plains of Abraham, with the inscription “Here Died Wolfe Victorious,” was seen as an affront to French Canadians. In 1963, Quebec nationalists toppled the monument. Two years later, the base of the monument was defaced by rioters. When the monument was re-erected in 1965, the inscription simply read “Here Died Wolfe.” 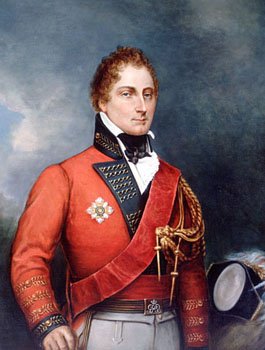 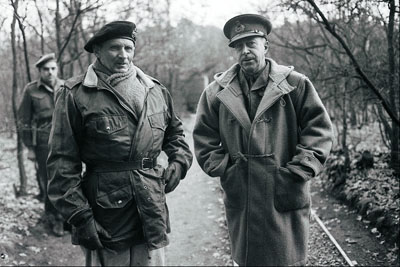