James Madison, career politician, political philosopher, fourth president of the United States (b at King George County, Virginia 16 Mar 1751; d at Orange County, Virginia 28 Jun 1836). James Madison led his nation into war against Britain and its Canadian and Aboriginal allies in the War of 1812, the first major contest of US military strength since the American Revolution, and the first "unpopular war" in US history. The war ended with a stalemate where neither nation secured its war aims, least of all the lofty American goal of "manifest destiny" (US hegemony over all of North America, including Canada) that many American "war hawks" trumpeted during the war. No war monger, Madison found himself pressured into declaring war and was grateful when the chance for peace arose.

A friend and colleague of Thomas Jefferson, Madison was instrumental in writing the Bill of Rights, and served in the Jefferson cabinet as Secretary of State (1801-1809). As the Napoleonic Wars waged in Europe (1799-1815), American trade interests were caught in the crossfire between the country's two main trade partners, England and France. Worse humiliations awaited the Americans, when British warships began to abduct US sailors and "press" them into service in the Royal Navy. Madison initiated an embargo against the former mother country, choosing economic instead of military power to solve the crisis, which hurt the US economy more than the British. It also made him unpopular. Dislike for Madison and for the British simmered simultaneously as Jefferson picked Madison as his successor. Resentment against Britain grew throughout the early 19th century, as the War Hawks, a group that included Henry Clay and John C. Calhoun, stirred up emotions and charged the British with fanning war flames among the Aboriginal peoples in the west to halt American expansion.

Unable to stem this tide, Madison sent his war message to Congress. The vote was far from unanimous: 79-49 for it in the House, 19-13 in the Senate. America was again at war with Britain, but without the firm and powerful conviction, ideals and goals of the Revolution. Madison's chief goal was to defeat and occupy part of Canada, which many in the US believed would eventually be absorbed into the United States anyway as the nation grew. By defeating British forces in North America, Madison hoped to end British abuses of US citizens and trade for good.

Despite having declared war and begun military operations against their enemy, Madison found his nation initially unprepared for serious or sustained campaigns. The results were humbling, starting with the surrender of Fort Detroit in 1812. US forces began to stymy British success by 1813, which they followed with victories and occupation on Canadian soil, but poor war preparations and difficult logistics meant they could rarely press the advantage and soon found themselves on the defensive against British, Canadian and Aboriginal troops. However, the Americans were much more effective on the Great Lakes, winning a series of battles including the battle for production of war ships.

But that did not stop the British from pressing their land forces closer and closer to Washington, and now, with the wars over in Europe, the British ranks were swelling with the battle-hardened soldiers who had fought in the harsh and victorious campaigns that crushed Napoleon Bonaparte's Grande Armée. Riding on horseback to Bladensburg, Maryland, Madison assessed on his own the military strength of the British forces, concluding that the American militia's chances were slim. While he was gone from the capital, the British carried out a daring and terrible raid and ransacked the White House and the capitol building, setting fires and raising hell as payback for the sacking of York (Toronto), which the Americans, after defeating the British, had vandalized and set ablaze 27 April 1813.

But British victories were soon repelled, and with control of the lakes and successful operations in Baltimore and later New Orleans, Madison's war efforts were now finding the public stirred up and supportive. But it was too late. By 1814, both American and British leaders were tired of the conflict, and, finding themselves in mutual agreement, signed the Treaty of Ghent in 1814. The Treaty's resolutions essentially pretended the war had never happened. Territory and prisoners were returned. Old boundaries were re-established. It was a war for which peace became the only of sign of victory.

Madison survived this first unpopular war in American history. No lover of military affairs, he quickly turned his attention to matters of economics, law and trade, but now keenly knew the value of a well armed and prepared army and navy. 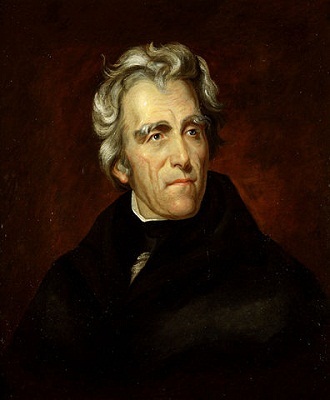