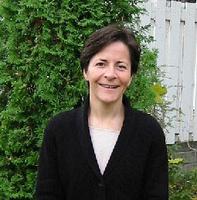 Isabelle Panneton's catalogue includes some 20 works, which have been performed both in Quebec and abroad, notably in Paris, Vienna, Geneva, and Brussels. In 1985 she won the PRO Canada chamber music prize for Surimpression (1984) for flute, clarinet, tuba, and piano; her work Voilage (1984) for flute, oboe, clarinet, bassoon, piano, and string quartet was chosen by the CBC to represent Canada at the International Tribune of UNESCO in Paris. À la légère (1985) for mezzo-soprano, flute, clarinet, bassoon, piano, cello, and double-bass was premiered in Liège in 1985, during the Festival de Wallonie, under the direction of Claude Ledoux. Récits (1987), for large orchestra, was premiered in 1989 by the Orchestre métropolitain, and Chants d'août (1988) for flute and piano was premiered the next year by Lise Daoust and Louise Bessette at Victoriaville's Festival de musique actuelle. Tierce en Trio (1990) was performed by the Société de musique contemporaine du Québec (SMCQ) Trio in 1991 and Trois fois passera (1991) for string orchestra was given by the Orchestre de chambre de l'Estrie in 1991, under Marc David. Her more recent works include Sur ces décombres et floraisons nouvelles (1995) for violin and piano, written for the Olga Duo; Travaux et jeux de gravité for chamber orchestra, premiered in September 1999, and later recorded by the Nouvel ensemble moderne (NEM); and L'arche de Noé, an opera for young audiences (libretto by Anne Hébert), which was premiered in association with Les Coups de théatre, L'Opéra de Montréal, and the NEM in 2004. Panneton's music has been recorded on several discs, among them Traits, Écart, and Réparties (1982-4) for piano, recorded on CD by Louise Bessette (SNE 553); Cantate de la fin du jour for soprano, choir, and orchestra, by the Ensemble Contemporaine de Montréal in 1996 (Fonovox); and Volando, a violin concerto featuring Julie-Anne Derome, by the SMCQ under Walter Boudreau for the CD Trois Concertos, which won a 2005 Opus award.

Though Panneton was once rarely heard outside Quebec, her reputation and works have become widely disseminated. Her music has been played as far afield as Australia, and she was the focus of CBC Radio's Two New Hours in April 2001. Her music seeks to create relationships between sounds, by way of playfulness or rigour, that produce harmonic and melodic motion, "one caught within the other" (Circuit, vol 10, no. 1, 1999). She claims her music has no concrete message but that, inevitably, it carries an imprint of herself and her emotive world.

Isabelle Panneton taught theory and analysis at Concordia University 1987-95, when she became a professor of composition at the University of Montreal. She has contributed to the periodicals Sonances, Circuit, and MusicWorks as well as to the Encyclopedia of Music in Canada. She began to sit on the artistic committee of the SMCQ in 1996, and is an associate of the Canadian Music Centre. She is the sister of Hélène Panneton.