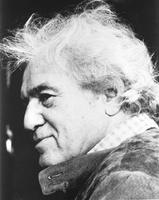 Layton emigrated with his family from Romania to Montréal before age one. He took his BSc in agriculture at Macdonald College at McGill University in 1939. He served briefly in the Canadian Army during the Second World War between 1942 and 1943 and then, in 1946, he completed an MA in economics and political science at McGill. After graduation, Layton tutored new immigrants, taught high school at Herzliah, a Jewish day school and a branch of the United Talmud Torahs of Montréal (one of his students was future television visionary Moses Znaimer), and lectured part-time at Sir George Williams University (now Concordia University), where he later held a full-time position.

The Evolution of a Poet

While still in high school, Layton met David Lewis, the future architect of the New Democratic Party and member of Parliament. (Lewis was the father of prominent AIDS activist Stephen Lewis and the grandfather of broadcaster Avi Lewis). Lewis helped spark Layton’s interest in politics and social theory, inspiring him to read Karl Marx and Friedrich Nietzsche. More importantly, Lewis introduced Layton to the poet A. M. Klein. It was Klein, who also served as his Latin tutor, who spurred Layton’s interest in poetry.

In college, Layton was one of many young Montréal poets — including John Sutherland, Raymond Souster and Louis Dudek — who believed they were effecting a revolution against the insipid romanticism of the older generation of poets. Layton theorized that poetry should be "vital, intense, subtle and dramatic," and his work is ample proof of his description.

He published his early poems in First Statement (1942–45), a journal edited by John Sutherland. Layton remained on the editorial board of Northern Review, the journal that resulted when First Statement merged with Preview in 1945. In 1952, he assisted Louis Dudek and Raymond Souster in founding Contact Press, a co-operative publishing outlet for Canadian poets.

Of the poets who emerged in Montréal during this period, Layton was the most outspoken and flamboyant. His satire was generally directed against bourgeois dullness, and his famous love poems were erotically explicit.

The first volume of his memoirs, Waiting for the Messiah, was published in 1985.

A Red Carpet for the Sun, published in 1959, marked the beginning of Irving Layton's long association with publisher McClelland and Stewart. It is also the only one of Layton's books to have won the Governor General's Award. It includes poems reprinted from 12 previous collections and contains much of his best work: "The Birth of Tragedy," "The Cold Green Element" and "Berry Picking." It also contains a typically robust Layton foreword, in which he castigates other poets as "insufferable blabbermouths" and proclaims his own "impeccable ear for rhythm."

At his height, Layton was Canada’s most celebrated poet. Along with Al Purdy, Margaret Avison and Michael Ondaatje, he was one of the few Canadian poets to garner an international reputation. In 1967, Layton received a Canada Council award on which he travelled to Israel, Greece, India and Nepal. He was poet-in-residence at a number of Canadian universities and professor of English at York University from 1969 to 1978. Layton was nominated by Italy and Korea for the Nobel Prize in 1981. Throughout his career, he excelled as a dramatic reader of his verses, and some performances were recorded.

Even in the last decade of his life, his poetry continued to inspire praise, outrage and criticism. Henry Beissel and Joy Bennett compiled an important critical study called Raging Like a Fire: A Celebration of Irving Layton (1993). In 1995, Francis Mansbridge, editor of Layton's letters, published a biography entitled Irving Layton: God's Recording Angel. A new edition of A Wild Peculiar Joy: Selected Poems, edited by Sam Solecki, was published in 2004.

Famously generous with his time for younger poets, Layton was a major influence on Leonard Cohen, Eli Mandel and Al Purdy. In 1999, Layton's son, David, rekindled interest in and controversy about his father with his less-than-adoring look at the man in Motion Sickness: A Memoir. Narrated by a son dealing with his conflicting feelings towards a famous father, the memoir provides a new perspective on the poet, who was notorious for his egotism and his capricious treatment of women, including his five wives. It remains to be seen whether this concern with biography and persona will ultimately overshadow Layton’s poetic legacy.