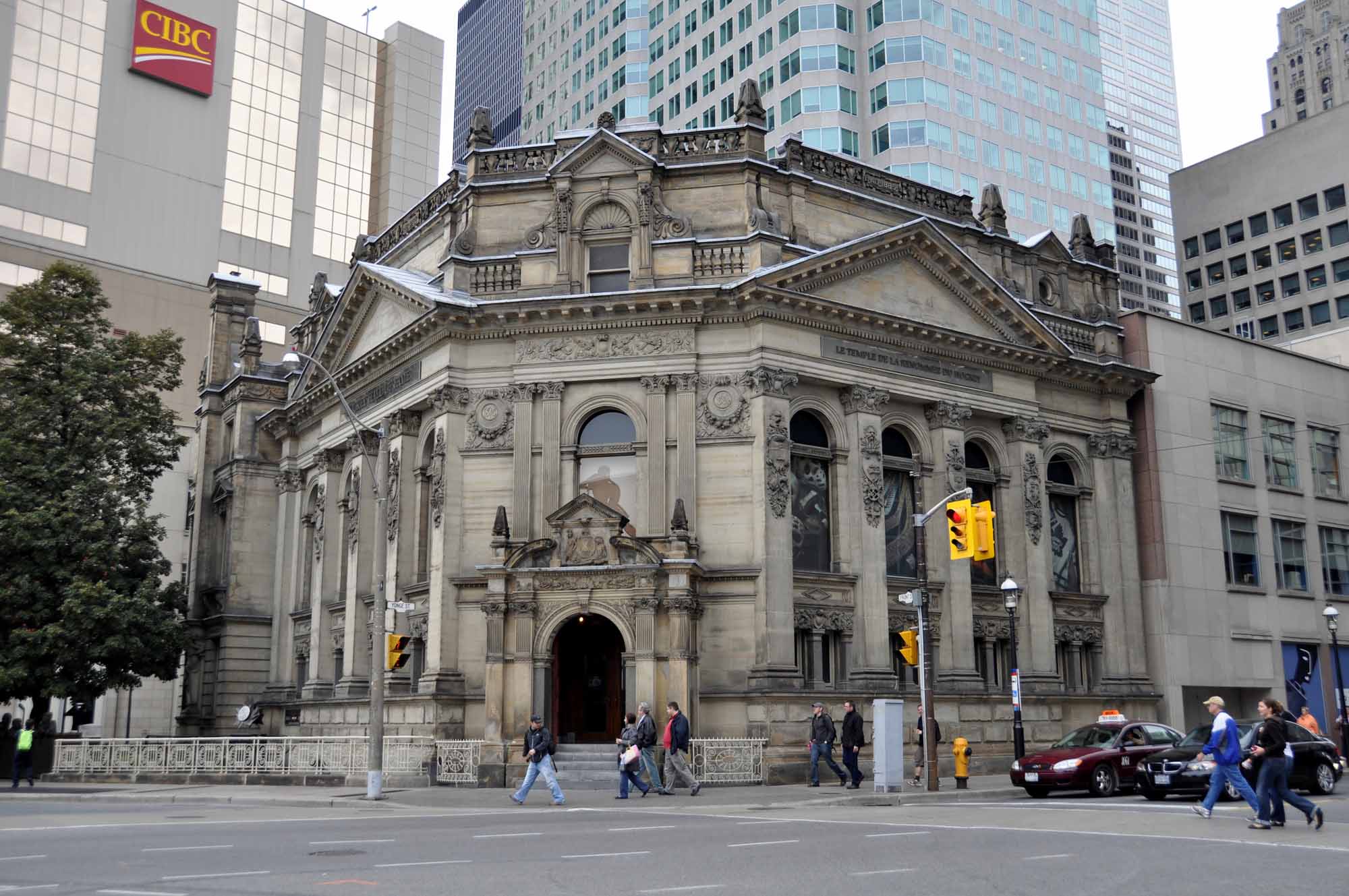 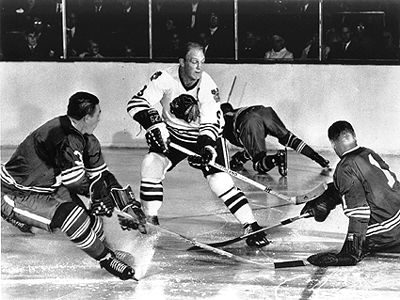 Hall of Famer Bobbie Hull in a game between the Black Hawks and Maple Leafs, 1960 (courtesy Library and Archives Canada/C-29558).
PreviousNext

The Hockey Hall of Fame, founded on 10 September 1943, was the result of meetings of the NATIONAL HOCKEY LEAGUE and the Canadian Amateur Hockey Association. Kingston's mayor, Stuart Crawford, was elected its president. Today, the Hall consists of a rare collection of priceless artifacts, multi-media exhibits, interactive games, a showcase for the Hall inductees and a special display for the original STANLEY CUP.

The buildings at Exhibition Place, Toronto, were officially opened in 1961 by Prime Minister John G. Diefenbaker and United States Ambassador Livingston T. Merchant. In 1993 the Hall moved to a new home on Front Street in Toronto. The Hall continued its expansion plans and, in 1998, the Hockey Hall of Fame opened the World of Hockey Zone, a 325 square-metre area dedicated international hockey competition, World and Olympic hockey highlights and the International Ice Hockey Federation (IIHF) Honour Roll exhibit. As part of its millennium project, the Hall of Fame allocated over $12 million on exhibit enhancements between 2000 and 2006. Though the MCI Great Hall and replica MONTREAL CANADIENS dressing room remained as-is, the remainder of the facility was refurbished and enhanced. In 2008 the Hall unveiled plans to relocate its Hockey Resource Centre and Archives ("HRCA") to a new 1672 square-metre location Toronto's Lakeshore West district.

An 18-person governing committee comprising representatives from the NHL, the CAHA, Metro Toronto and the Canadian National Exhibition Association administers operations, as well as electing builder members. A selection committee composed of knowledgeable persons from the game and the media considers player candidates. A maximum of 3 player members may be elected annually, with consideration based on playing ability, integrity, character and contributions to team play and to the game of HOCKEY. Some 300 players, builders and officials have been honoured in the Hall, including the great Soviet netminder Vladislav Tretiak, the first international player to be so honoured.

Typically a player or on-ice official must be retired for a minimum of 3 years to be considered for induction, but the Hall has made exceptions for only 10 players in its history, including Wayne GRETZKY. However, following Gretzky's induction the Hall created a new mandate to make no exceptions to the induction rules regardless of circumstances.

Soccer Hall of Fame and Museum