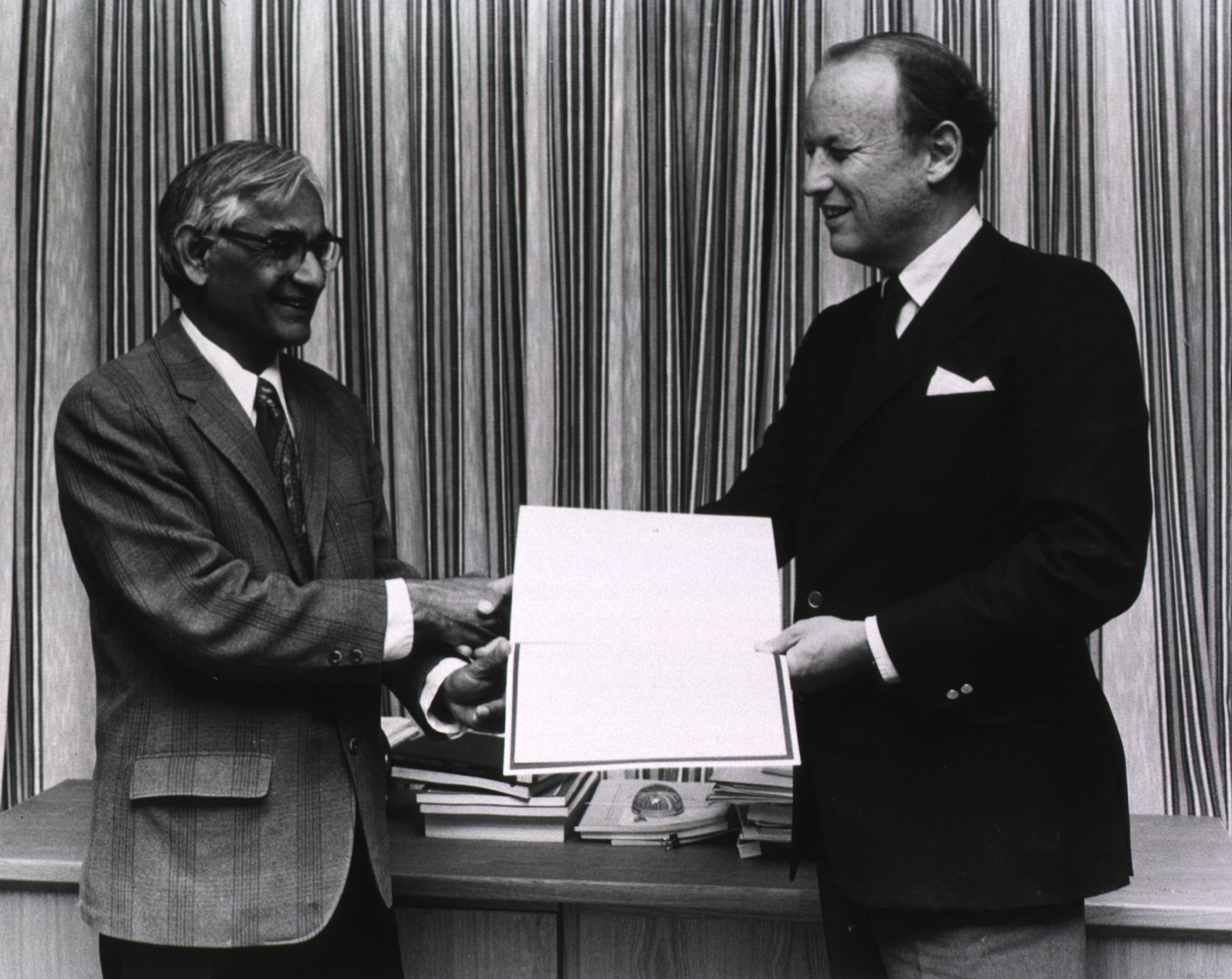 Har Gobind Khorana, Alfred Sloan Professor of Biology and Chemistry at the Massachusetts Institute of Technology, and Donald S. Fredrickson, director of the National Institutes of Health (NIH) are shaking hands while holding the NIH lecture award. (1978)

Gifted with a photographic memory, relentless drive, high standards and exquisite experimental dexterity, Khorana soon made an international reputation. Attracting a group of brilliant scholars, he succeeded in synthesizing pure ATP, the cellular source of energy. He made co-enzyme A, a complex molecule, important in metabolism. He showed how enzymes break down DNA, studied cyclic precursors of DNA, and discovered how to join building blocks into chains of DNA. Each discovery opened up new vistas for research.

In 1960, Khorana went to the United States where he proved the triplet DNA code and synthesized a gene in a test tube. When he earned a Nobel Prize for medicine in 1968, he pointed out the importance of the Vancouver work and acknowledged three scientists, all at the University of British Columbia.