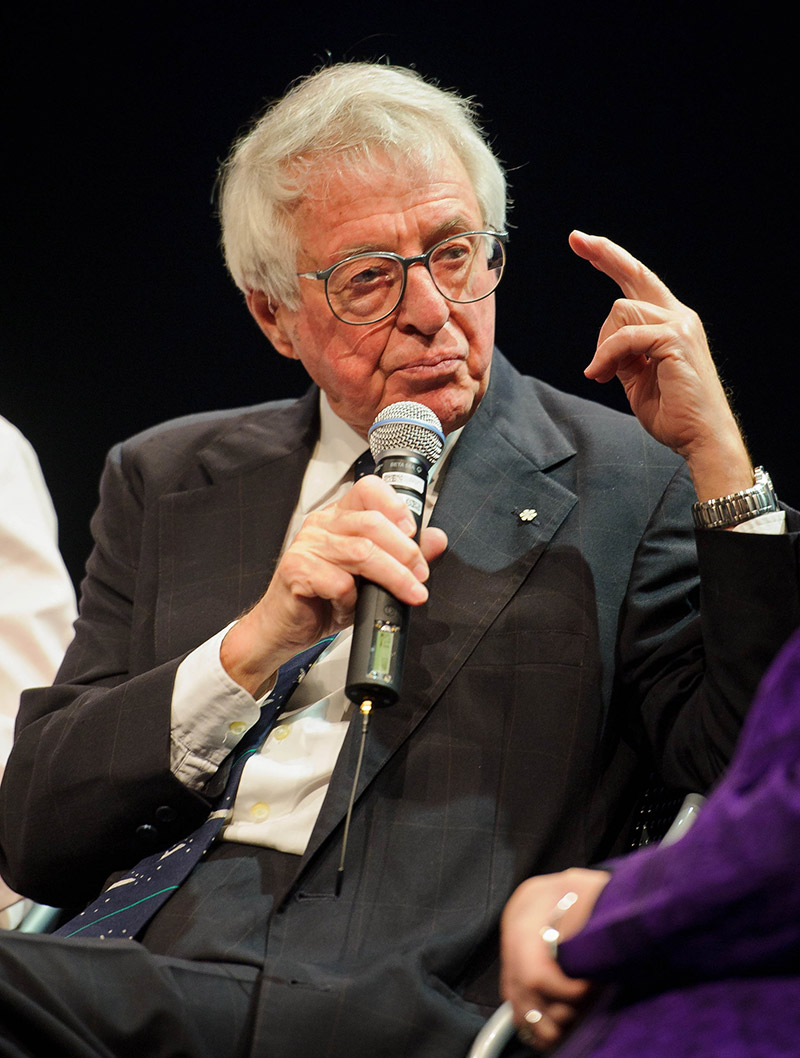 Graeme Ferguson, IMAX camera co-inventor, director and producer talks during a panel discussion about the IMAX cameras that flew aboard the space shuttle during a presentation in the Moving Beyond Earth Gallery at the Smithsonian National Air and Space Museum, Wednesday, April 4, 2012.

Ivan Graeme Ferguson, filmmaker, executive. While pursuing a Bachelor of Arts degree at the University of Toronto, Ivan Graeme Ferguson was selected as a summer student in 1950 by the National Film Board of Canada, where he received his early training as a filmmaker. For much of the 1950s and '60s, Ferguson worked as a freelance filmmaker, mostly in the US. Following the presentation of his multi-screen production Polar Life, produced with Roman Kroitor and Robert Kerr at Expo 67 in Montréal, the collaborators, along with engineer William Shaw, began developing what would become the IMAX (an adaptation of the term "maximum image") film format. The format had its premiere at the World's Fair in Osaka, Japan, in 1970, and Ferguson served as president of the newly formed IMAX company until 1990. There are now over 250 IMAX theatres operating in 36 countries.

Ferguson has been the recipient of numerous awards and acclaim for his contributions to the film industry, both in Canada and internationally. Notable distinctions include a Genie Special Achievement Award for outstanding contributions to the Canadian Film Industry in 1986, and the Royal Canadian Academy of Arts Medal in 1990. He was named a member of the Order of Canada in 1993 and received an honorary doctorate from the University of Bradford in 1994. In 2005 he was the recipient of the Kodak Vision Award from the Large Format Cinema Association.