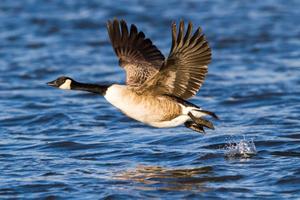 The goose is a member of a widespread group of waterfowl ranging in size from the giant Canada goose (Branta canadensis maxima) to the diminutive cackling goose (B. c. minima). The term goose is applied to many species of waterfowl in the Southern Hemisphere, but the only true geese are found in North America, Europe and Asia.

There are 7 species of geese in North America, 5 of which breed in Canada. Most species breed in the Boreal Forest and Tundra. Geese in Canada are intermediate in size between swans and ducks.

The Canada goose may have as many as 50 distinct races and variations, ranging in size from the cackling goose of Alaska (1 kg) to the Canada goose of Manitoba (10 kg); all have the same general pattern of black neck and head with a white throat patch. 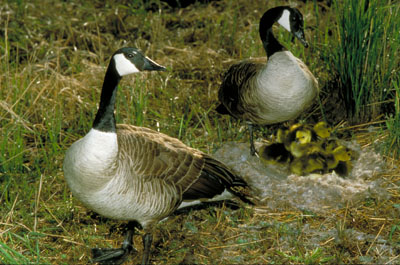 The Canada goose may have as many as 50 distinct races, ranging in size from the cackling goose of Alaska (1 kg) to the Canada goose of Manitoba (10 kg) (Corel Professional Photos). 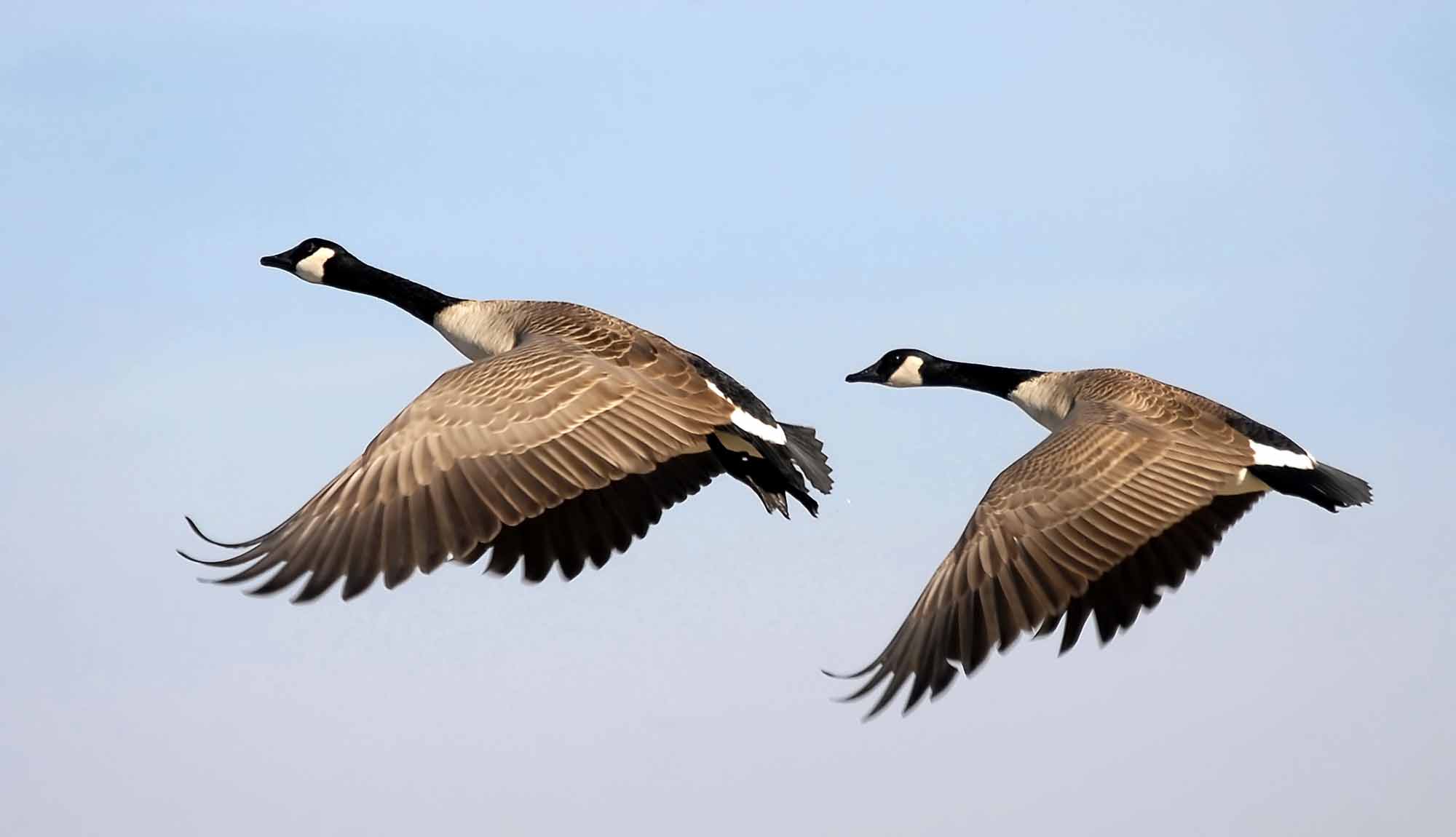 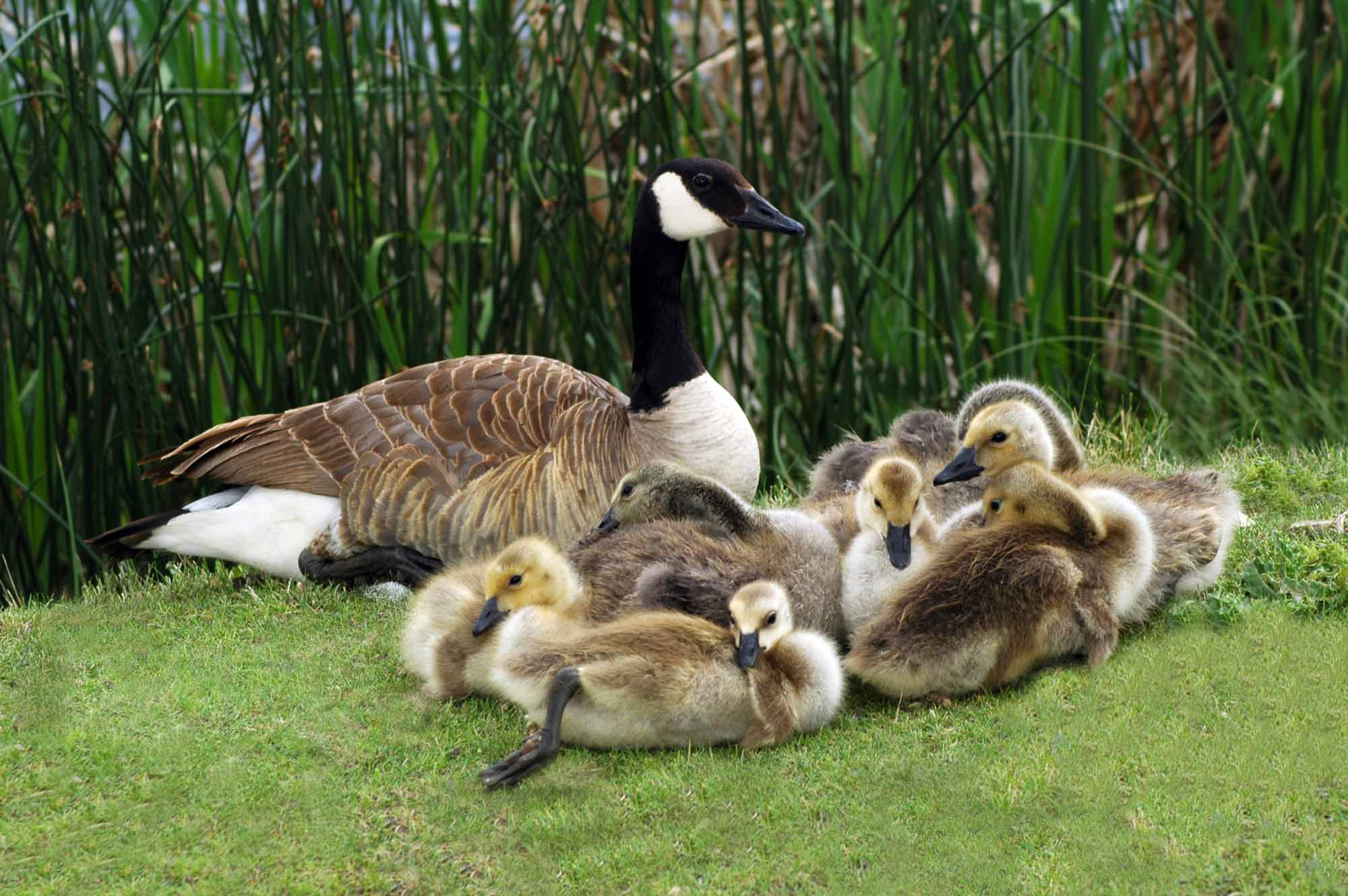 Canada goose with her chicks. 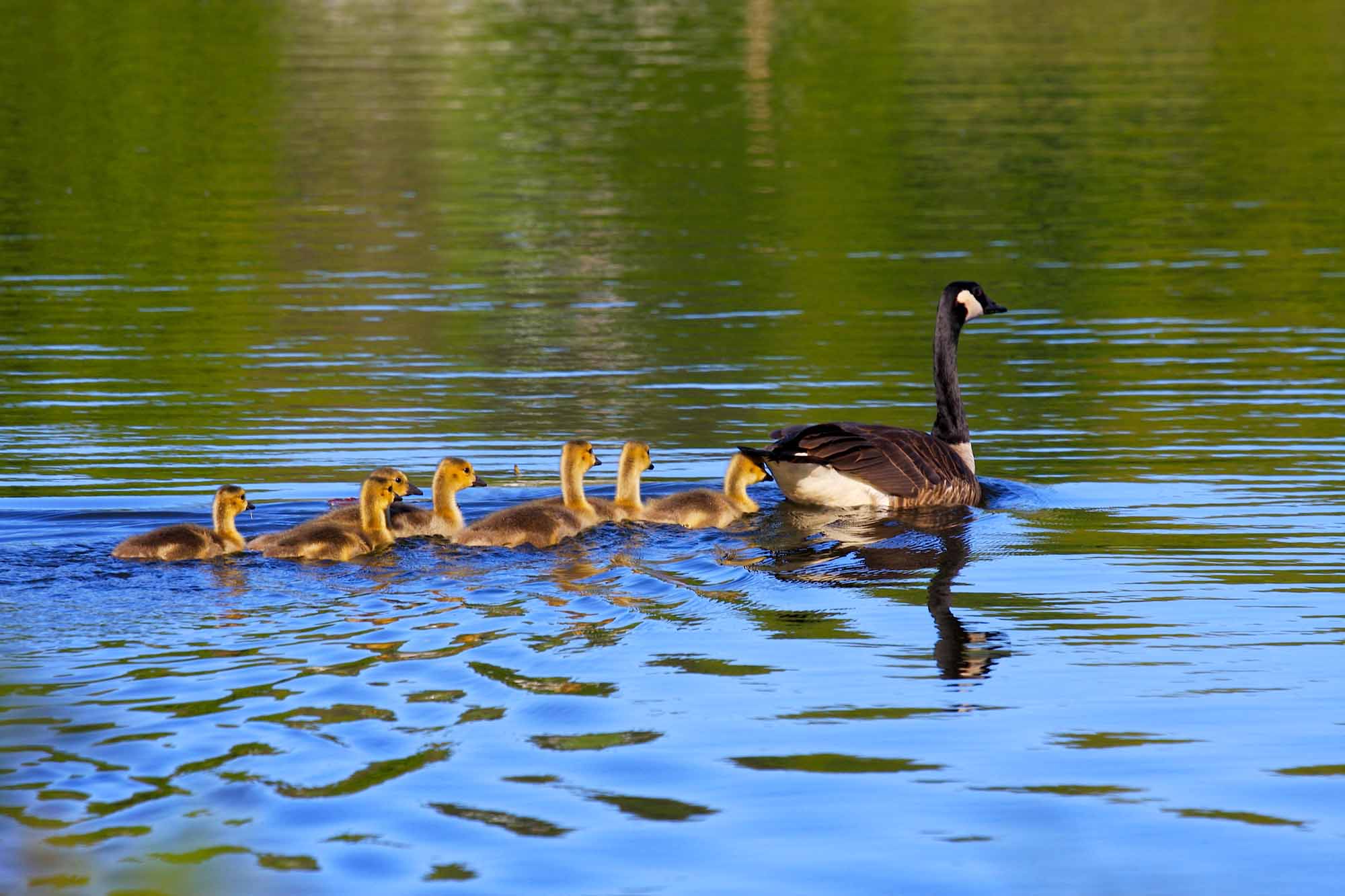 Colorful reflections on the surface of the water surround a family of Canada Geese swimming in a lake.
PreviousNext

The greater white-fronted goose (A. albifrons) is circumpolar, breeding in the arctic tundra.

Geese are believed to mate for life. Males are called ganders; juveniles, goslings. Members of various species may nest singly or in colonies. Usually 3-6 eggs are laid (range 2-9) in a nest of plant debris, moss, etc, lined with down. Both parents care for the young.