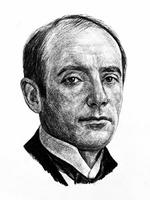 Georges Desbarats invented the halftone, a method of reproducing pictures in newspapers (artwork by Irma Coucill).

Georges-Édouard Desbarats, publisher, inventor of halftone photographic printing (b at Quebec City 5 Apr 1838; d at Montreal 18 Feb 1893). Desbarats briefly succeeded his father (d 1864) as queen's printer in Ottawa (a post held by his family since 1799), but resigned in 1869 to found the weekly Canadian Illustrated News. This was the first periodical in the world to carry halftone photographs rather than engravings prepared by artists using a process invented by Desbarats and his engraver, William Leggo.

The two went to New York in 1873 to found the Daily Graphic, the first daily paper to use photographic illustrations. Canadian Illustrated News appeared weekly 1869-83. Other Canadian periodicals created by Desbarats included the Dominion Illustrated, the Canadian Patent Office Record and Mechanic's Magazine. 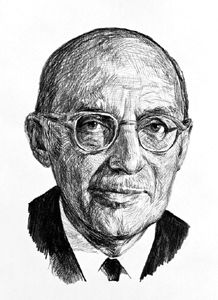